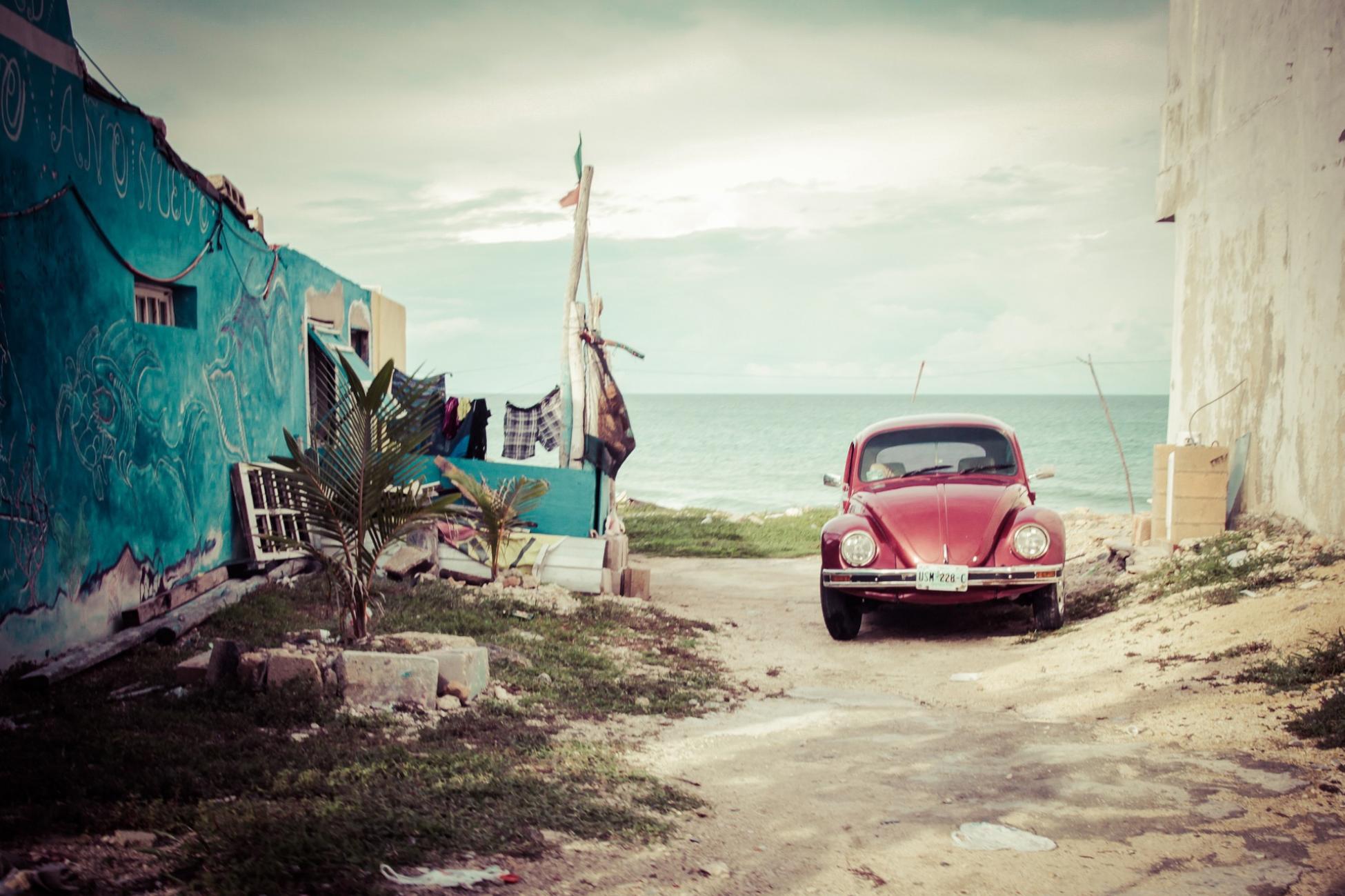 How life in Mexico involves equal doses of teaching and learning.

"Teacher, can we check my assistance?" a student asks me at the end of the class.

"Assistance?" I stop for a beat and then remember that the verb asistir in Spanish is "to attend." She wants to check her attendance record.

A few months ago this would have left me puzzled, but I feel I've mastered a fair few of those pesky false cognates by now.

It wasn't always like this. While buying travel insurance once, a worker asked me "bebes?" ("Do you drink?") I happily told her that no, I didn't have any babies.

For a long time I also repeatedly confused the words mantequilla (butter) and manzanilla (chamomile) resulting in asking for "tea of butter" a few times. When I went away with some friends to the similar sounding Manzanillo, a beach town, I kept telling people how excited I was to visit the beach at "Mantequilla" and wondered why no one seemed to know where I was talking about.

Another time I unwittingly referred to a coworker as dumb because of pronunciation problems; a nickname for people called Eduardo is Lalo however if you pronounce it wrong and say "lelo" this translates to an insult akin to "dumbo."

There are endless obstacles like this in learning a new language: collocations, pronunciation, and false cognates (when a word sounds similar to that of a word in another language but means something else. For example, actualmente doesn’t actually mean "actually"; it means "currently.") These are the common mistakes of language learners, made by myself in Spanish, and my students in English. (I've lost count of the number of times a student has referred to a suit as a "sweet" or told a fellow classmate to "put more attention.")

The most challenging part of living in Mexico has undoubtedly been the language and how much more difficult this makes navigating even the most basic of tasks and social situations. I can adjust to the multitude of other differences here: the weather, the fluctuating work schedule, the different eating hours, and even the spicy food that waiters insist isn’t spicy, but leaves your mouth feeling like the innards of a volcano. But language is more difficult; it is far more complex and full of intricacies and rules and exceptions to those rules. Language takes more time.

In my simultaneous attempts to speak Spanish and impart my knowledge of English, I have found myself noticing and analyzing (there's that English Literature degree at use) differences between the languages and what they mean in relation to culture.

Differing approaches to time and money

I mentioned in a previous post how the approach to time-keeping is less strict here. English has a number of future tenses, meaning English speakers are often goal-driven, always looking forward. Spanish speakers tend to hover more in the present and the past. The future is uncertain so why worry about it too much.

In Spanish, you cannot "gastar" (spend) time. Instead, you "pasar" (pass) it, which feels much more carefree. And rather than waste time, you happily, carelessly "perder" (lose) it, as if almost accidentally.

In English you can spend time, and you can waste time, both of which have connotations to money. In English, time is money; "to waste" implies a carelessness to using time unproductively. The more relaxed Latin American attitude is reflected in the language. In Spanish, you cannot gastar (the literal translation of spend) time. Instead, you pasar (pass) it, which feels much more carefree. And rather than waste time, you happily, carelessly perder (lose) it, as if almost accidentally.

English is a Germanic language, whilst Spanish is a Romance language. There are a number of ways to translate the verb "to love" in Spanish: amar, encantar, querer. You might use encantar to describe a thing or an activity you really enjoy, amar generally for a romantic relationship, whilst querer is more like "to want"; it can be used romantically but you could use it equally in a friendly way.

I discussed this idea with a friend recently. He wanted to know how you would say "te quiero"—literally translated, "I love you," to a friend. I told him that yes, you could say "I love you," or perhaps a more casual, "love ya," but that was normally reserved for romantic relationships. He pondered the correct way to translate the sentiment.

"I guess it's kind of like saying 'I appreciate you,'" he concluded.

I laughed. Translated like that, it sounded so cold and business-like compared to the heart-on-sleeve, outright Spanish "I love you."

Teaching English abroad has shown me how language and culture are often intertwined. To learn a language not only improves your communication, but can also give you a greater understanding of and integration with the culture and people who use it.

Even though I may still order the occasional butter tea, poco a poco, little by little, I’m learning to speak Spanish and in turn learning more about Mexico, and vice versa.

It hasn’t always been easy to adjust, but I love and appreciate you Mexico.