You are here: Home/ Articles/ Work Abroad/ Blogs/ An (Unusual) Day in the Life of an English Teacher in Mexico 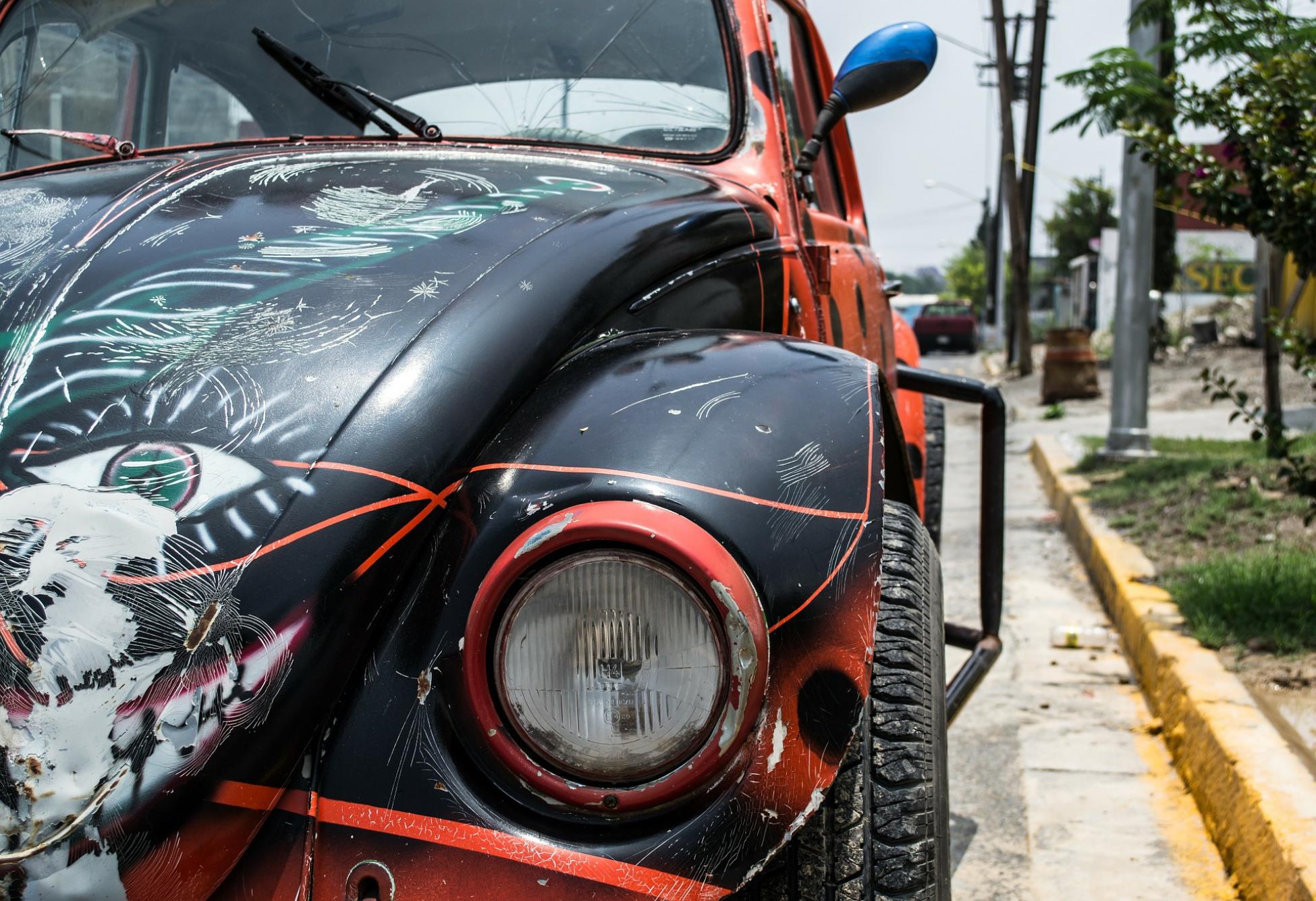 How a day of unexpected events reminded me of where I am.

It was 9 am on a Tuesday and I should have been in the middle of a company class, explaining the passive voice to a group of engineers. Instead, I was drinking coffee in my mechanic's kitchen as a kitten played with a discarded toilet roll by my feet.

Life in Mexico had begun to feel slightly stale, less foreign. I was in a routine. I woke up, taught classes, planned classes, ate, slept, repeated. So Mexico decided to throw me a curve ball that day, to keep things interesting.

The day had started out normally. I was on the way to some company classes about 20 minutes from my house. I drive an old version VW beetle (known here as vochos) and while I love it, it's not the most reliable car. Pulling onto a slip road I felt the familiar snap of the accelerator pedal under my right foot and sighing, let the car drift to the side and flicked on the hazards.

I tried to push the unwise Google search results that had predictably told me my appendix was about to explode to the back of my mind.

I had a pang of pain in my lower right-hand side. I'd been feeling it for a few days now and had an appointment with a homeopathic doctor who worked with magnets later that day. I was dubious but my boyfriend insisted that this guy was legit so I tried to push the unwise Google search results, which had predictably told me my appendix was about to explode to the back of my mind.

I checked my phone: 7:50am. It was still pretty early. I first called Paty, coordinator of the classes I was on the way to, to explain we'd have to postpone.

Next I dialled the number for Eduardo, the mechanic who'd fixed my vocho before, and apologized for calling so early. He sighed as I explained the problem. "There's a way to drive with only the clutch so we can get it to the workshop, I'll show you, I'll be there in 10," he said.

I waited, and munched on some pomegranate seeds I'd packed as a midmorning snack. In the wing mirror I could see a pyjama-clad woman hobbling towards me and as she approached she stopped and knocked on the window.

"I'm your mechanic," she announced in perfect English.

She smiled. "I'm Eduardo's mum; my name is Laura. He's getting petrol at the corner but I told him to drop me off because it's horrible when you're waiting by yourself."

She was an ex-teacher herself, which explained the perfect English. We chatted and a few minutes later Eduardo arrived, and we took the cars back to the workshop.

"Wellll, it's early, we still need to have showers and breakfast. . ." they announced after we had parked up. I was suddenly an extra part. A plan was proposed to go back home, shower, eat, and then set out to find the part needed and fix the vocho. They checked with me if this was ok. I assured them it was fine but didn't want to impose. "Of course not," they insisted, "just as long as you like animals."

Upon entering the house I was met by several dogs and cats, all of which had been adopted from the street, and Laura shooed half of them into the back yard whilst Eduardo went to shower.

"Eduardo, do you want eggs with beans or beans with eggs?" she shouted. (Apparently there was a difference. Or possibly it was a joke that went over my head.) I perched on a seat in the corner of the kitchen as Laura made eggs and beans (Or was it beans and eggs?) and we chatted more about the life of an English teacher over coffee.

A mere three hours later I was driving away with a fixed vocho and a caffeine hit, but unfortunately still a dull pain in my right abdomen. Not to worry, I was just in time for my second appointment of the day: the magnet doctor.

At the doctor's office I stared at the white ceiling of the assessment room. The doctor was muttering various diseases and body parts as he shook my feet and every so often placed a red or black magnet on some part of my body.

"Everything in the body is magnetism," he explained. The diagnosis was an intestinal infection, which was putting pressure on my appendix, and we needed to monitor it in case it worsened. I left with instructions on where to place the magnets for 20 minutes every day and a bottle of drops to take every three hours.

At work later that day I explained my problem to a fellow teacher.

"Have you been to the doctor? What did they give you?"

"Drops?" she laughed. "Was it a witch doctor? Did he also dance around you with leaves?"

"Well they say that everything in the body is magnetism. . ." I began, not entirely believing it myself yet.

"My daughter is a big believer in that," she said. "Be careful, though. I had appendicitis when I was younger and they had to remove it." My side gave a throb, but I pushed melodramatic images of myself keeling over mid-class to the back of my mind and decided to put my faith in the alternative medicine. (I'm happy to report that the healing power of magnets, drops and positive thinking worked wonders and I was completely better within a few days.)

Later that night as I lay covered in precisely placed magnets I reflected on the events of the day. I doubted I could have had a day like this back at home, and was reminded that, although perhaps recently I'd lost sight of it as I rushed between classes, the life I was currently living was still very much a foreign one.