You are here: Home/ Articles/ Work Abroad/ Blogs/ Why It's Time for Me to Leave Mexico (For Now)

Why It's Time for Me to Leave Mexico (For Now) 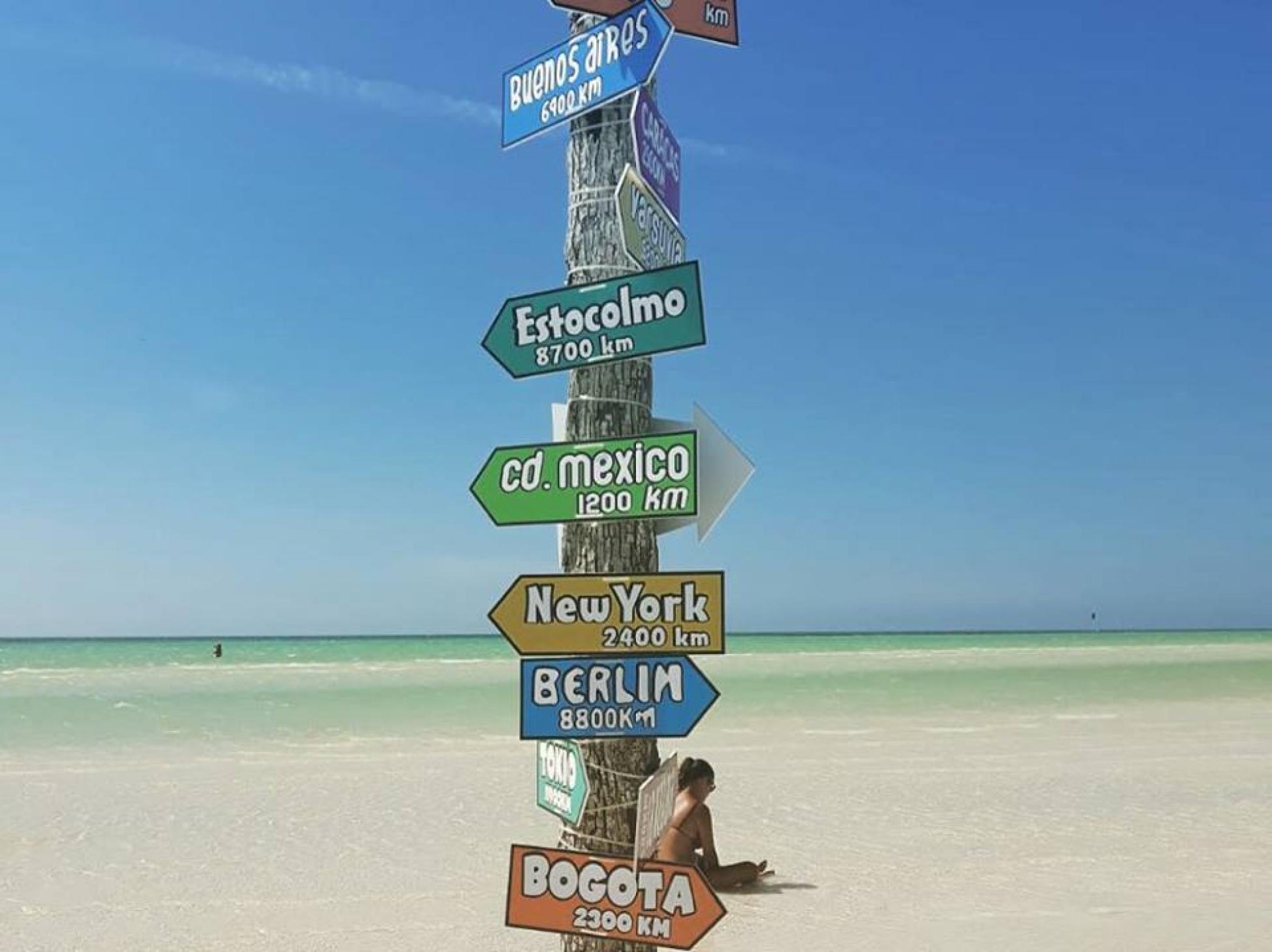 Where to next? Signs on Holbox Beach, Quintana Roo. Kate Buckle
By  Kate Buckle

How to recognize when it's time to move on.

Whenever I talk to anyone from home they ask "how's Mexico?"

It's a simple but enormous question. How could I possibly sum up how simultaneously great and difficult and exciting and lonely life in Mexico is in one Facebook message? So I settle with "good!"

Of course, the truth is more complex. If we're talking "Facebook official,” my relationship status with Mexico is “it's complicated.”

There is a side of living abroad that isn't written about as much, which is the isolation you can feel as a foreigner, particularly when the language isn't your mother tongue. The transition to Mexico wasn't nearly as smooth as it was when I moved to New Zealand.

Despite knowing that “comparison is the thief of joy,” it’s impossible for me not to compare the two experiences. In New Zealand, life was carefree, especially at the beginning when I lived in a hostel and partied several times a week. I didn't have much money, but I never stressed about it in the same way as in Mexico, where rent eats up a sizeable chunk of my salary and a slow month at work can spell trouble.

There is a side of living abroad that isn't written about as much, which is the isolation you can feel as a foreigner, particularly when the language isn't your mother tongue.

In New Zealand, friends came naturally. Parties every weekend were a given. In Mexico, communication has been more stunted and making friends not so easy. In New Zealand, I never had the frustration of not being able to express myself properly, or doubting whether I was conveying the true sentiment of what I wanted to say.

On days I was feeling down, I would lament these differences. It took a while to come to terms with them; to realize that my experience here would obviously be different. Not better, not worse. I would leave with different experiences, equally as valuable, and another angle from which to view life.

Despite the language barrier and cultural differences—or more likely because of them—it was impossible not to fall in love with Mexico. The people are friendly, the weather is hot, the lifestyle is relaxed, the food is flavourful. Things that initially frustrated or scared me became things I now think fondly about in relation to my time here.

I started to teach, which was something I'd never dreamt of doing. Ultimately, it introduced me to many lovely and hilarious students who were just as intrigued about life in the UK or New Zealand as I was with Mexico. I started freelancing (to an extent); I worked private classes and balanced several jobs at once. I started making a real effort to write and get my work published. I learnt Spanish. I surely still make a million and one mistakes, but I'm understood. I made friends. Not loads of them and I still don't have a proper “group,” but perhaps that taught me something about myself; about how to be alone.

Feeling on the cusp of change

I was in New Zealand for just over two years. Maybe I have some kind of two year limit with places, because after a similar length of time in Mexico, I was ready to go. I'd been feeling on the cusp of change for some time. I felt like I'd come to the end of the road with teaching and I no longer had the same motivation to work. I had an intuition that things were shifting; something was around the corner. But how? Financially I'd never been poorer. A weekend away somewhere was out of the question — let alone moving somewhere else entirely.

Then the jolt that set things in motion. There's that famous saying that compares men and buses. You wait for one for so long and then two come along. The same might be said for life events. Two happened in quick succession that unsettled the dust and shook Bobby and I out of our rut. I'd applied, sort of on a whim, for a job in a primary school teaching English. I didn't think I'd get it and wasn't completely sure how I felt about working with children. But they called me for interview, and then a sample class, and then offered me the job. Teaching first grade, a brand new challenge and the hardest job I've ever done. I'd only been there for about a month when jolt number two came along; a job offer in Austin, Texas for Bobby from an uncle opening a restaurant there. It was now or never, an opportunity he couldn't turn down, and he had to leave with very little notice.

I decided to stay a little longer and do my best with the job, but the time to leave is approaching. I'll join him in the US soon. My Mexican visa will expire in August but I'll return in July to renew it. I don't want to lose the opportunity to come back, should I want to.

There is a quote from Miriam Adeney that I love on the privilege and pain that comes with living in a foreign land. It sums up the swirling mix of emotions relating to places that I have right now; my cravings, verging on nostalgia thinking back on New Zealand, a yearning for my homeland and to be on European soil again, sadness about leaving Mexico, and excitement at a potential new life in Austin:

“You will never be completely at home again. Because part of your heart will always be elsewhere. That is the price you pay for the richness of loving and knowing people in more than one place.”

For several months in Mexico, when work was sparse, I barely afforded my rent and groceries. In these moments I thought that I was poor; quite the contrary; it is a privilege to be able to be here in the first place, and I am richer for the experience of it.