You are here: Home/ Articles/ Work Abroad/ Blogs/ I Never Wanted to be a Teacher. Now, I'm Doing Just That in Mexico.

I Never Wanted to be a Teacher. Now, I'm Doing Just That in Mexico. 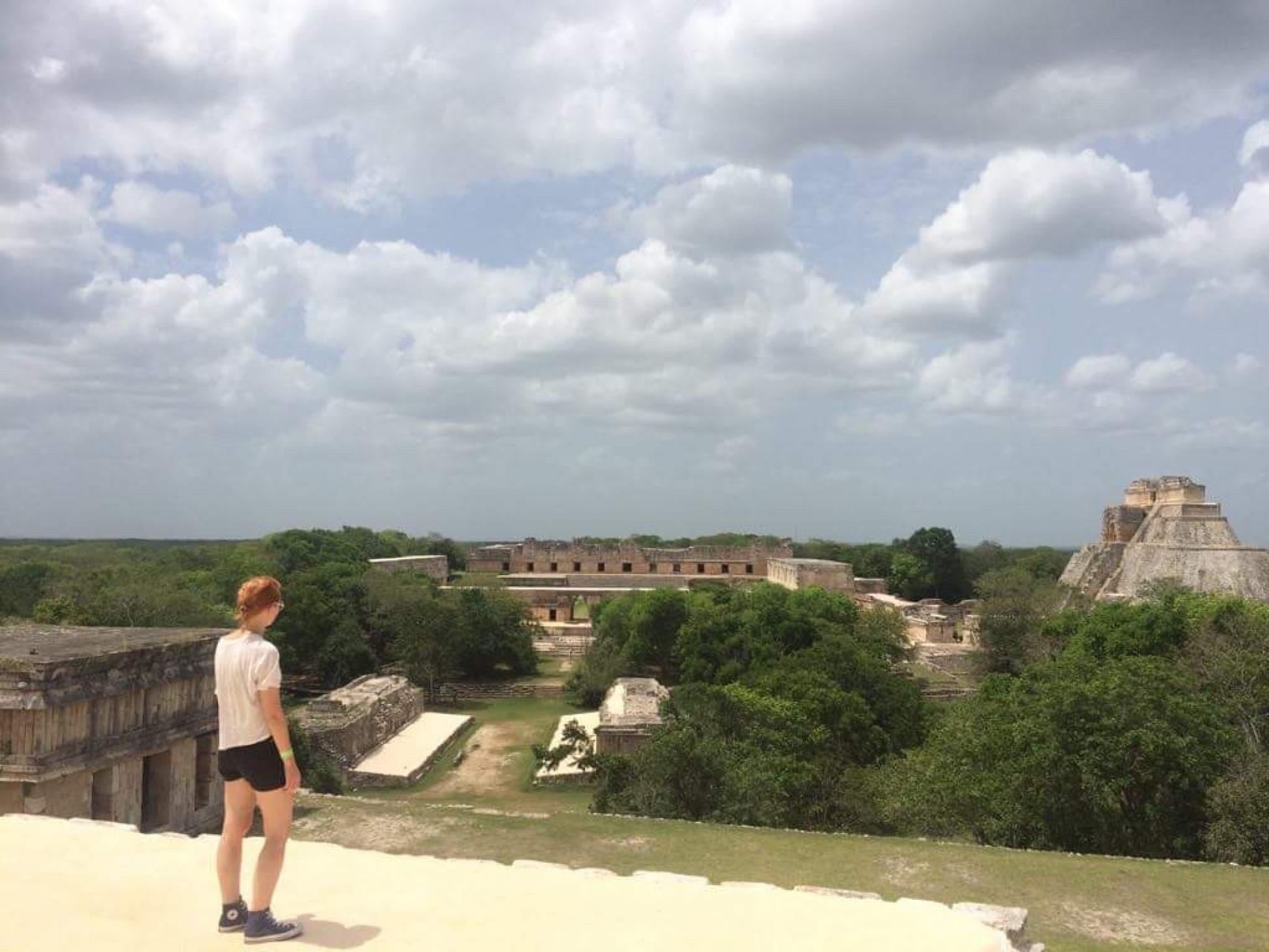 Kate in Mexico, visiting the Uxmal ruins in the Yucatan. Kate Buckle
By  Kate Buckle

It was almost a fate I couldn't avoid.

Being a teacher was never something I planned to do. It was actually something I very much planned not to do.

I studied literature at Birmingham University. Since my degree was not career-focused (such as medicine or law) the kind of job options it allowed was a common topic of conversation:

"What are you studying?"

"Uh, cool. So what kind of job can you get with that?"

"Are you going to be a teacher?"

I had nothing against teachers, but I didn't think I was cut out to be one myself. To teach, you have to be confident speaking in front of an audience (10-minute presentations in front of my university seminar group made me shaky). You have to be able to control and hold the attention of a group of people (I had the voice of a mouse). You have to be tidy and organized (nope) and care about grammar (double nope).

So how did I end up teaching? And why Mexico?

I met my Mexican boyfriend in New Zealand on a rite of passage/still-not-really-sure-what-I´m-doing-with-my-life post-university gap year that turned into two. We both worked in a hostel, where slightly high on the fumes of cleaning liquids, freshly baked bread (part of our job was to make this every morning for the guests´ breakfast) and the other various odours that the hostel emanated we fell in luuurve. I joke, it was not exactly like that. (But also, not exactly not like that.)

After cleaning hostels, working in a variety of bars, cafes, farms, and a laundry factory, as well as travelling around in a converted camper van, those New Zealand visas were up and it was time to leave. Decision-time. He had a Mexican passport, I a UK one. My sense of adventure had been sparked by life in New Zealand and rather than go home and get a proper job I now dreamt of sampling life in a very different culture—Mexico.

The thought of teaching scared me—terrified me, in fact—but it was my only legitimate job option.

The problem this presented was that if I went to Mexico, my only legitimate job option would be to teach because I didn’t speak Spanish. The thought of teaching scared me—terrified me, in fact—but it was somehow more appealing than the thought of returning to England and attempting to pull myself onto some kind of career ladder.

So, I returned home for three months to save and sort getting a visa. Various confusing Spanish emails, Skype calls, armfuls of paperwork and a trip to the Mexican Embassy in London later, I had a visa stamped in my passport and I was ready to go.

My job is in Aguascalientes, but I flew first to Mexico´s vibrant capital, Mexico City. The flight was a cool 11 hours; plenty of time to rehearse some Spanish phrases and read a Mexico guidebook cover to cover.

Welcome to your new life

After an uncomfortable sleep I stepped off the plane blurry-eyed, messy-haired and armed only with the overly rehearsed phrases of "no hablo Español" and "voy a ser maestra de ingles en una escuela" ("I'm going to be an English teacher in a school").

If Mexican immigration was anything like that of the US I was up for some light intimidation. But as I was called up to the desk I was met with the first of many smiling Mexicans I would encounter in my time here. She asked me something in Spanish.

"Uhh, voy a ser maestro de inglés en una escuela?" I recited the phrase I´d been practicing with a hopeful smile. (Except I messed up; I´m going to be a "maestrA" not a "maestrO.")

Never mind, she nodded in understanding, then smiled and returned my passport.

Welcome to Mexico! She gestured me through to the baggage collection. I had arrived. In a city populated by four times more people than the entire country where I had just spent the last two years. I nodded a nervous gracias and stepped forward into colourful, crazy Mexico City.

Since then, I've discovered that despite my initial resistance and doubts about my ability to teach, I can do it—and I actually enjoy it. Through taking on a job I never thought I could do I have learnt a lot—about myself, about Mexico, and (somewhat against my will) about grammar.