You are here: Home/ Articles/ Work Abroad/ Blogs/ A New Beginning at the End of My Year in Australia

A New Beginning at the End of My Year in Australia 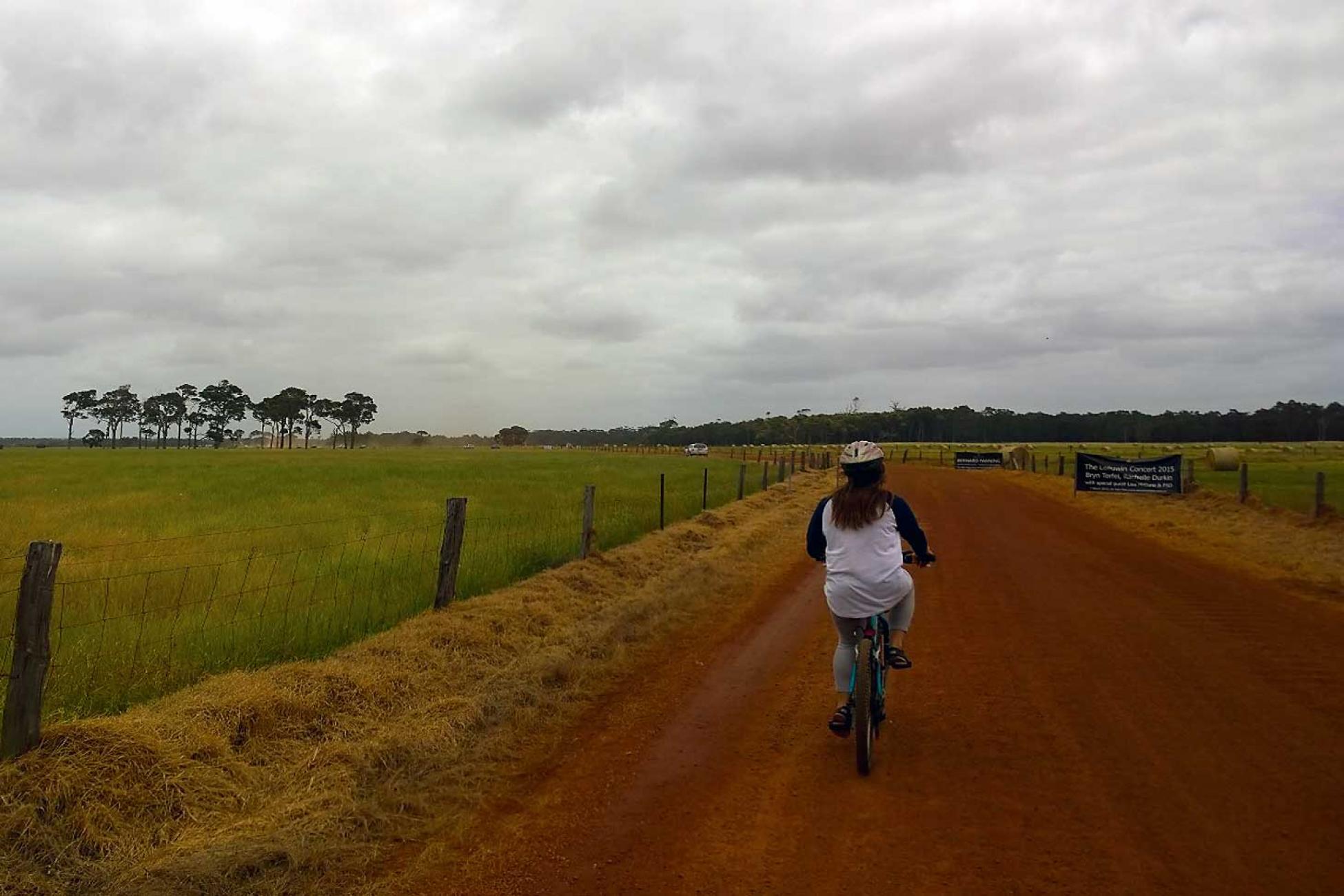 Cycling into the Gourmet Escape at Leeuwin Estate in Margaret River. Photo by Richy Ainsworth.
By  Taylor St. John

Ten months ago now, at the end of January, I had just arrived in Melbourne, Australia, jobless, nearly penniless and with only a vague notion of how the year ahead of me would unfold. It was a big country, I was overwhelmed by all the options, and I wondered what exactly I would be looking back on in a year’s time.

Now, less than two months away from my departure date, nearly all the blanks are filled in.

I’ve been in my new home, Margaret River, Western Australia, since mid-October. It’s my first time on the other side of the country, and the distance between sunny, cruise-y, East Coast Australia and the wild and rugged Southwest is tangible. I fell in love from the window of the bus on our five-hour ride south from Perth, as we passed horses and farmland, forests—thick not with palm trees, but with dense and tall gums—vineyard after vineyard, and vacant stretches of coastline offering passing glimpses of the turquoise blue Indian Ocean.

As with the many other moves I’ve made this year, a new place comes with a whole new routine. I’ve had so many in such a short time, it’s dizzying. But, Margaret River is my last of everything. The last time I walk, resume in hand, into all the shops on the main street asking for employment, the last time I feel that anxiety of wondering how long I’ll go without work. The last time, for a while, that I’m the new girl at my job, that I move into a new house, make a new set of friends, the last time I carve out my free time into whatever hobbies my new environment offers, buying toys and things to get set up in that new little world, only to sell them all again in a few month’s time.

The business that accepted my resume is a nice little takeaway café in downtown Margaret River. I was lucky to only wait a week between moving to town and securing employment. As the new girl, I learned how to make chicken deluxe rolls and falafel wraps, churn out flat white coffees and I
established my place in the ranks of our small team.

My new home is one of those small modular units with a porch attached to the front, plopped down on a small vineyard off a dirt road 16 kilometres from town. I’m working for accommodation, which requires me to spend 10 hours a week thinning, pulling shoots and lifting wires among the rows and rows of grape vines in exchange for board and all utilities. I work mornings and afternoons in town and return home for a couple hours of vineyard work most evenings.

When the sun sinks behind the trees, my boyfriend and I walk back to our little unit, cook dinner, and relax in the quiet dark of the country. There is a chicken coop next to our house, and sometimes the chickens are let loose and we find them “buk-buking” around our front porch. I hear the bleats of sheep from the front paddock when I go to bed at night and the kookaburras laughing when the sun rises at five in the morning. We leave a bowl of water outside for the two farm dogs, AJ and Ella, a tiny, scruffy mutt, and a beautiful wolf-looking Maremma Sheepdog. Once, I caught the wolf sneaking into the unattended hen house to steal herself an egg, then watched from my porch as she walked into the vineyard and buried it under a grapevine. Living on a farm (and the special entertainment it provides) is just another first I’ll catalogue from my working holiday.

Margaret River is an outdoor paradise if you’re into hiking, surfing, fishing, caving, mountain biking or sunning yourself on a vineyard lawn while sipping shiraz. With so little time left in the country, I wanted to see and do as much as possible and so within the first few weeks of moving, we accumulated two bikes, two surfboards, and a beat-up Ford Laser named Betsy Laser-beam. It cost a little extra money, but it bought us our freedom in an area that is much more spread out than the small East Coast towns we’d lived in before.

So far I’ve been thrown around in the waves at a handful of Margaret River’s famed surf beaches, all spectacular in their own wild way. There have also been a couple misadventures on the bikes: one involving my boyfriend crossing paths with a giant emu running through the woods; another, turning up to a fancy food and wine festival on a local vineyard with orange, dirt-caked faces after a two-hour cycle down what turned out to be mostly steep, very dusty back roads.

Summer is upon us now, as is the holiday season, and the countdown to my flight out of the country has begun. As these last several weeks peel away I feel thankful for all that I’ve seen and done, all the hard lessons I’ve learned, the interesting people I’ve met, and I look forward to filling up my remaining time in Margaret River before the ticking clock of my working holiday expires.