You are here: Home/ Articles/ Work Abroad/ Blogs/ That Awkward Moment When Your Ex Tells You He's Getting an Arranged Marriage 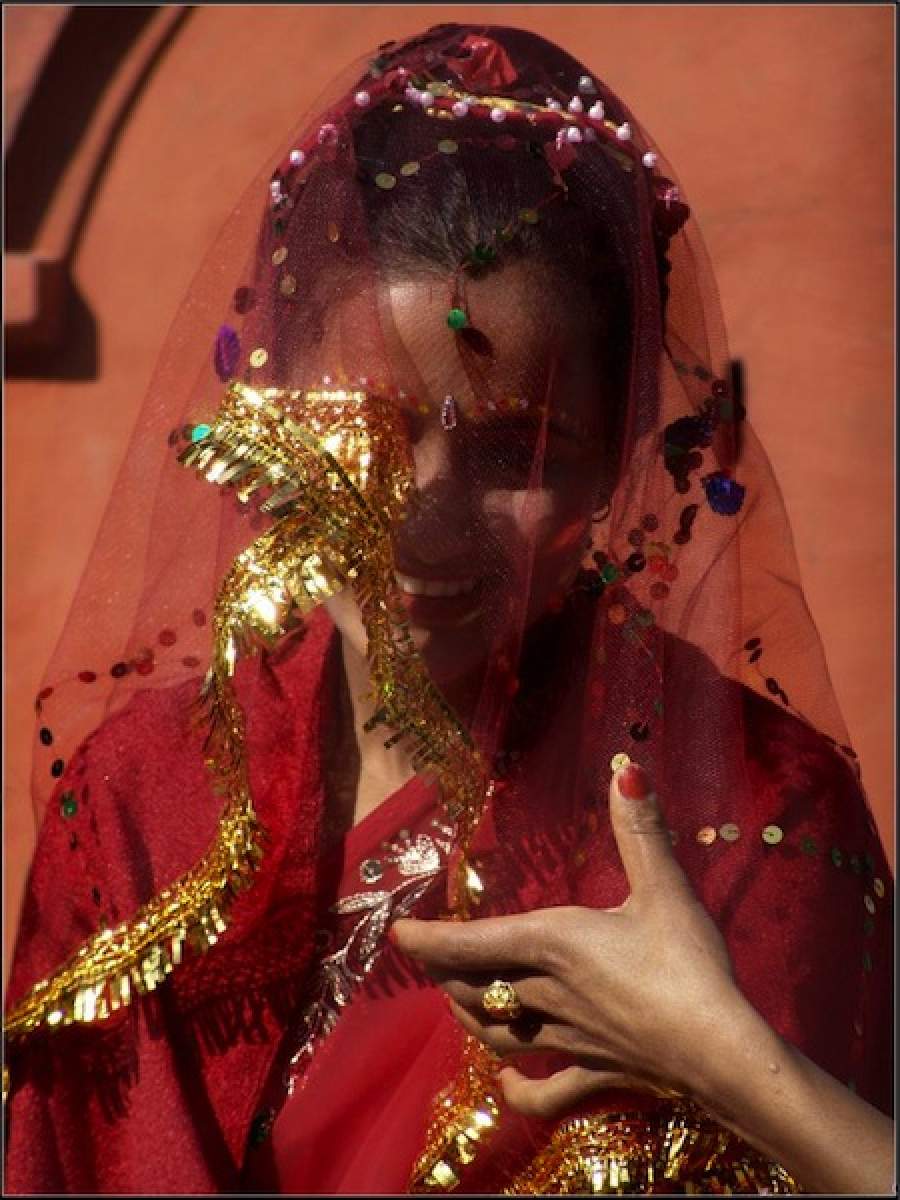 An Indian bride at the temple. Sukanto Debnath
By  Carly Vandergriendt

Is falling in love the greatest risk of travel?

Living in another country comes with certain unavoidable hazards. There is culture shock, which can leave you feeling confused and alone in a completely strange environment. If you don't speak the local language, the struggle to make yourself understood, even when communicating simple things, is a prerequisite for frustration. On a deeper level, not being able to express yourself fully can leave you feeling cut off from others and paralyzed with loneliness. But combined, these challenges are nothing compared to the challenge of trying to love someone whose culture isn't your own.

When I stuffed some of my belongings into a backpack and set off to spend a year living and working in India, finding a relationship was the last thing on my mind. The way I saw it, it would be difficult enough as it was trying to navigate a new culture and get my bearings in a foreign city. I wanted to focus on my internship and avoid any complicated romantic entanglements.

Those were my best-laid plans, but as it so often happens, you fall in love when you least expect it. My ex was a friend of a friend, an acquaintance of my first fellow foreigner in India. She was Ukrainian and was also in Jaipur for an AIESEC exchange, although she had been there for one month longer than I had.

At the time that we met, it had been three weeks since I arrived and I was becoming desperate for anyone who could understand my early frustrations with Indian culture. Everyone stared at me when I walked down the street. I was always being foisted by shopkeepers, who could sense my newness as though it was an aura. I had trouble doing simple things on my own, such as hooking up an Internet connection or getting a SIM card for my cell phone; I became a victim of utterly superfluous bureaucratic processes. As a result, the Ukrainian and I became fast friends, making light of our own struggles to adapt to Indian ways of life.

Our cultural differences drove the wedge between us. What I didn't see was that perhaps deep down, his intentions were good.

Secretly playing the matchmaker, she had me meet an Indian friend of hers. He took us out to one of the only nightclubs in Jaipur, and laughed at me for wearing a pair of Aladdin-esque pajama pants that I had bought at the local market. I felt foolish trying to explain that I didn't pack any nice clothes because my preconceived notions of India didn't include fancy nightclubs.

Yet, I was equally unimpressed with him. I would later admit that I detested him when we first met; he was materialistic, wealthy, extravagant, and particular about doing things his way. In my old life, these would have been red flags causing me to write him off immediately.

Yet somehow, my desire for friends seemed to override all of that. Over time, I realized that my initial impression hadn't included the fact that he had also travelled a lot and had even been to Canada—so we had that in common. He was smart, generous and could entertain anyone with his conversation. Most importantly, he could make me laugh, even if only at myself. It was just the connection that I needed at a time when I was lonely and felt like very few people could understand me.

Our friendship naturally turned into a relationship, albeit a turbulent one. We fought frequently but could forget what we were fighting about in a moment. Looking back, my hindsight is 20/20 and it's clear to me that our cultural differences drove the wedge between us. His ultimate concern was taking care of me, which is something that I had scarcely experienced in any of my previous relationships. Having lived alone, supported myself and travelled extensively on my own since I was 18, I couldn't reconcile the idea of needing someone to care for me with my independent self-image. I felt frustrated when he was overprotective and told me what to do. I never got used to the Indian way of barking commands, either. What I didn't see was that perhaps deep down, his intentions were good.

To complicate things further, having any kind of romantic relationship outside of marriage—let alone with a foreigner—is a colossal taboo in India. Dating a Western woman especially is seen as rebellious and any Indian who does it is liable to be judged harshly by society. In Canada, I had never bothered to care what anyone else though about my relationships. But I quickly learned that in India, what other people think carries a lot more weight than it does in the West. To his parents and other adults, I would always be his “friend.”

There were norms of behaviour that I had difficulty with. For instance, it's not appropriate to flaunt a relationship out in the open with public displays of affection. As if that weren't enough, there is very little privacy in India. Most people live with their families and have curfews or weighty family obligations. Going to his house, where he lived with his entire extended family on his Dad's side, was out of the question most of the time and I had a strict “no boys allowed” policy at my house. Our relationship was conducted in public places and in his car. I often wonder how many kilometres we logged together, just driving around Jaipur.

Although we enjoyed the majority of the time we spent together, we were never delusional about where we were headed as a couple. Whether or not we spoke it, we both knew that our relationship had an expiration date that matched the one on my visa.

No one likes to hear a love story without a happy ending—myself included—but I have always been a realist. Aside from our ability to laugh together, my ex and I didn't have a lot in common. Nor did we share similar outlooks on life.

For me, marriage exists in some far, distant future, but he is a 25-year-old male in India and the pressure to marry was something that he had already been saddling for years. Indian custom dictates that as the eldest of all of his cousins on his father's side, he had to marry first. Moreover, I always knew that although I would go back to India someday, it could never be my permanent home. Nor could I ever trade my sense of individuality to assimilate into an Indian family. I would have failed miserably trying to adhere to rules that dictate the importance of venerating elder family members. Together, we joked that I would never be his “Indian bride.”

We both knew that our relationship had an expiration date that matched the one on my visa.

When I finally did come home, it was more difficult than I thought it would be to douse our relationship. Encumbered by reverse culture shock, I desperately clung to all that I had experienced in India. Modern technology made it almost too easy for us to keep in touch. When I gave in and got a smartphone for the first time, it meant that we could talk to each other whenever we wanted for free. Aside from the fact that he was usually asleep from the early afternoon until right before I went to bed, it hardly seemed like he was on the other side of the world, over 11,000 kilometres away.

Then out of the blue, a few weeks ago, he calmly called me up and said he was meeting a girl that his parents had suggested to him as a would-be bride. It may not have been a done deal yet, but knowing that he was entertaining the idea of marriage stung—especially since we were still talking every day. I had always known that he would probably have an arranged marriage and after living in India, I also understood why. Still, I didn't expect it to happen less than three months after our relationship ended.

After that, it was less than a week before he was engaged. It took me a while to process my initial hurt, but gradually, I realized why I hadn't wanted to let go. I may have come home from India but living there is something that I never want to forget. Our relationship was in essence the last relic of my trip and ending it meant that I had to move on with my life—something that I had been avoiding.

Never in my wildest dreams would I have imagined that my life would lead me to such a relationship. It has been one of the most exasperating challenges that I have ever faced and also one of the greatest learning experiences. Until it, I hadn't realized that commitment is the mainstay of love. And down the road, when I look back on my year in India, it will be the fondest memory that I have. Call it a cliché, but love has a habit of breaking down the divides between people and as hazardous as that might be, there's not a shadow of doubt in my mind that it's worth it.