You are here: Home/ Articles/ Work Abroad/ Blogs/ A Culture of Sharing

A Culture of Sharing 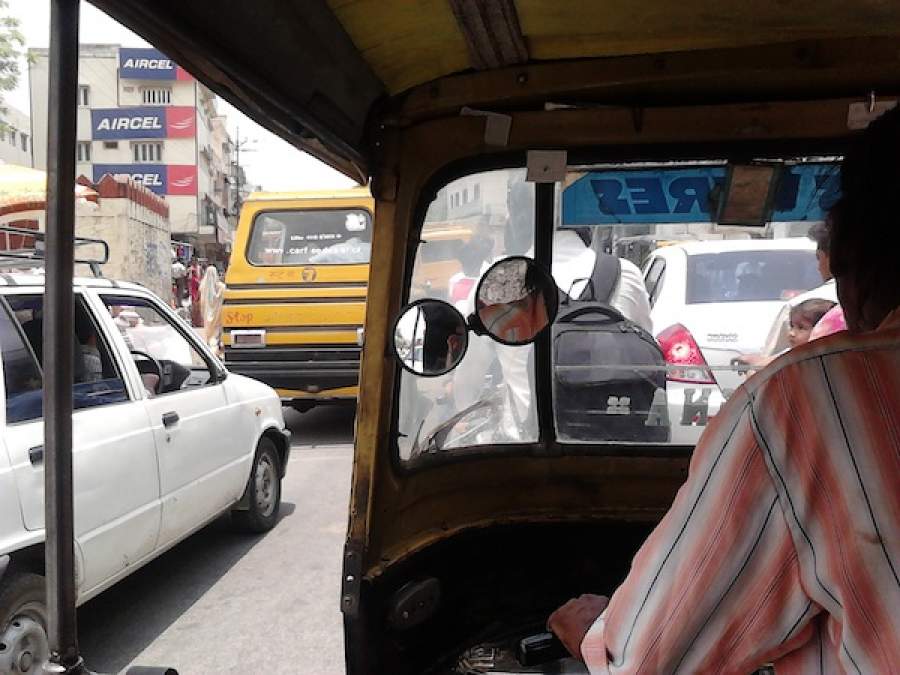 The view from inside an auto-rickshaw.
By  Carly Vandergriendt

In India, there's no such thing as an IOU.

I used to hate asking for help. In Canada, I was that person who would stubbornly drive around for a half an hour, forever thinking that I was on the cusp of finding the place I needed to go, instead of taking all of two seconds to stop and ask someone for directions.

When I came to India, I needed a lot of help—although initially, I didn’t like to admit it. I think everyone who goes to a foreign country needs help on some level, but India catapults even experienced travelers to the next level of helplessness. There is a certain “Indian way” of doing things, which is, more often than not, unnecessarily complicated. Having been here for almost nine months, I am now skeptical of anything that feels easy. When I arrived, I realized quickly that I would have to stifle my pride and learn to ask for help when I needed it.

I remember being without Internet for the first three weeks after I arrived. I tried several times on my own to purchase a USB Internet stick. Every time I went to a store in the hopes of buying one, I was refused. Despite going armed with photocopies of both my passport and my Indian visa and a passport-sized photograph, I kept being told me that I needed proof that I was living in India—as if a year-long visa wasn’t enough. I came back with a rental agreement signed by my landlord, but even that wouldn’t suffice. Finally, a salesperson managed to explain to me that I would need an electricity bill addressed to me, which obviously I didn’t have since electricity was paid by my landlord and included in my monthly rent. Finally, I talked to an Indian friend who offered to buy the USB stick and data plan under his name—simple.

I used to get lost a lot, too. Jaipur is a “well-planned” city by Indian standards but it doesn’t compare to what I’m used to. I didn’t see a map of Jaipur until I had already been living here for three months. I probably wouldn’t have had an easier time if I saw one earlier, since a lot of maps don’t even show tiny side roads and street names are rarely marked at intersections. I found that a lot of the roads looked the same, rife with shanty convenience stores and paan shops. Explaining where I lived to rickshaw drivers, who often don’t know the street names themselves and get by with only a handful of English phrases, was next to impossible. I was forced to call friends who could explain in Hindi where I needed to go.

Now, I can do a lot of things on my own: I know my way around and can explain where I need to go most of the time, I can bargain while shopping, and I have learned to communicate with people who speak very little English. But I still need help with a lot of things. I’ve noticed that stubbornly trying to do things on my own often leads only to frustration. I am reliant on friends to help me do things like go to the doctor, fix my things when they break and take me places that would be difficult to reach on my own.

I’ve gotten quite comfortable asking for help, although I still feel as though I “owe” something when I call in a favour. I think it’s a reflection of Western culture, where people don’t like to feel indebted to others. Canada and probably most Western countries operate on a tit-for-tat basis, where a favour usually warrants some kind of later reciprocation. For instance, if you take a friend out for lunch, they will most likely offer to pay the next time, saying “you got the last one.” But here, it is generally accepted that people will help you without expecting anything—not even a thank you—in return. I used to get laughed at when I thanked my friends for taking me places or helping me do things.

The culture of sharing here includes a lot of things that I wouldn’t have expected—like money and cars. While I would never think to call up a friend to borrow a car or to loan me money, I see it happening here quite often. It’s a culture where needing help of some kind is not seen as a form weakness and the spirit is more communal.

In the many months that I have spent here, I have been helped by countless people—both strangers and friends. Actually I feel changed, and when I go home I think it will be less of a challenge for me to give help without expecting anything in return.