Eve Teasing: The Realities of Gender Discrimination in India 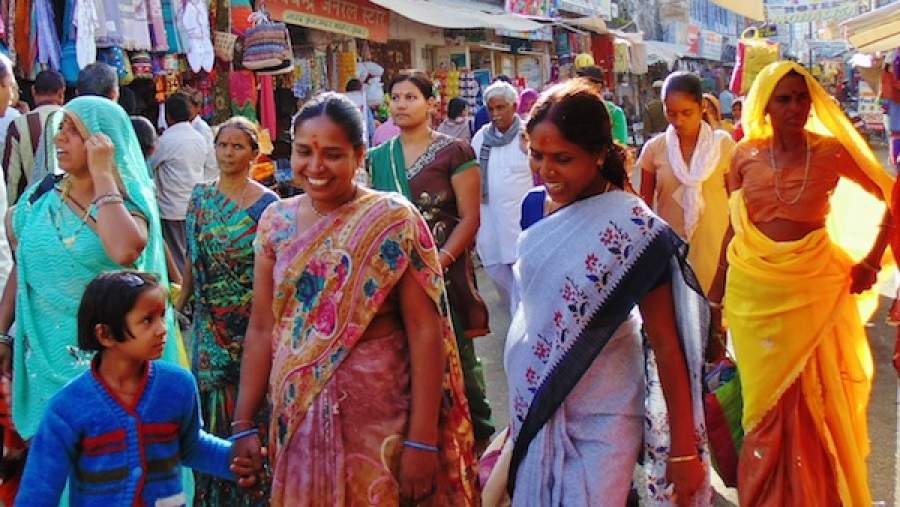 A Canadian intern learns to deal with public sexual harassment in India.

A few nights ago, I was walking home from work with two of my female co-workers when a bike with two men on it slowed behind us. We took little notice, until they got so close that one of the men reached out and slapped my butt, hard. I stood for a second in shock while they hovered in front of us, their heads cocked and faces wrought with two disgustingly smug expressions. Enraged, I stepped forward as though to chase after them and immediately, they took off.

After living in India for nearly a year now, I won’t deny that I feel harassed quite regularly. Twice I have been followed by men, albeit both were young and so skinny that I barely felt threatened. I can recall several occasions when men have shouted explicitly sexual things at me and in crowds, it seems as though some feel emboldened to casually brush their arms against my legs or back. Aside from that, people in the streets routinely stare at me, say hello, or try to get my attention. I’ve also been pinched by beggars a few times, but that’s just par for the course. I can say with honestly that the majority of the attention I get is benign, coming from people who simply don’t see foreigners on a regular basis and are either curious or fishing for an “in” to talk to me so that they can sell me something.

In fact, in all of the time I have been here, I never felt violated until the incident the other day. That’s saying a lot considering I’ve taken many a jaunt across the country, most of the time completely alone. Obviously, I take safety precautions that all travelers (not just women) should take, without limiting what I do out of misconceived risk or fear.

Coincidentally, this incident happened just as I had been researching the topic of gender inequality in India for an article I was writing. The most surprising thing I found during my research was that India was recently ranked the worst country for women in a survey of all the G20 nations. Even Saudi Arabia followed India in the rankings, which was unexpected given that laws in the country are notoriously strict for women. The survey, which was conducted by over three hundred gender specialists, identified Canada as the best G20 country for women. Having read that, I felt my experience here framed in contrast. I had gone from living in one the best countries in the world for women, to living in one of the worst.

It’s true that my life here lacks many of the freedoms that I normally take for granted at home. The most frustrating in my eyes is not being able to get around independently at night, which starts at around 5:30 p.m. in the wintertime. The streets are poorly-lit (if at all), there is no public transportation and it is risky to take an autorickshaw alone. After nightfall, women are scarcely seen in the streets. Walking after dark, even for a short distance, presents a significant risk thanks to the high frequency of “eve teasing,” which is exactly what I experienced. Eve teasing is a term used in the subcontinent to describe sexual harassment including sexually suggestive remarks, catcalls, brushing and groping of women by men. When I first saw this term being used in the newspapers, I thought the word “eve” was referring to the fact that these incidents often take place at night but actually, it is used in reference to the Biblical first woman.

Eve teasing is routine for women in public places in India and sadly, it’s merely one of many tools used to keep women in their place according to traditional norms. Female infanticide, selective abortions, sati (widow killing), dowry-related deaths, honour killings and sexual violence are still commonly-featured news items and their prevalence demonstrates that Indian society is still an environment of oppression against women.

Oppression is about power and in India, where the caste system is still alive and well in many regions, there are complex social hierarchies that dictate the powerful and the powerless. As a white woman, I am “outside” of the caste system, but I know I’m still close to the top of the hierarchy, seeing as though I am wealthier than the majority of the population and I am a guest in the country, which warrants me special treatment in accordance with the Hindi saying that “the guest is God.” It causes me to wonder that, if even I felt powerless when that man slapped me in the street and drove away snickering, what might a poor, low-caste Indian woman or girl feel in the face of the brutal sexual violence? The combined reality is that survivors of gender-based discrimination are afforded no more than a sliver of hope of justice and with a dominating culture of shame attached to these occurrences, many choose to conceal their suffering or commit suicide as a way out.

Looking back on everything that I have learned here, the not-so-subtle gender inequality that dominates Indian culture stands out. In my eyes, it’s a reminder of the type of treatment I deserve regardless of my sex. I am thankful to have been born in a nation where most of the time dignity and respect prevail over gender discrimination.