You are here: Home/ Articles/ Work Abroad/ Blogs/ 15 Things I Miss About India

15 Things I Miss About India 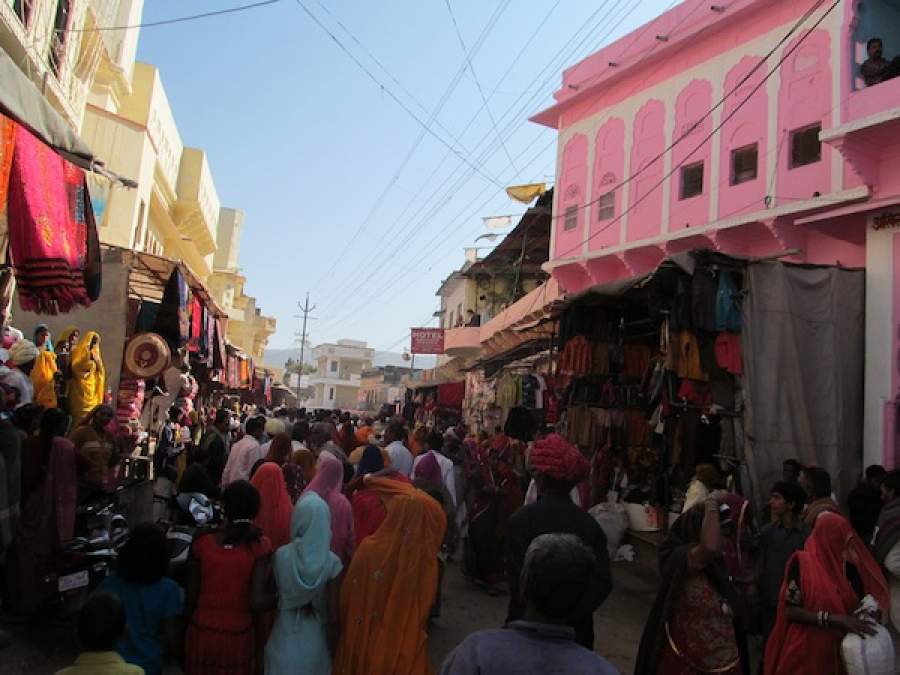 A street bazaar in Pushkar, India, where Carly completed her internship.
By  Carly Vandergriendt

After a year working abroad, Carly longs for the unexpected.

Three weeks ago today, I stepped off a plane from New Delhi at Pearson International Airport in Toronto. I was coming home after nearly a year of India and I could already anticipate the substantial reverse culture shock. But I hardly knew then that the things I would begin to miss weren’t those that I had expected.

Here’s what I’m missing the most about India:

1. The noise.
A couple of nights ago, some of my friends were complaining about the level of noise pollution in Toronto. I had a good laugh, imagining all those Torontonians getting up in arms every time a solitary car horn breaks the silence.

2. Street chai.
When I was traveling in India, I took comfort in knowing that everywhere I went there would be a streetside chaiwalla ready to sell me a five rupee shot of masala chai, or Indian spiced milk tea. It is perhaps the one and only consistency in a country of inconsistencies.

3. The constant celebrations.
In India, any day is a good day to have a party. Weekend or weeknight, it doesn't matter! There is always a function to attend, whether it's a wedding, festival, holiday, birthday, anniversary or just a friendly get-together.

4. The winter weather.
The winter season is by far the most pleasant in Jaipur, where there is rarely a cloud in the sky and the daytime temperature is around 20 degrees Celsius.

5. Mohan's Vegetarian Restaurant.
Less than a stone's throw from my house, this restaurant was one of the best things that could have happened to me. The thali plate comes with two curry dishes of your choosing, four chapatis, rice and raita (a style of Indian yogurt) with fresh vegetables—all for less than two dollars.

6. Toby and Ben.
These two adorable stray dogs, who were lovingly named and fed by one of the interns at our house, could often be found snoozing outside the gate. They saw me off to work every day and were always there waiting for me when I came home.

7. Streets teeming with life.
Each morning, I used to go to work amongst a cacophony of sights and sounds: sweepers sweeping, tuk-tuks chugging, produce vendors proclaiming, buses rumbling, temple-goers praying, and barbers snipping away at their first clients of the day.

8. Subcontinental sunshine.
You can go weeks in Canada without seeing the sun, especially in the winter when the skies are overcast most of the time. The sun is much fonder of India.

9. Fresh paneer.
I'm lucky to be able to find all the ingredients for my favourite curry recipes at the local Indian food store. But admittedly, the paneer I bought there was probably sitting in the refrigerator since the time I left for India.

10. Rupees.
I miss using rupees because I always used to feel like I had more money than I actually did. Who wouldn't with a wallet stuffed with 100 rupee notes? (Even though their equivalent is a toonie in Canadian money!)

11. Our office maid.
It's not uncommon for people to have domestic help in India and since our office was in a residential area, we had a cleaning lady who came in every other day. Although she wasn't known for cleaning abilities, I miss her endearing way of barging in and ordering me around in Hindi, when I had next to no idea what she was saying.

12. Buying everything on the cheap.
Nothing beats spending 10 bucks for a week's worth of home-cooked meals. Let's just say I had to refrain from causing a scene at the grocery store the other day when my bill, for a scant number of necessity items, was $60.

13. Old Monk.
Old Monk is a blend of dark rum, straight from the beaches of Goa. It tastes something like Captain Morgan's Spiced Rum or Bacardi Gold, and it's impeccable with cola. Oh, and a 26-ounce bottle sells for less than five dollars.

14. Colour.
India is colourful in more ways than one, but when I say colour I mean it literally. Not only did I come home to a wardrobe of black shirts and gray sweaters, but the landscapes in Canada seem increasingly colourless. Add a little snow and slush, and suddenly everything on the horizon is one massive grey blob.

15. The smell of agarbatti.
I used to live with three Indian girls and part of their morning ritual was to burn agarbatti or incense. This is an important part of puja, a daily religious ritual for Hindus. It had a calming effect and even now the smell of incense burning reminds me to stop and take some time to reflect, something that is rarely emphasized here.