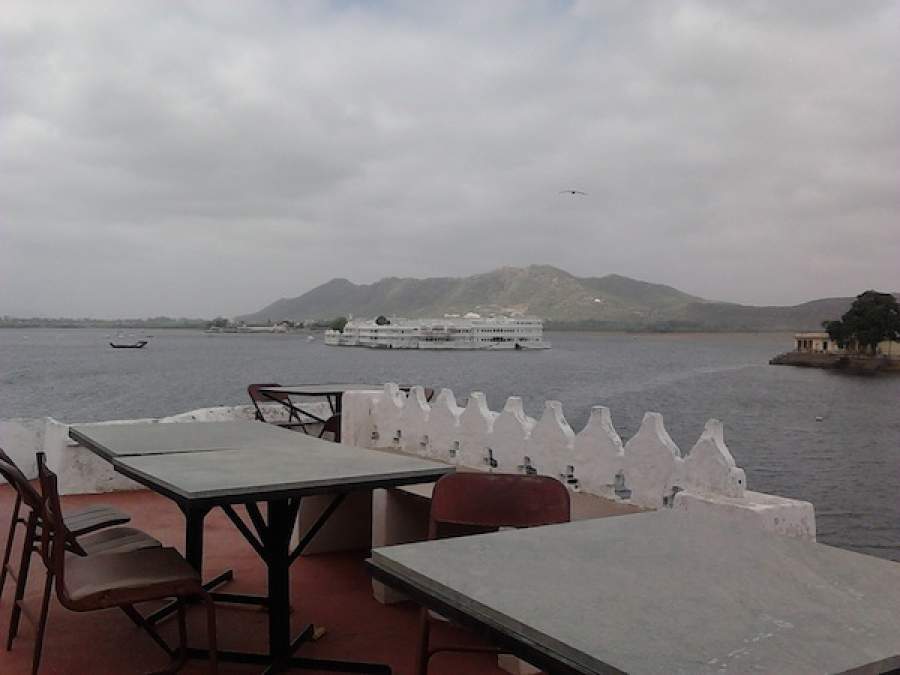 Carly escapes her life an intern by remembering how to be a traveller again.

I was nervous, pacing up and down the length of the floor rug in my room. I checked my cell phone: 9:15 p.m.

I glanced at my packed bag, sitting placidly in the corner of the room. I hunted for my day planner and pulling it from my bag, reread the name of the bus company and the guesthouse where I would be staying.

9:19 p.m. Thankfully, my cell phone rang and I spent some time shouting into the mouthpiece as I reiterated the directions to my house. In a matter of minutes I was comfortably seated in the cab en route to the Sindhi Camp bus station. I breathed a sigh of relief. It was happening. I was running away—but from what?

I was running away from living in India.

The longer I stay here, the more exposed I feel to the brashness of this place and India has no shortage of idiosyncrasies. In the six months that I’ve been here, I’ve had complete strangers come up to me in the grocery store and tell me what I should buy. I’ve been kicked out of a sputtering auto rickshaw by an uppity driver with an iPhone. I’ve seen camel carts inching along on the road as pristine luxury cars—Mercedes Benzes, Audis, and BMWs—whiz by. I’ve cried in the company of other people, more than once. I’ve been cheated and lied to by shopkeepers with colourful depictions of the revered god Ganesha hanging on their walls. I’ve seen well-educated, wealthy people turn their noses up at beggars, with no intimation of human compassion in their stone-like faces. I’ve noticed that a lot of people seem to think that any place is a good place to urinate or throw garbage. While out, I’ve had complete strangers come up to my Indian friends ask them their last name or caste, what they do, where they live and how they know me. I’ve witnessed the extent to which people my age hide things from their parents, and wondered how they can still claim to value family above all else. And every single day I face the assumptions that people have about me because I’m white—that I have a lot of money, that I’m stupid and that I’m easy.

Why? It goes without saying that since I’ve come to India, I’ve found more questions than answers. The longer you live somewhere, the more tangled up you get in the intricacies of that place. You try to explain those intricacies and give them meaning. You try to fit in with the group by searching out people you can identify with. Unconsciously or consciously, you gradually reshape yourself to fit the cultural mold, by acting according to the societal norms and you do it on a daily basis.

Unfortunately, when you already have an idea in your head of how things should work, i.e. how the West works, it’s a constant battle to adjust to a place as eccentric as India. For me, each day is a struggle in accepting India for what it is and not trying to compartmentalize it according to my western mentality.

Which brings me to my escape: I was beginning to feel chained to all of these complications. I wanted to be a traveler again, to feel the weightlessness of not having to acclimatize to the exhausting culture of India. I wanted to go somewhere, take away a superficial impression of that place and then move on without having to look any deeper. So, Friday night after work I threw some things in a backpack and hopped on a bus to Udaipur.

Sure, the culture of Udaipur is highly similar to that of Jaipur—they’re both in the same state—if not substantially less cosmopolitan. But as soon as I arrived in Udaipur, I felt like I had exchanged my displaced-person-in-India identity for that of a traveler. The breeze coming off the lake—something I hadn’t felt in ages—carried away all of my unease and I was left with the feeling that I could simply be my Western self in India.

I stayed at a no-frills guesthouse on the lake, where I was all too grateful to meet other solo travellers, all of whom were doing their own thing in India. I was relieved to roam around the city with them, to visit some of the more “touristy” places and to talk about the challenges of India, many of which these people were also uncovering as they spent more time here.

When all was said and done, I realized that I have the best of both worlds. Although I doubt I will ever be able to “explain” India, a place that consistently defies Western logic, after a year I will still have understood much more than the average person who comes here. And when it all gets to be too much for me I can go away and find myself somewhere new, where I can in the least accept the splendour of India on the surface, a façade over all of this ambiguity.