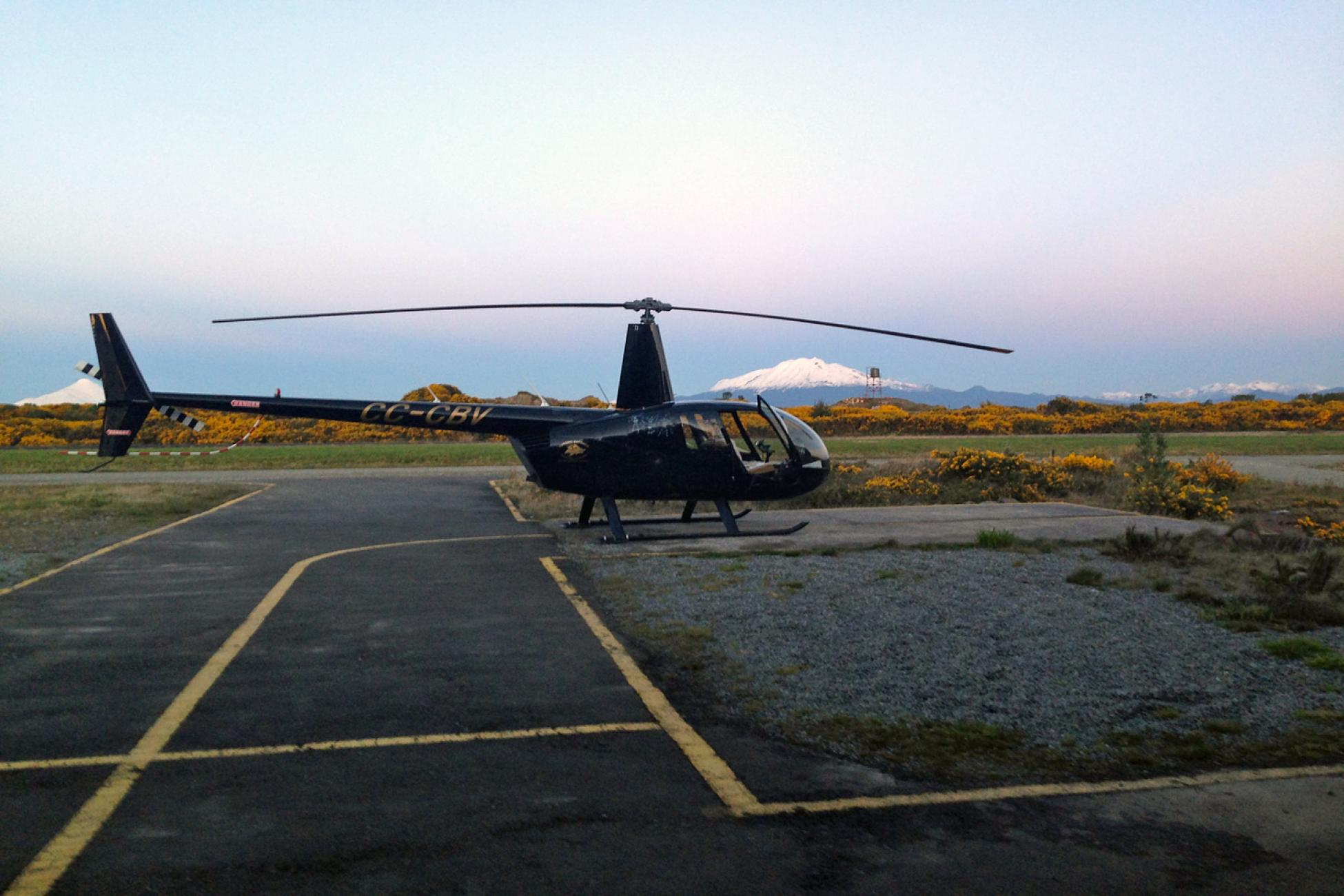 The secret perks of TEFL that they don't tell you about.

It was late on Tuesday evening, and I was waiting for my last student of the day to arrive. One more hour of teaching and then I would make myself a quick dinner, escape the crowded hostel kitchen, and head up to my bed to catch up on emails. When 20 minutes passed and he still hadn’t shown up, I wasn’t too worried—Chileans are not known for their punctuality, after all. But when he finally arrived, I didn’t expect him to dash into the classroom, out of breath and smiling ecstatically.

“Come,” he told me, in the slightly aggressive imperative form that many native Spanish speakers use in English. “We’re going flying.”

My student is a helicopter pilot in Patagonia and despite the hourly cost being $1000 for tourists, I often joked in class about going on a flight.

“Great,” I told him. “That’s fantastic. However we have a lot of work to do today, so come sit down.” He shook his head violently, and pulled me to my feet, already on his way out the door. “En serio teacher, come.”

And that is how, 20 minutes later, I found myself flying in a helicopter for the first time. I thought that I had been doing a good job of exploring my South American home, but seeing it from a bird’s eye view was something else entirely. As the sun sank below the ridgeline, an orange glow illuminated not one or two, but three volcanoes, and the result was breathtaking. The white, craggy mountains of Argentina loomed in the distance, and the lights from my town reflected across the water of the lake below us.

It turns out that two people had booked an hour in the helicopter, only to find themselves sick and afraid. Not able to last the full hour, 12 minutes of paid flight time remained after they landed and made their escape. And instead of taking friends or family up to enjoy those last 12 minutes (720 seconds that I will never forget), my student somehow chose to share this experience with his English teacher.

Since becoming a full-time teacher five months ago I have been blown away by the generosity of my students. Although not all of them have taken me for a life-changing helicopter ride, every day I am surprised at the little ways in which they think of me. I am barely in their lives—just two and a half hours total per week—and yet they treat me as if I am a much bigger part.

After learning that I like spicy food (which is extremely hard to find in Chile, despite its name), one of my students now brings in a new hot pepper every time she finds one in the supermarket. Another student, a mother of three children, brought me back earrings from her most recent vacation, and I have been invited into student’s homes for coffee, dinners, and traditional barbeques numerous times. Most significantly, when I slipped on a drink-soaked dance floor and broke my front tooth in half, a student opened his dentist office on a Saturday and spent three hours of his day-off rebuilding my smile for free. Without his generosity I would have spent the next four months praying for an opening in the busy public health system and probably returning home looking like a cross between a pirate and a hockey player.

My salary as a first-time teacher in South America leaves a lot to be desired and I qualify for only the most basic health care programs and paid vacation. But despite living on mostly white bread and forgoing expensive amenities in order to work and travel Chile, my students are the aspect of this job that make it all worth it.

I love teaching, but in the beginning of my job I viewed it as just that—a job. I now realize that it is much more. I am not just teaching verb conjugations, vocabulary, and pronunciation, but I am building relationships with people who value this knowledge as a critical part of their future. And in return, these eager learners are doing their best to share a piece of their own lives and culture with me.

I am still getting used to Chilean hospitality; when two students invited me yesterday to travel to Peru with them I laughed, only to realize that they were being serious. But slowly I’m beginning to understand that although these kind-hearted people are an aspect of my work, they are also offering to be a part of my life.