You are here: Home/ Articles/ Work Abroad/ Blogs/ 10 North American Habits That I Traded In

10 North American Habits That I Traded In 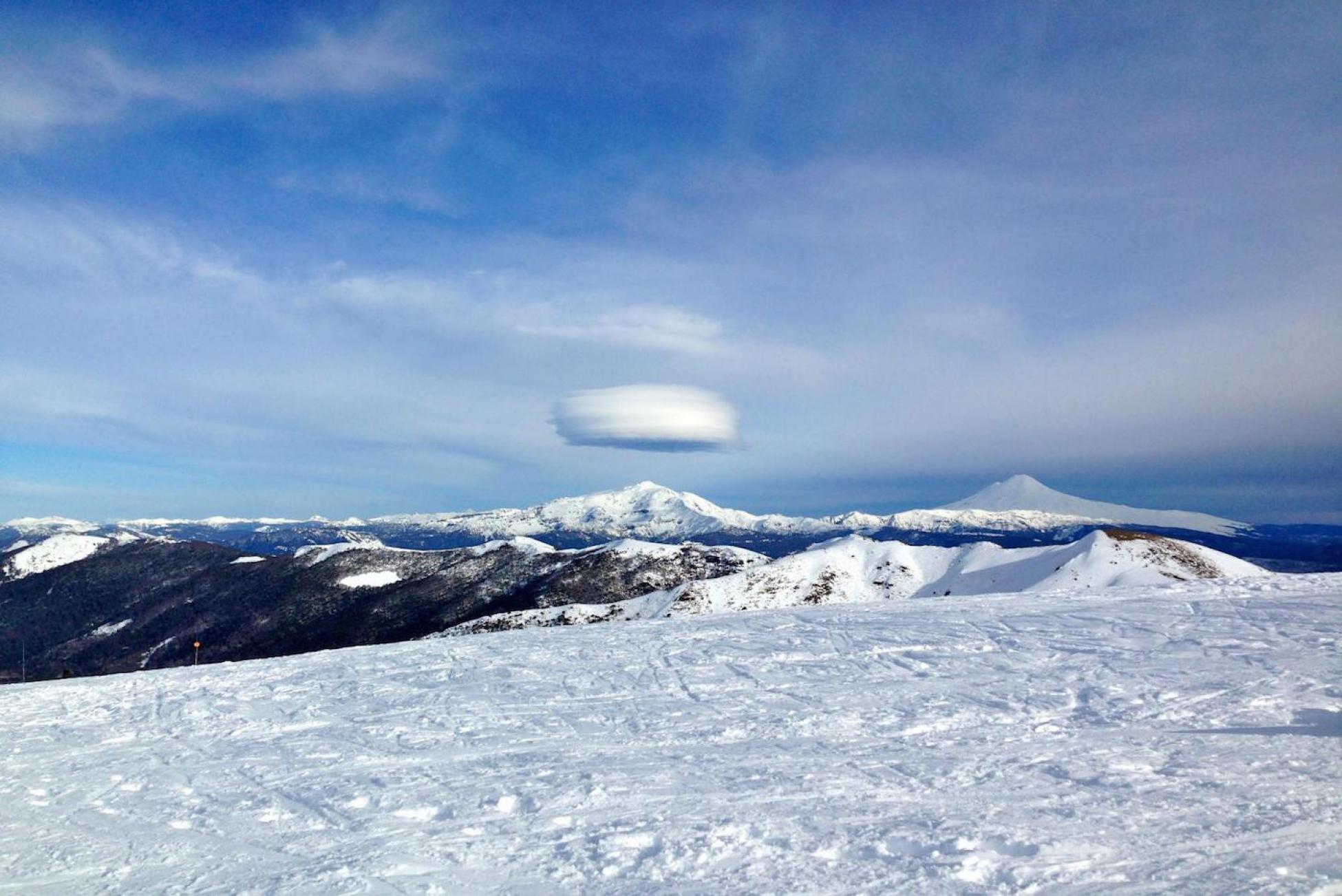 Adele considers how her daily norms have changed since moving to Chile.

1. I no longer refer to myself as "American."

North, Central and South America; the one thing we all have in common is being “American.” Any time I used a sentence containing something along the lines of, “In America...”, “I’m from America...,” “but in America, we...” I was politely (or sometimes not so politely) reminded that we are, in fact, all Americans.

I now classify myself as Norte-Americana, as well as telling stories about where I’m from—the United States.

2. I've stopped turning up the heat.

I come from the Northeast of the United States, where winters are long and cold, and the houses are built with this reality in mind. In Chile, central heating is extremely expensive, insulation is limited, and most homes employ the use of estufa, or woodstove, for heat.

Besides becoming a professional wood-chopper and fire starter, I am also more aware of exactly how many resources I use. When our small gas tank that feeds the cooking stove and the hot water runs out, we have to drive it into town to exchange it for a new one. I try to avoid cooking meals that need to “simmer” for a while, and I turn the gas off as soon as I’m done washing the dishes.

Dogs exist in Chile in two forms: street dogs or aggressive house guards. There are so many stray dogs that it’s impossible to go more than a few minutes without seeing another four-legged animal pass by. After living in one town for seven months, I had given most of the local pups names, and I even had a mental map of where each one’s territory began and ended.

Most families keep dogs as pets as well, but the hierarchy of dog and human is still respected. Dogs generally aren’t allowed in the house, no matter how loveable a member of the family, and they are expected to fend for themselves more often than not. As a result, they retain more of their natural instincts than the dogs-that-are-more-like-children often found in the United States.

Between the mutant street dogs constantly following on my heels begging for food, and the intimidating pet dogs that bark and glare at me from the stoop of their owner’s house, somehow the pet puppy I’ve always wanted has slightly lost its appeal.

In the United States, I often bought gluten-free products, and when I did eat carbohydrates, I chose whole-grain or mixed-grain options. I didn’t have any specific health reasons, but with so many of my friends eating this type of diet for various reasons—as well as my natural affinity for vegetables and fruits—a gluten-light food regimen came easily.

In southern Chile, however, it’s not so easy. Chile is an extremely long country, and most of the fresh produce is grown in the north/middle regions. The products that make it down south are often several days old, mas o menos in freshness and really expensive.

Fresh-baked bread, on the other hand, is extremely cheap and easily found. It should be no surprise to find out that Chile is one of the top bread consumers in the world, and that fact is reflected in my new diet of bread, bread and more bread. (Despite this, after my body adjusted to my new diet, I didn’t notice much of a difference in my health. And in over a year and a half working with Chilean children, I haven’t met a single one who has a food allergy.)

5. My schedule is a lot lighter.

In high school, I joined every club possible, and played a full-time sport for each season. In university, I did much of the same, plus more. I woke up early, went to bed late and packed in as much as possible in between.

When I arrived to Chile for the first time, I was slightly shocked to find that while my busy schedule was not unusual in the United States, I was considered downright crazy here at the bottom of the world. While I told action-packed weekend tales, my new friends preferred to spend their free time in bed or watching movies. Giving me the nickname “La Gringa Loca,” they regarded me as a scientist observes a new species; I was intriguing but not entirely relatable.

Now after a year and a half in this slower-paced country, I’ve started to value the ability to slow down a little bit. I don’t necessarily get as much done, but I try to appreciate the full magnitude of each expedition, give myself time to enjoy every step, and even taking the opportunity to just do nothing every once in a while.

That being said I still can’t bring myself to take a siesta, and I haven’t managed to shake the Gringa Loca nickname.

Being blessed with my mother’s olive-toned, Italian skin made wearing sunscreen a low-priority item for me in the northern hemisphere. Of course, if I was spending the day at the beach I would pack some SPF 30, but in general, the climate at home allowed me to tan quickly while resisting burns and greasy creams.

However, Chile resides directly below the infamous “hole in the ozone layer,” and the sun shines bright and harsh, even when the temperatures remain cold. Not only have I suffered some of the most painful sunburns of my life, but I don’t even have the benefit of a nice tan afterwards— the top layer just flakes off leaving a fresh layer of white underneath.

While Chilean men often greet each other with a handshake and a clap on the back, as a woman I am greeted with a kiss on the cheek. Not quite the same style as many countries in Europe, Chileans only give one kiss as a greeting, and it’s always to the left. That rule took me several awkward, almost kissing on the lips situations to figure out, but I quickly got it down.

Harder to get used to was the expectation that I would greet everyone this way; friends on the street, the neighbour walking by, every single person standing around the barbecue when I arrive, and even the people I work with each morning. As someone more accustomed to giving a general wave to the room, it seemed like a lot of work and a lot of close physical touching at first. But I’m slowly beginning to appreciate the respectfulness and intimacy of personally acknowledging everyone in the room.

Chileans drink slowly, and they start late. Bars in Chile don’t get busy until around 11pm or midnight, and for a good night of dancing or clubbing you have to make it the crack of dawn. It didn’t take long for me to realize that drinking as I had in the United States wouldn’t work here, and it was also frowned upon. Taking shots at the beginning of the night or starting to drink too early pretty much guarantees failure in the Chilean club scene. It took months for me to experience a true night out here, simply because I usually lost momentum and fell asleep before the acceptable hour to set out.

When it comes to socializing, the chosen Chilean method is an asado, or barbeque. A piece of meat is placed on the charcoal grill around 7 or 8 p.m., and everyone stands around the carefully cultivated pile of coals, sipping beer, and every so often adding some salt or lemon. The meat isn’t usually ready until around 11 p.m., at which point it is cut into small pieces and eaten as finger food. Drinking games are replaced with a calm atmosphere, good conversations and the ability to get to know each individual at the party.

9. My sense of time and distance has changed.

In the United States, I consider a four or five-hour car drive a considerable trip. Chile spans thousands of miles of deserts, lakes, the Andes mountains, fjords, volcanoes, and a whole other collection of impressive natural displays— all connected by a complex overnight bus system. The buses even make stops on the back roads to provide an easy opportunity for rural folks to get to the cities for supplies. The first few times I took the bus, I was mystified at the folks who literally appeared to be climbing out of bushes to flag the buses down, arriving from the middle of nowhere and often carrying houseplants, small children or even live chickens.

Once concerned about driving a few hours, I now think nothing of hopping on a 12-hour bus after work on Friday and returning Sunday night. I once even took a 36-hour bus trip for a four-day visit to the northern desert region.

I went to university with the goal of graduating with a degree, getting a job that validates my degree, having a family, and someday retiring. It didn’t take too long to realize that life doesn’t necessarily run in a straight line like that, but instead it throws in curveballs, potholes, bridges and detours along the way.

The most valuable thing I gained from my university experience was not, in fact, my framed title. I learned how to think critically, how to speak in public, to analyze, to work as a team, to do research, and much, much more—all skills that can help me pursue my dream lifestyle. When I wanted to stay in Chile for longer than expected and when I needed some extra money, I had to be creative, use what I knew, forge some connections, and be willing to make mistakes. I came to Chile as an English teacher, but since then I have found myself working as a ski instructor, a freelance tourism guide, an editor for translated texts and a photographer. Along the way I realized that not only was I not nailed down to my projected career path, but I have acquired a much more open mind as to what it means to be successful.

Much of Chile is very seasonal, certain jobs don’t pay very well compared to how much work they require, and people are always looking for new ways to expand and capitalize on the growing tourism market. Many people hold more than one job, move frequently or change careers when they spot a better opportunity.

I’m not living to work anymore, but instead I’m working to live.