10 Things I Learned From Family Vacations 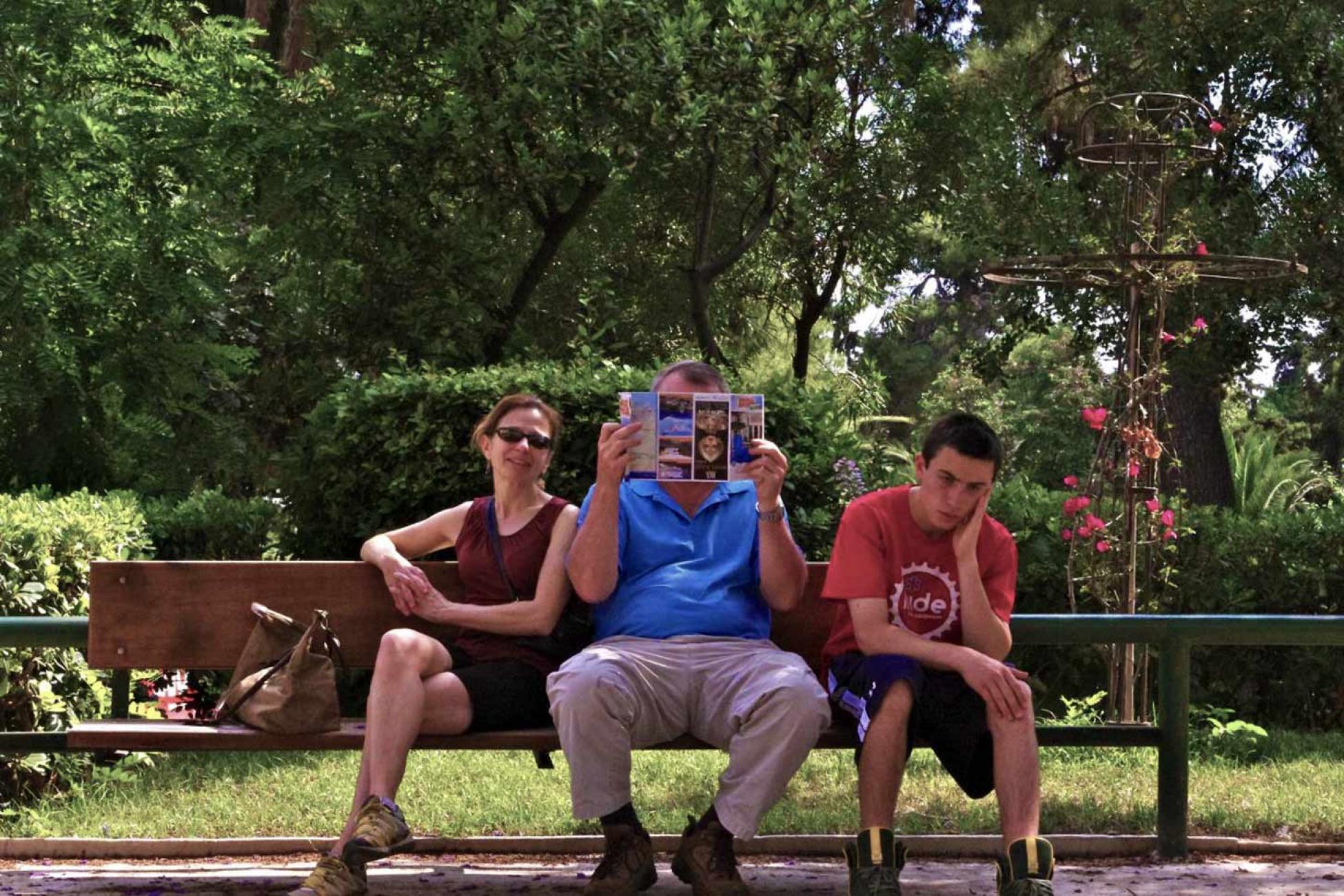 Adele's parents and brother on a family vacation in Greece.
By  Adele Priestley

After years of travelling with her family, Adele reflects on the travel lessons they learned the hard way.

I am one of those lucky people who grew up with a family that prioritized travel over many other things. Instead of saving up for a new car or a big television, my parents tried to bring my brother and I on some kind of adventure every few years or so.

Our style of travel was much more spontaneous than most; oftentimes we booked a round-trip flight somewhere and nothing more. This meant that we were never restricted by pre-bookings or schedules; the world was our oyster.

It also meant that there were many nights that we found ourselves driving around in the dark; hungry, grumpy, and tired, with nowhere to stay. Finally, it meant that I learned a lot over the years—often things learned the hard way—but still valuable travel lessons nevertheless.

Here are the top 10 things I learned from family vacations:

When I was 10, my dad took me onto the subway in New York City, gave me the name of where we wanted to go and told me to do my best. When I missed our connection, he just sat back with his arms crossed and a smile on his face, and I went back to nervously studying the maps and trying to get us back on track.

Now when I travel alone I still get lost, miss buses and lose connections, but at least I can read a map (without the use of a cellphone or GPS) and figure out how to reroute myself when the inevitable goes wrong.

2. How to play the dumb American.

Never pleasant, but occasionally necessary, this move got us out of several sticky situations. Most notably, when we were rushing to catch our plane out of Paris and were pulled over by a scary looking French policewoman for driving in the bus lane.

“Bawn-jor,” my Dad said with a cringe-worthy accent, despite being adequately conversational in French.

“Um, airport?” The woman sighed and waved us on, clearly tired of stupid tourists and with an expression on her face that said something along the lines of “just get out of my country.”

3. You can’t always trust the locals.

We were driving down a small rural road in the mainland of Greece when my parents decided to stop at a “corner store” to ask directions. My brother and I were skeptical about the small shack that hosted one small table outside and a hand-drawn sign with a picture of a soda and a smilie face in the window, but the two crinkly men sipping colas outside seemed happy to help and point us down the next side-street.

After almost two hours of driving along a bumpy two-wheel track in the bushes and having increasingly panicked conversations about what we would do if we ran out of gas and it got dark before we found our way, we suddenly popped out next to the same corner store. The crinkly men were still sipping sodas, and they opened crinkly smiles and waved as we drove past, getting a kick at sending some tourists out for a spin.

5. Sometimes there’s no other option but to smile and wave.

Also a lesson spoken by the penguins in the animated film Madagascar, we used this technique when my Dad accidentally misunderstood the road signs and drove through the middle of a street-side Parisian café, when my brother farted loudly in the middle of a quiet church in Italy, and when I slipped on the wet grass in Scotland and peed through my white pants from laughing.

After jumping into a glacial lake in Interlocken, Switzerland, we figured out pretty quickly why no one else was swimming in the seemingly inviting waters. Despite being summertime, it took several hours to regain feeling in all of my frozen extremities, and I vowed to pay more attention to what those around me were doing (or more accurately, not doing).

This one it seems we will never learn, no matter how many times we try to “take a faster route.” Whether it’s walking, on bikes, in a car or even on skis, somehow we always end up in an unexpected, slightly dangerous area that is even further from our destination.

The day we tried to take a shortcut on mountain bikes in Aruba and ended up surrounded by a pack of street dogs in a not-so-nice neighbourhood was also the day that I learned the shocking/horrifying truth that my parents aren’t quite as invincible as I thought. Expecting my parents to have a solution, I was slightly surprised when my mom jumped behind me and asked me to protect her from the vicious, snarling beasts a few feet away from us.

This was definitely learned the hard way. On our first morning in Istanbul, I wore a pair of shorts to breakfast and was very aware of my bare legs as I watched a Turkish man at the next table being hand-fed by his four wives, all of which were fully covered with the only part of their body exposed being their eyes. In Scotland, golfing without a hat resulted in my Dad sporting a tomato cap for several days, and in Tuscany I suffered through blisters on my lips that popped up from sun poisoning.

10. It doesn’t really matter where you go.

When I was 13, my family told me that I got to choose the family vacation that year. After looking at a world map, debating several exotic countries, and thinking about what I really wanted out of this trip, I finally settled on Kentucky. (At the time the most important things to me were horses, horses, horses and my family.)

I got everything I wanted out of that trip, I saw some new places, I saw a lot of horses, and I spent some quality time with people I love in a new place. In the end it didn’t really matter that we never left our own country, and although it is still a running joke in my family that I’ll probably never live down, I do not regret my decision for a moment.