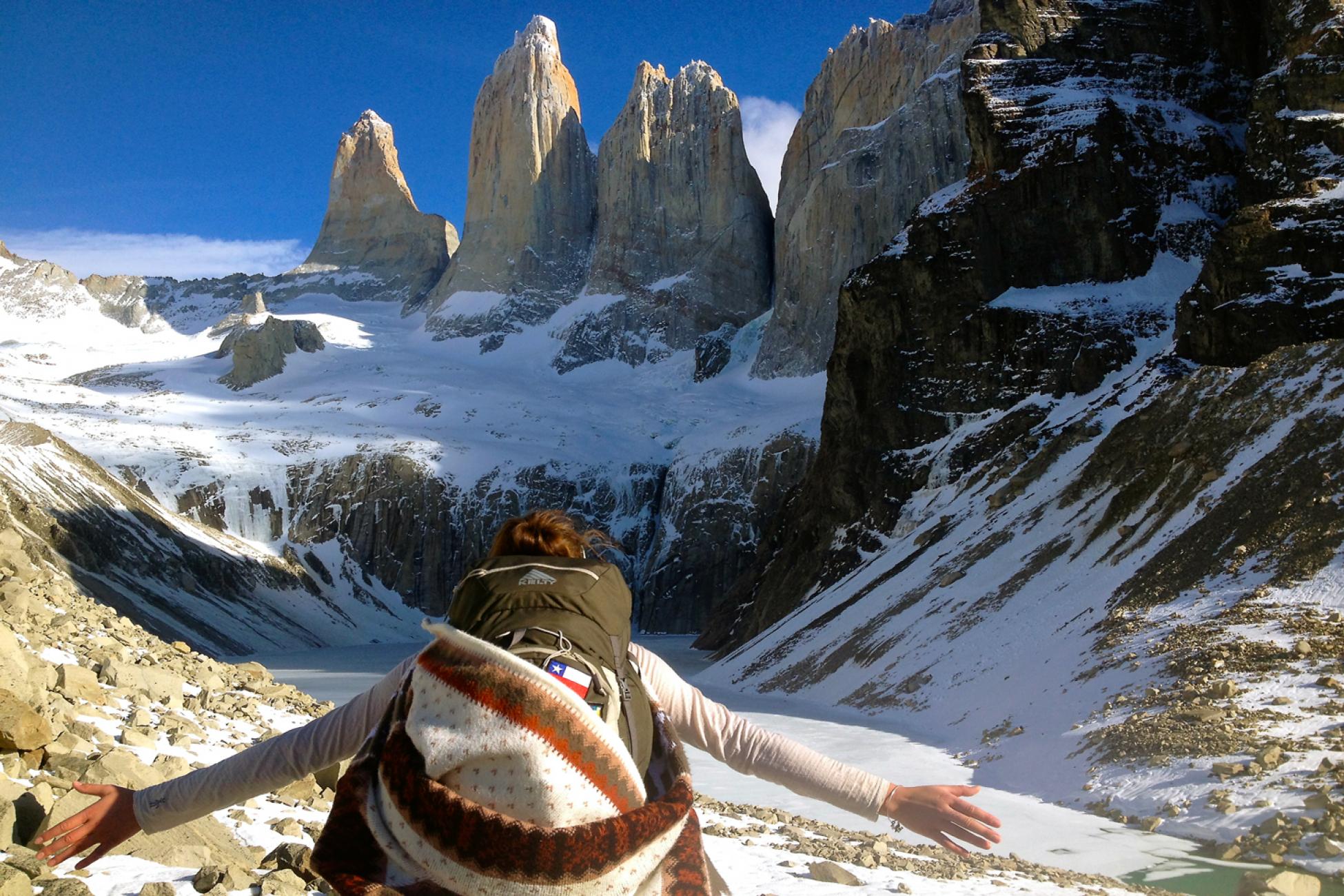 “I’ll see you on Monday if you survive,” my student told me as he kissed me on the right cheek and walked out the door.

“Yes, I hope you live,” echoed his wife exiting behind him.

Ever since I bought plane tickets to visit the National Park of Torres Del Paine in southern Chile, I had been enduring a stream of doubt, amazement and downright negative opinions about my choice in timing. August, apparently, was the wrong time to hike these mountains.

Since I teach full-time during the week, my travels are generally limited to however far I can get between Friday night and early Monday morning. So when a national long weekend coincided with a deal from LAN airlines, it seemed like the right time for me to finally venture south and see the recently voted eighth wonder of the world.

However for the two weeks before my trip, as I attempted to cook homemade bagels, aired out my tent and stocked up on the warmest clothes I could find, I didn’t come across any positive feedback. My horrible fate of freezing to death was only one possibility; apparently I was going to be drenched in rain, shrouded in fog and maybe even ripped to shreds by a puma.

One anxious student told me I wouldn’t be able to enter the park due to it being completely closed for the month of August. As I wrapped up my final classes for the week and wished each student a good holiday weekend, I was met with varying degrees of the same sad and mournful face, each one convinced that I would soon be meeting disaster and hugging me a little bit longer than usual.

In reality, my flight to southern Chile went smoothly and without delay, the rental car was waiting for us and the drive to our hostel near the park took only two hours instead of the expected three. Waking up at 6am on Friday I ate a hearty breakfast of toasted bread and jam, paid the reduced off-season park fee at the entrance, and began the three-day journey to a golden sunrise and mild breeze.

I would like to thank all of the naysayers for fuelling my two and a half day, 60-kilometre adventure. When my calf muscles felt like they were shredding or my shoulders ached under the weight of 35 pounds of winter camping gear and food, I thought about what my students would say if they could have seen the landscape that I had the privilege of walking through. I toasted each sip of unfiltered glacial stream water to them and I dedicated a moment of silence to each negative thought as I watched the sun set over the painted-by-numbers lake and snow-capped mountains.

I may have had to wear four fleeces and two pairs of pants to sleep, but I also saw three sunrises, two condors and countless alpaca. I will also admit that walking the last two kilometres to the base of the famous stone towers was slightly more difficult in winter, since the steep trail was covered in ice and snow. With the extra weight on our backs, tired legs, and a slick snowy track, it was a scene reminiscent of Disney Bambi’s first awkward winter experience.

However, as I ate my lunch against the stunning winter backdrop, I witnessed a massive avalanche rumbling down the face of the mountain towering above our heads and felt the ground tremble from the impact of such a powerful natural phenomenon. And although the campgrounds and refugios scattered throughout the national park were all closed for the month (my pessimistic student was partly right I guess), we spent three days trekking without seeing a single other camper. I was on top of the world and I didn’t have to share it with anyone.

Returning to work on Monday morning, I had difficulty explaining my weekend to my curious students. Even as a full-time English teacher, words were failing me. One thing I am very sure of though, is that there is no wrong time to see such a place. In fact, I’m now of the opinion that the wrong time was actually the right time to go—but since negative thoughts and attitudes kept everyone else away, I’m one of two people who will ever really know it.