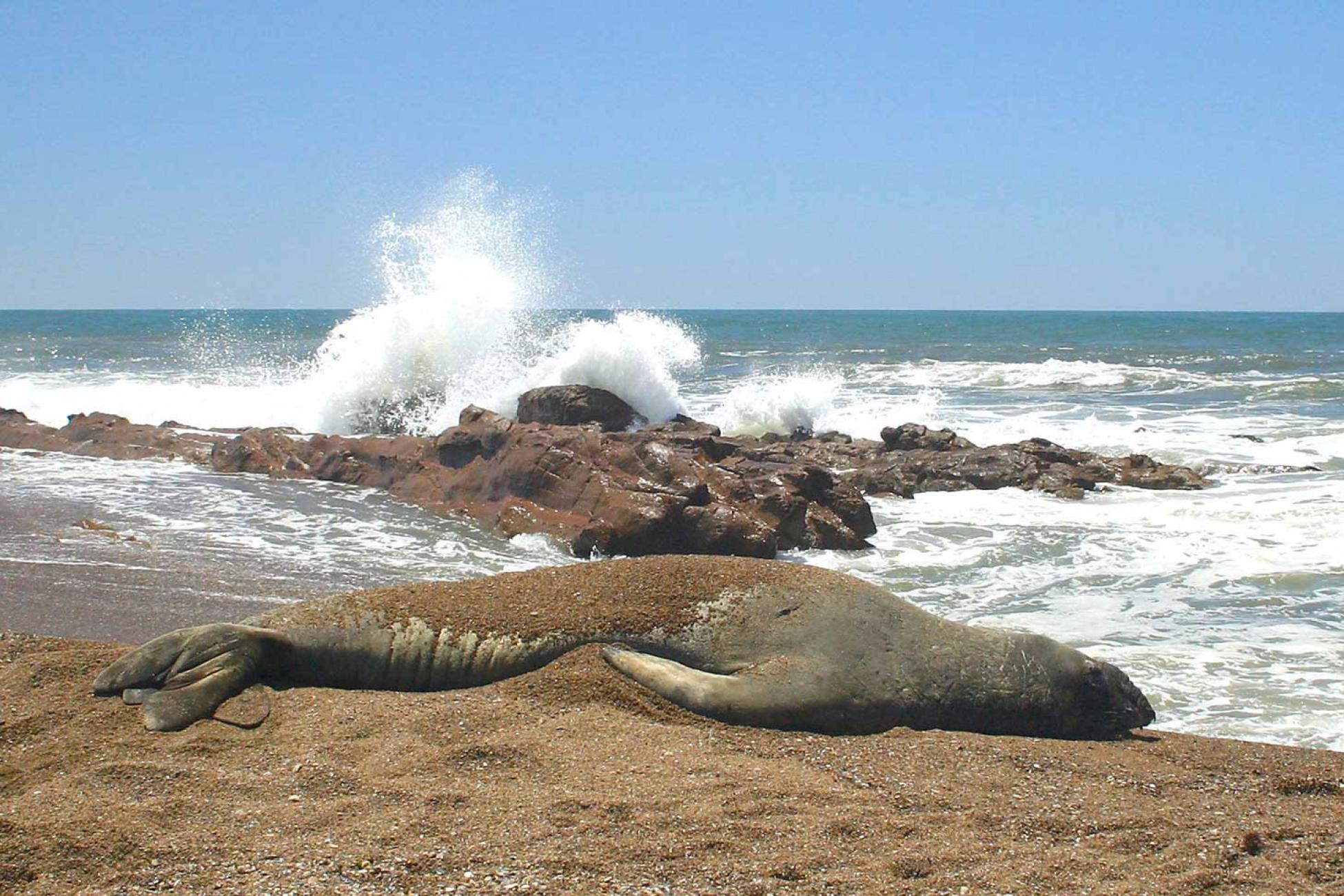 How to make the most of service learning trips.

One thing about social media—it pretty much guarantees you’re never really alone on your birthday. In fact, you might age another year in the time it takes you to click “like” on the hundreds of birthday greetings. There are so many, at times all the names threaten to blend together.

This year, however, one birthday greeting stopped me mid-scroll. It was from an anonymous elephant seal, looking at me from over its shoulder—assuming that seals have shoulders—with sand sprinkled along the deep wrinkles of its damp dark back, flippers crossed and arched upward, as if it were parodying every other photo of a swimsuit model.

The weaning seal—and the happy birthday message imposed on the nearby sand—came courtesy of one Charmaine Coimbra. I made Charmaine’s acquaintance this year on California Highway 1 near Cambria, at a beach where hundreds of the mammoth seals congregate while tourists gawk.

If I had just been making my normal drive I make every year with California friends, I likely wouldn’t have talked with Charmaine, a volunteer docent who was almost shouting answers to questions over the brisk seaside wind. But this was the year of the community service road trip, so instead I was whipping out my recorder and interviewing her about what motivated her to stand here day after day, just to answer questions of folks admiring the seals. Within 24 hours we were following each other’s Facebook pages and blogs, which, for me, has meant a steady diet of spectacular photos of seals, surf and sunsets.

That was six months ago, but sometimes it feels as if I never left the elephant seal beach at all. And that’s not the only destination I feel that way about. Even as I sit here in on a cold gray December day in Worcester, Mass., I was following the latest low-cost construction project of my new friend Dave, whom I worked with when we were both at United Saints in New Orleans last May. He wanted suggestions on volunteer recruitment; even now, we’re working together. I also saw the faces of two other folks who gave me the opportunity to volunteer; a guy with whom I hayed horses from a moving trailer, as well as a woman who devotes much of her life to a homeless shelter.

But it’s not just about social media. There’s my own book project about the trip, with all those interviews to transcribe, those familiar voices and background noises that put me right back in Texas or Tucson or Utah, as well as all the pictures from which I must recreate scenes.

Most satisfying of all are the slideshows, which I’ve given to college classes, mission groups and orientation sessions. I’m not asked to speak because they want to hear about me walking across the Golden Gate Bridge or standing on the north rim of the Grand Canyon; the folks are there to hear the stories of the remarkable people I met along the way. Every time I share the slides, multiple people express their admiration for various individuals engaged in service—and, of course, every time I’m inclined to agree. Meanwhile, the places not worthy of the slide show—spots I only visited as a tourist—feel more distant.

My point? I suppose there are numerous ones. For instance, our service trips obviously have longer shelf life if we take time to sit down and interview (or at least show some curiosity about) the folks we meet, getting the deeper story of how they wound up doing what they’re doing. Similarly, taking photographs, shooting videos, and writing journals of random observations help deepen the impressions. Finally, there’s the importance, upon coming home, of some creative project that challenges you to translate your experience into action, whether that means sharing the stories or starting a new volunteer gig in your own backyard.

But most of all, my road trip sticks to my bones because of the opportunity to serve and meet those who served. Once, on the trip, as I was contemplating the fact that I blew past Carlsbad Cavern—a site that I’d likely never be so close to again—I sent an anxious note to a friend, fretting about all the tourist sites I was blowing off in the name of the service project. My friend knew the feeling—she journeyed to developing countries to which she was even less likely to return—but she reassured me that the connections I was forming would, in the end, have more staying power.

Of course, she was right. If I ever doubt it, there’s a certain elephant seal bound to remind me, year after year.