You are here: Home/ Articles/ Study Abroad/ Blogs/ A Study Break in Seville

A Study Break in Seville 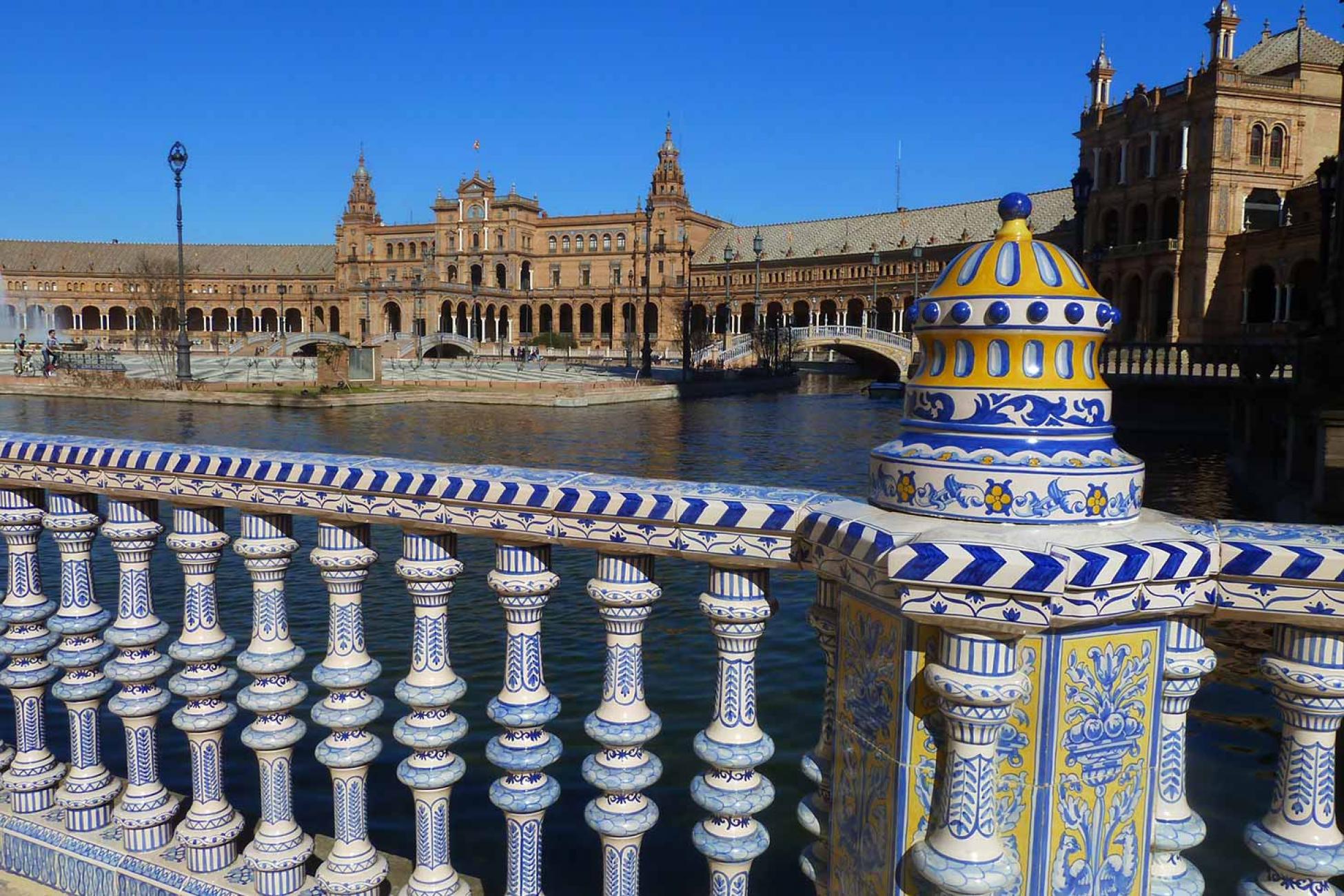 An "extra study day" turns into an adventure away.

A recent change to my timetable means that I now have a three-day weekend! “An extra day to study,” my tutors said, as I began mentally planning my first long weekend away. A few hours later and I’d prepared everything for my visit to the capital of Andalusia, Seville.

Here are some of my observations from the trip:

• Granada has changed me. I arrived to Seville at lunch time and decided to go to—where else—a tapas bar. When my drink and tapas arrived, not only was I slightly disappointed with the size but I had completely forgotten that Granada is the only city where the tapas is free. Having to pay for food with your drink? Surely not!

• Considering Seville is the fourth-largest city in Spain, it’s really doesn’t feel like it—at least from a tourist’s perspective. I had my list of attractions to visit and they were all within a short walk from each other. The city centre is compact and just a five-minute walk from the river.

• A famous Spanish flamenco duo sang that Seville has a special colour. It’s fair to say that around the cathedral it certainly has a special smell with horse and carriage rides being a typical tourist attraction. Horses have always been important in Seville, being used to climb to the top of the cathedral tower (the Giralda). None of those claustrophobic stairways in which you have to suck in your recently digested tapas to let people pass.

• Flamenco shows can be very expensive. . .or very cheap! I initially queried the price in a shop that was advertising a show and I was quoted 85 euros with a meal included. Considering you can get a menu del día (a three-course meal) for 12 euros, it was a bit dear. Nevertheless, after conceding that it wasn’t to be, I noticed a bar just off the cathedral advertising a show: 15 euros and two tapas for an hour spectacle! It perhaps wasn’t a glossy as some shows but maybe for that reason more authentic. We were right on top of the performers and the tapas were big.

• Having already visited the Alhambra I had set the bar low for the Alzázar in Seville (the royal palace of Sevilla). Being a student it cost me a mere 2.50 euros compared to the 15 to get into the Alhambra. The internal decorations are the same gorgeous style as the Alhambra but what most charmed me were the gardens. Fountains and orange trees everywhere; its tranquillity was absorbing. What’s more, given its fairly large size you could easily escape the crowds in the gardens. It was stunning.

• The Plaza España is beautiful. The ‘square’s’, semi-circle form and canal which runs through it makes it a postcard picture. Around the outside there are mosaic seating areas with all of the provinces of Spain, with people basking in the sun in their home provinces. Though I felt slightly bad sitting in the sun in Palencia, knowing that it had spent the last week snowing there!

All in all it was a really enjoyable trip to a very pleasant city! Time to start planning the next one. I wonder if we can get Thursdays off as well. . .