You are here: Home/ Articles/ Study Abroad/ Blogs/ Naples: A Beautiful Perilous City by the Bay

Naples: A Beautiful Perilous City by the Bay 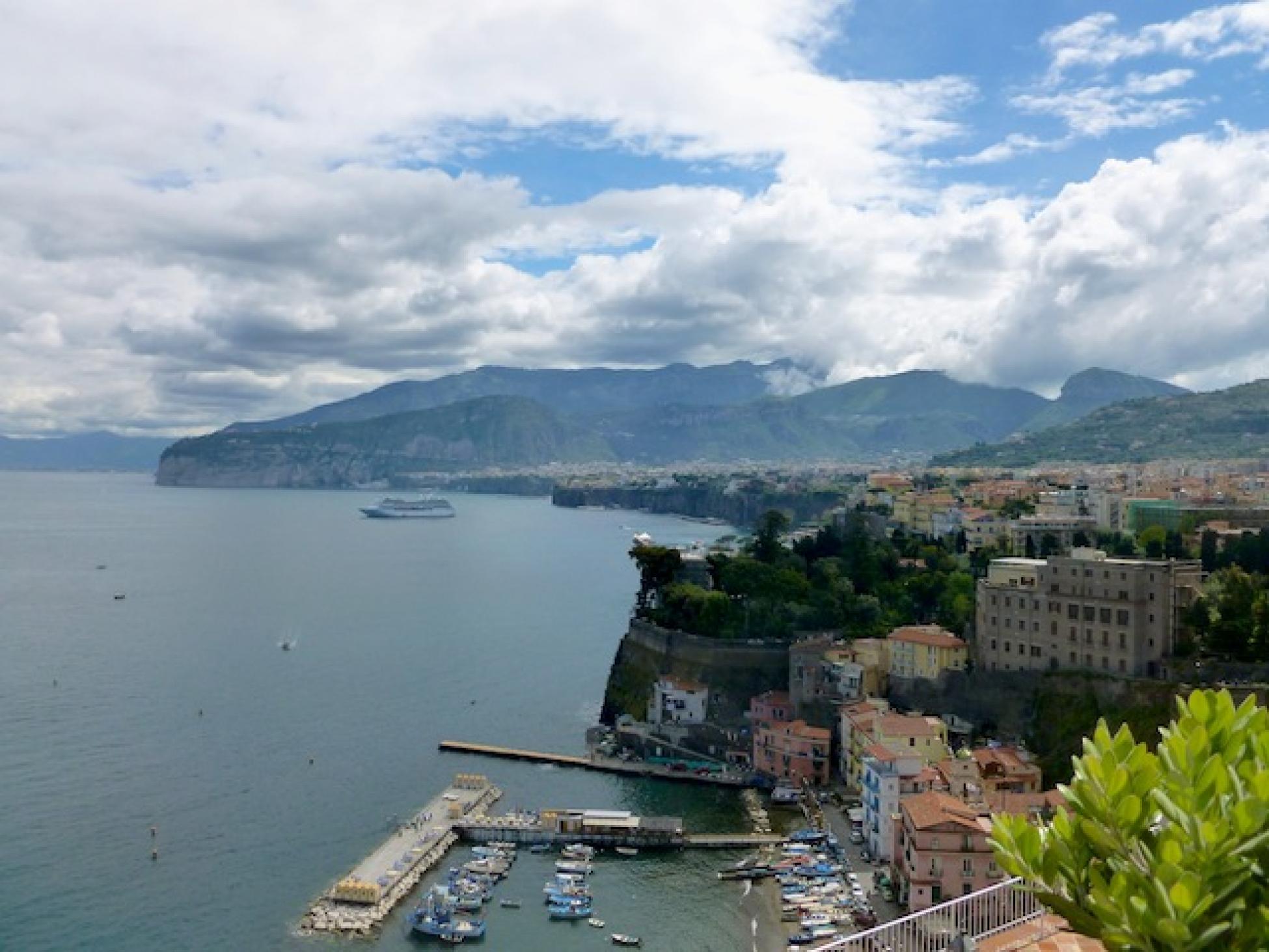 "Once you see the city of Naples, then you can die."

I was told by one Napolitano that “once you see the city of Naples, then you can die.” In some parts of the city, especially in its deep, suffocating alleyways, I was worried that I would never leave.

Coming out of the Stazione di Napoli Centrale, traveling from Tuscany, I find a whole different Italy before me. North Africans line the streets selling imitation 50Fifty caps and Nike shoes, lined up perfectly on white bed sheets; pedestrians dash across the street, dodging trumpeting car horns and slick-haired boys helmetless on motorini. A black-haired woman makes the sign of the cross walking past a water-stained cathedral; a man walks by her with his hand in his tan coat, making you wonder what he’s going to pull out.

Naples, as it may look like to its visitors, is still under a crisis. The trash problem talked frequently about in the news is surely a reality. Peroni bottles, shoeboxes, Il Mattino newspapers and napkins line the curbs of the streets; mounds of black and green bags erupt out of corner dumpsters. Along with the Vespa-riding bag thieves and the ongoing dominance of the mafia, it’s understandable why only 17 per cent of travelers to Italy visit the city by the bay.

But this is not a reason to miss out on the South.

The truth is, Naples may be more exciting than any other place in Italy—and this is coming from a Tuscan boy. On Via Toledo, I see chefs in white coats folding one-euro pizzas in the windows of rosticcerie. Fish salesmen stand in the middle of alleyways shouting “Pesce qua! Frutti di mare qua!” as their sons pour ice on great displays of clams and squid. And on Sundays, Domenica, families of Napolitano leave Mass to get sfogliatelle and watch their boys play football in the piazza. One of the boys scores a goal between two lampposts and celebrates like Naples’s Marek Hamsik, his friends jumping up along side him.

In Sorrento, an hour’s train ride down the Circumvesuviana line, there’s even more celebration. Walking down one of the coastal town’s narrow alleys I come upon an intersection filled with men and women dancing in traditional red, black, white and green garb. “Mambo Italiano!” is playing, and two men clap together the hammers of a triccheballache (a traditional southern Italian instrument) for their spectators. One of the women pulls me in, and she and I start dancing and clapping hands, spinning each other in rotation. I go back to the jubilant crowd as “Volare!” starts to play.

With all this celebrazione I still wonder why there’s still underlying resentment between the North and the South. Many will say that when you pass Rome on the FrecciaRossa, you enter a whole different Italy. And it’s true, but it’s an Italy brimming with as much color as its art-obsessed northerners—and an equal amount of love. In Naples, I asked many their thoughts about the North.

With fervent he said, “No, no! Napoli è certamente piú bella del nord!” It’s much more beautiful than the North. He was eager to point this out, and also the outcome of the Naples-Florentina game the following day. I told him, playfully, that my money was on Florence.

“No, no,” he stated in earnest, “Napoli vincerá.” Naples will win. “Non la Fiorentina.”

In Tuscany, before I left on the train to Naples, I wanted to know what northerners think of the people near end of the “boot.” I asked a Florentine friend of mine about this so-called divide.

Another told me that a Vespa rider ripped her bag out of her arm four years ago on Via San Liborio and she’s never been back since.

It’s the obvious fact that every traveler is biased. I grew up thinking that Tuscany was the center of Italy—maybe even the center of the world. Instead of listening to stories of Pulcinella or watching Totó suck down linguini, I heard about the majestic David and the gold shops that line the Ponte Vecchio. And I had the habit of telling any Sicilian girl I met that my great-grandmother probably wouldn’t be so fond of us together.

But both regions have their own equivalent amount of pride. And a lot of this pride is released through calcio—the national sport of football.

When I was in Sorrento, I was walking back to my hostel on Via Aranci (named so because it’s lined with a parade of orange trees) when I heard a bomb-like explosion, as if Vesuvius finally blew again after two thousand years. Vespas began to rush by, three persons on one seat, a Sorrentino on the back waving the great purple and white flag. When I ran into the nearest café I found the reason why: Naples had beat Florence 3-1 in the Tim Cup. A boy in the café told me there were riots in Rome, where the game was held and I believed him. Being a “Florentine” I was upset, as “my team” had lost to their Southern rivals. Che peccato! It was a pity to hear. And then, to make things worse, a chant broke out in the piazza: “NAPOLI! NAPOLI!”

After awhile, I couldn’t help but smile and join in the celebration.