You are here: Home/ Articles/ Study Abroad/ Blogs/ A Buona Pasqua in the Hills of Pistoia

A Buona Pasqua in the Hills of Pistoia 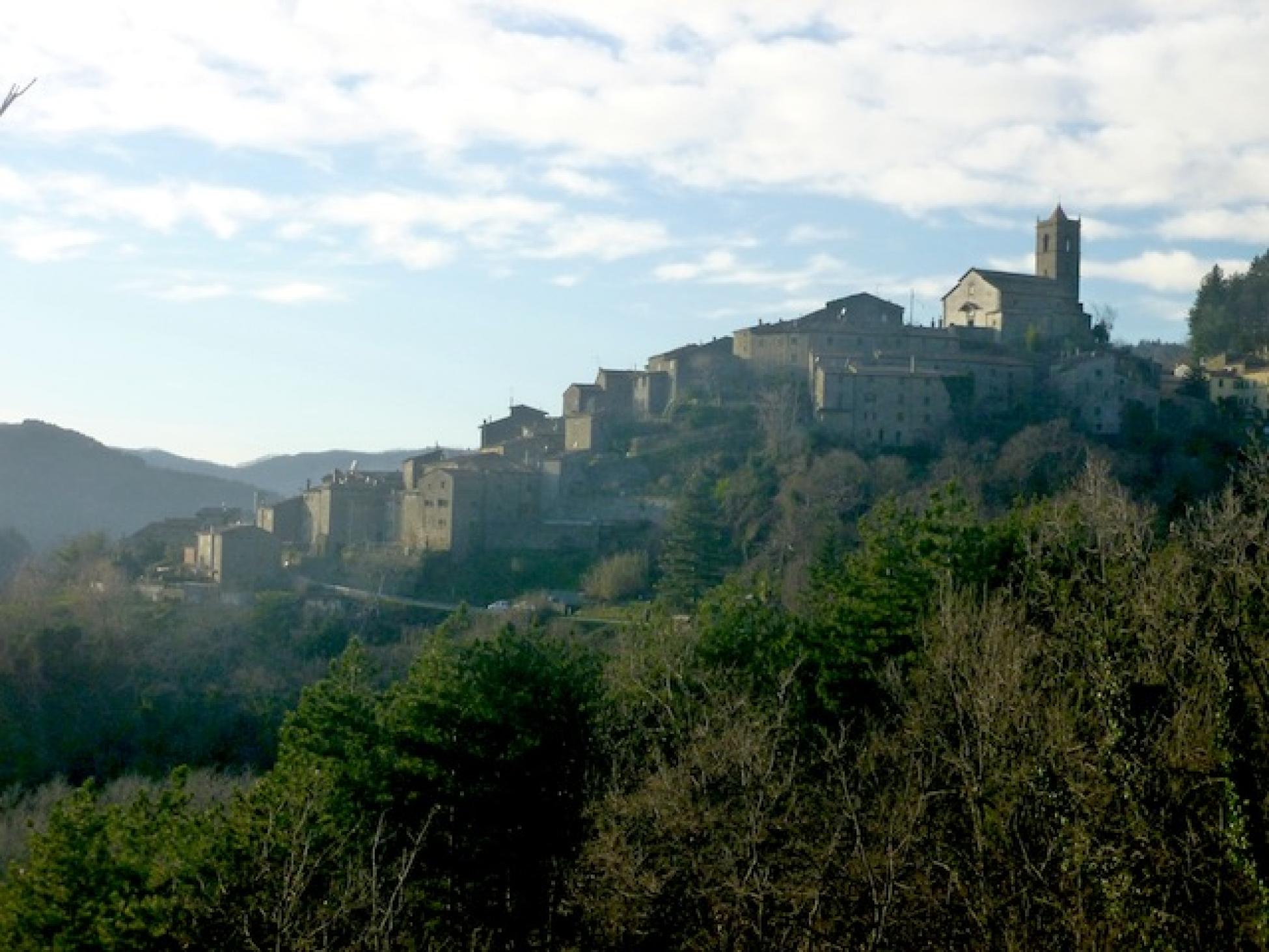 Mark discovers the true meaning of an Italian Easter.

Stefano drives the hills down to the valley of Pistoia every day and I’m having trouble withstanding the first 10 minutes. It doesn’t help that the guardrails are infrequent and the turns are sharper than the point of an obelisk. I have to say something.

“Come ti guida questo ogni giorno?” I ask. How do you drive this every day?

“Le montane?” he says. Like he barely noticed. “Non pensa di la. Siamo quasi li.” Don’t think about it, he tells me.

On the drive into Prunetta we pass the town’s two bars and only church, which is where I figured my family went for Easter Mass that morning. The whole town, with only around 60 to 80 habitants, is as quiet as a chiesa (church) and as chilly as one, too. Daniela breaks the silence after I exit Stefano’s car.

“Mark! Ciao, Mark! Come stai?” she yells waiting in the driveway. I run over to her, lean forward, and we kiss each other on the cheeks. “Tutto bene, Mark?” she says. All is good?

Her 92-year-old mother, "Zia" Velia, who was born in Pistoia, stands behind her, jutting out her wrinkled jaw. I say "Buona Pasqua" to her, and also Daniela’s three sisters and my cousin Dario. We then go inside Daniela’s one-floor house. Stefano joins us after finishing his cigar.

There’s a certain holiness an Italian Pasqua meal gives off, even if you’re not Catholic. Sitting around a white-clothed dinner table (extended only during these times of the year) with white china plates, you feel as though you’re at a meal of equal importance to the Last Supper. We have crostini toscana, baked lasagna, spinach quiche, patate frite and the traditional gamba del’agnello (leg of the lamb). If you’re thirsty, we’ve got vino rosso or acqua; take your pick. Zia sits at the end of the table like a nun, eating a bite-sized portion of the pasta Daniela spooned onto her plate. Her three other daughters sit around, admiring her like a celebrity. Stefano and Dario laugh at my slow pace (“Mangi come un americano!” Stefano told me once. You eat like an American.) Daniela would have enjoyed the meal, I think, if she had time off from running to and from the kitchen, a new dish in her hand every time she returned.

“Ancora?” she says, suggesting I hand my plate over.

As if the tre piatti weren’t enough, there’s the dolce (sweets). The Italian dolce! Mamma mia! Daniela brings out biscotti with mixed berries and almonds, Ferrero chocolates, tiramisú; Dario gets the vin santo, the dessert wine. Stefano unties the bow on the colombo covered in purple wrapping. The colombo, or dove, is the traditional Pasqua cake equivalent in taste and familial importance as the sweet Christmas panetone. The dove, especially on Easter, is a symbol of peace from God—and nothing seems to unite an Italian family more than a piece of dolce. The colombo sits in the center of the table while Daniela slices it carefully, then handing a plate to me. The sisters sip their espresso, deciding with their eyes what slice they’re having.

After the Pasqua meal, three hours later, Stefano drives us around the bending Toscana hills to the small town of Calamecca, about 30 minutes southeast of Prunetta. Zia and the sisters stay behind. The town itself, which dates back to “un mille dopo Cristo,” which one Calameccan woman told me, is truly a holy place. It’s Via Maggio, the main drag, wraps arbitrary through the old houses with Madonnas painted on every corner. Looking out down the serene valley that slides down into Pistoia, I wonder why I haven’t gotten here sooner.

She and Stefano laugh. “Vero,” they say. It’s true.

In Calamecca’s tiny piazza children kick around a half-deflated football; their parents sit in plastic furniture smoking after-dinner cigarettes; others play Canasta in the town’s sign-less bar. And looking out from the steps of the Chiesa di San Miniato, the top of the town, I realize what I said was true. Only when you visited a Tuscan hill-town do you understand the conception of tranquility, of peace, like God Himself sent a personal dove down from the airy skies of heaven.

As an annual tradition, Daniela takes me to Calamecca’s cemetery—the “newer” one at least, where Calameccans who died from the mid-nineteenth century on are laid to rest. There’s only about five or six family names here, and 100 or so gravestones, but Daniela only goes over to one of them.

“Hello, Nonna,” she says to a picture of a dark-haired Tuscan woman on the gravestone, a gas flame burning under her. “Buona Pasqua.”

Daniela turns to me. “She looks just like your Nonna, no?”

“Yes. She does,” I say. “She really does.” I get one more look before we continue back to the center of town.

Back in Calamecca’s piazza I sip café and chat with the locals sitting outside, who are unimpressed by my four-month-old Florentine accent. I tell them how much I love their town, and they think nothing of it. Paradiso è paradiso. Daniela smokes a cigarette, sitting on the old Roman walls, as the setting sun shines off her Prada glasses.

“Pronto, Mark?” she says. Ready to go? Stefano and Dario sure look like it.

As I turn away from the piazza two boys run over to collect a stray football. They stop when they notice me, seeing that I’m clearly an out-of-towner. One of the boys looks up at me with curiosity.

Giacomo asks where I’m from and I tell him. He smiles big when he hears where.

“È certo non come qua,” I say to him. “È vero.” It’s sure not like Calamecca. Especially not for me.