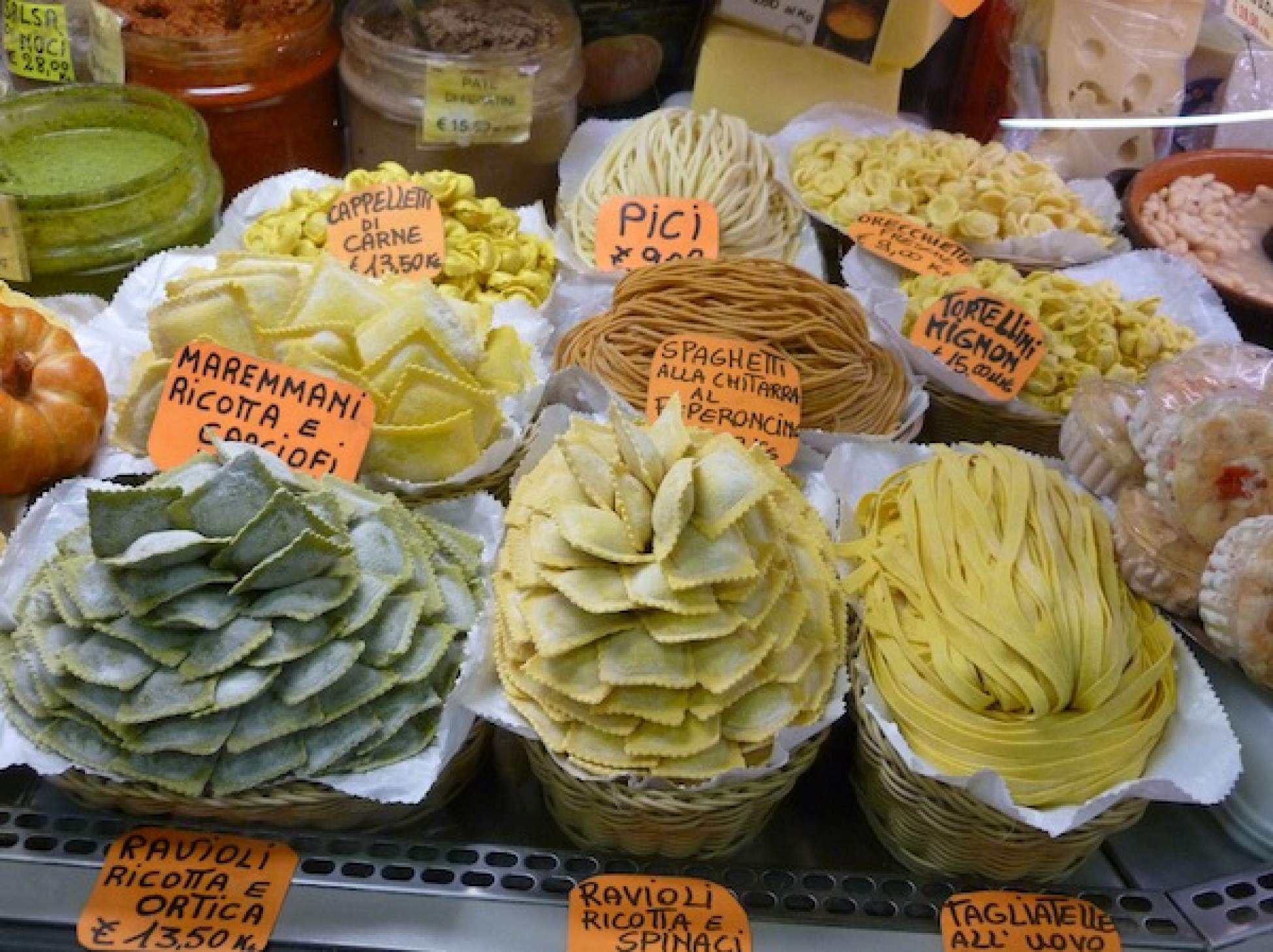 Pasta at the San Lorenzo Market in Florence.
Written by  Mark Oprea February 3, 2014

If you only have a few days to spend in Florence, here's what's worth seeing.

A Florentine professor of Renaissance History recently told me that his city is best seen as a “living museum”—and he could not have been more correct. Living in the City of the Renaissance for less than a week, I feel like I’ve only touched the very surface of what it has to offer. If you are planning on traveling to Florence and do not have a few months to scour the city’s narrow, cobblestone streets, than there’s a few things I’d recommend from my experience thus far.

The genius of Florence is this “museum” quality; you can walk through the city looking at each 700-year-old building as you would a painting by Botticelli. The view from the south side of the Arno River is worth the trip in itself, especially at night, when the Cathedrale del Santa Maria Fuori (The Duomo) becomes prevalent to sightseers, its cupola (dome) lit up in all its beauty. And, of course, you would probably be right by the Ponte Vecchio, one of the most famous bridges in the world (which was destroyed by two different floods in 1117 and 1337). The gold jewelry shops that line the interior of the bridge contrast well with the swarthy-skinned Gypsies that run amuck on it, shaking their plastic cups of change.

If shopping for clothes is what’s bringing you here, it will take longer than a couple of days to cover all the shops. Yes, Firenze has stores like Guess, Prada, and H&M, but the real zest of Italian fashion lies elsewhere. Coming from a city that was literally built on the production of textiles and fabrics, fashionistas must take their Euros to stores like La Rinascente or Luisavaroma, assuming frugalness isn’t on their itineraries. For the non-bourgeois, check out the Mercato di San Lorenzo or the Mercato di San Ambrosio for leather clothing and goods non caro (not expensive)—everything from jackets to journals (Italians swear by their leather and you will not find such a distinct smell as you do outside the San Lorenzo Market).

It was once said that Michelangelo only ate a few pieces of bread, cabbage and grapes a day, the majority of time devoted to his masterpieces. Don’t be a Michelangelo in Florence: eat freely. The panini, gelato, and pasta are one of a kind, and travelers to Florence must remove their health-conscious attitudes before arriving—and think more with their gusto rather than their conscience. Here, as it was once said, everything revolves around food. One of my favorite experiences in Florence so far has been eating pranzo (lunch) in a bedroom-sized café around mezzogiorno (noon), surrounded by men on afternoon break drinking Chianti wine and women feeding their bambini Caprese panini. It’s then you can really here the “symphony” of the Italian language, as a Florentine recently said to me that his native dialect is “come musica” (like music).

Yet there’s more to Florence than its surface, and you should dive into its past to see the "museum" come alive. Reading about the calamitous history of the Medicis, the Guelphs and Ghibelines will show you how such a city’s art coalesces with its political history. Take a tour while you’re here. Pick up a guidebook before you arrive. Dive into the lives of the famous sculptures and architects—Raphael, Giotto, Brunelleschi, etc. You will understand why they are an important part of the city when you see their statues in the Uffizzi Gallery or the piazzas around town. According to Florentine folk tradition, the statue of Neptune in the Piazza della Signoria is embodied with a soul, and his statue becomes animated in the quiet hours of the night, moving around the plaza. I’ve not yet seen this yet.

It doesn’t hurt to have your imagination primed before coming to Florence, something I’m sure is true for any European hotspot with prevalence in Western culture. What the city of Dante and Boccaccio has shown a traveler like me so far is that just because Florence is responsible for the birth of the Renaissance doesn’t mean there has to be a death. It is the people of today that keep it alive: the Florentines and their visitors. So, future travelers of Firenze: come join the celebration, even if you only have a few days to spend here.