You are here: Home/ Articles/ Work Abroad/ Blogs/ How to Find Friends Abroad

How to Find Friends Abroad 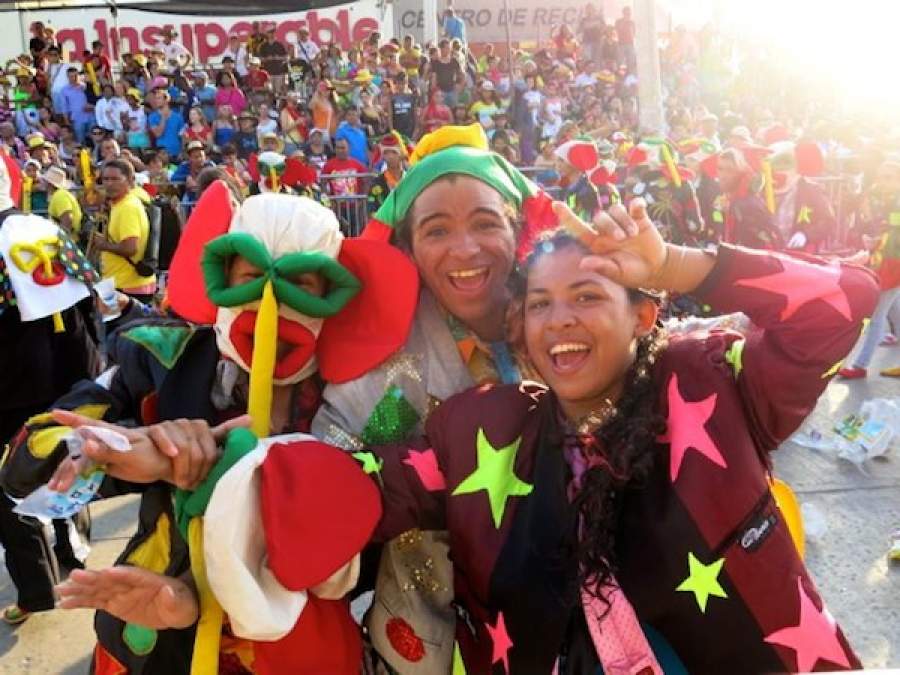 Being chronically indecisive, I’ve never moved abroad, started a new job—or even a course—without thinking “if it doesn’t feel right I can always just leave.” I’ve rarely dropped out of anything but I still find an escape plan reassuring.

Colombia’s been no different. Half way through our eight-week probation period, the main thing that’s made me consider hitting the eject button so far has been lack of social life. Being back in a country with double the responsibility and half the free time definitely has an impact on the fun times.

Bogota is a sprawling capital city and like all other capitals I’ve spent time in, it’s felt a little isolating at first. Colombians nickname Bogota “the fridge,” partly due to its cool climate, but also I sense because people here are poco frio by Colombian standards too. My theory is the vast majority migrates here for work and study, have roots elsewhere and devote most of their time to the rat race. Still, it’s definitely been a little harder to get to know people here than I remember it being.

Moving to a place is worlds apart from blowing through on the backpacker circuit. I do actually cherish these first weeks where everything is fresh and new and you don’t know a soul in the place. It’s rare to feel that kind of anonymity—just wandering around and orientating yourself, people watching, reading, staying in and binging on films, knowing you’re not having to turn people down or make excuses.

But there comes a time when you do need to go out there and interact. Moving as a couple is a first for me and it’s been both a blessing and a curse. It’s been fantastic having someone here to support me and share in my experiences, but we both agree it also makes us, frankly, a bit socially lazy.

TEFL tends to attract a really sociable, if slightly eccentric, bunch of people. So we were surprised to find the Colombia office, well, a bit boring. Unlike a summer school, internship, or study-abroad programme, there wasn’t a big influx of arrivals to bond with when we got here. It’s become apparent that a step up in the TEFL career ladder brings with it a greater level of seriousness (and sobriety). Add to that a lot of our colleagues are TEFL veterans with families and hanging out and talking shop with a couple of newbies is not what they’re after.

The picture I’m painting is of a couple of stay-at-home losers I’m sure—not entirely accurate but certainly the friend-making process has had to be a bit more contrived than we expected. So what tactics have we employed?

Clearly, learning the language makes your life easier abroad. You also get to meet people who are in the same boat as you—a natural breeding ground for friendships. Plus, even if you sound like a toddler putting together their first syllables, you’ll instantly gain respect from locals for at least trying. It’s also a nice safe environment for all those questions you were too shy or diplomatic to ask elsewhere. (I was itching to know the status quo on FARC, drug trafficking, religion and machismo. My lovely teachers at IH Bogota are only too happy to discuss these things in great and personal detail.) And it doesn’t have to be a language class—I think the next stop is salsa, although I already know a two-year-old could dance me into the ground here.

If there’s something you’re dying to do, be bold and go alone. Barranquilla Carnival is tipped as “the second biggest Carnival in Latin America” in our guidebook. Never one to turn down a party, I decided to go ahead and book my flights to the coast, even though my fella had to stay at home for work. As soon as I mentioned it in the office, ears pricked and I’d soon recruited a partner in crime for the weekend.

Nick thought he’d kick-start his Spanish with an “intercambio event” he’d seen advertised online. We arrived to find a club night entitled “Gringo Tuesdays.” Unsurprisingly, it was a prowling ground for young Colombianas and gleeful Western lads, the main thing exchanged being phone numbers. I’ve found a better tactic is posting online, for example on the local couchsurfing forum, and seeing who bites. (I’ve so far found a running partner, a rock climbing group, some suggestions for part-time courses locally and free ukulele lessons in return for English conversation. Win!)

4. Call in some favours.

One thing that hasn’t changed here is the Colombian capacity for hospitality to strangers. Luckily, between us we have many globetrotting friends so a few emails, phone calls and Facebook shout-outs has produced more contact details—and invites for drinks—than we know what to do with, leaving us cursing our late-night/ early-morning combo schedules.

So although it’s been a slow process initially we’ve managed find some lovely people. These are a few of my suggestions but I’d love to hear about your own tactics. What works for you? What online communities do you access? Any major disasters or triumphs?