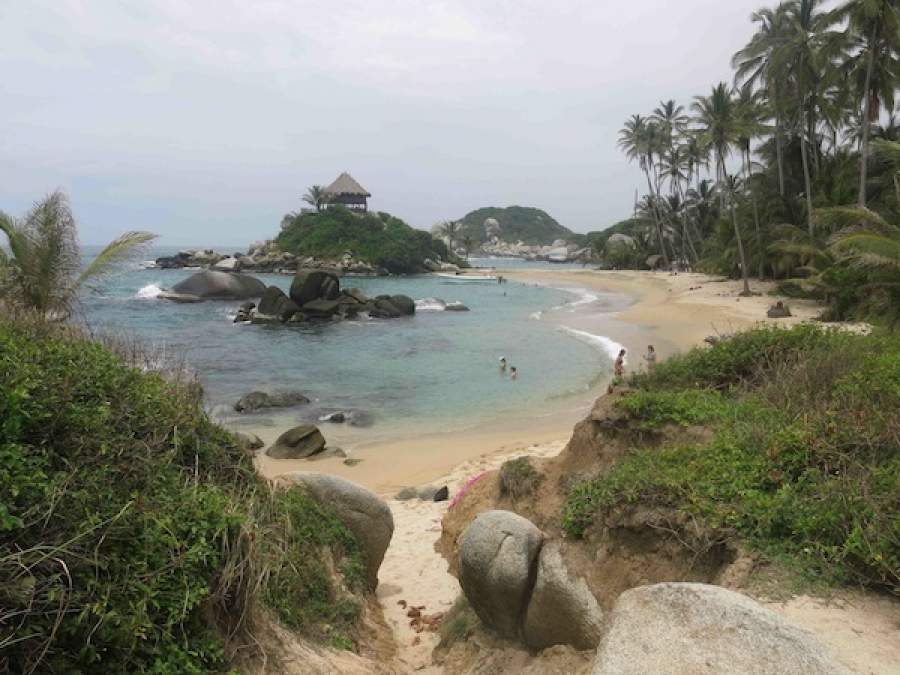 After weeks of looking for a place to live, Jessica finally finds a place to call home.

I do love Colombia—but it’s really tested my patience lately. Travelling here in 2007 I was unaware of the sheer magnitude of bureaucracy that impedes everyday life. Ignorance is bliss.

Finding a place to live has become an ongoing saga. After two failed attempts where potential flats slipped through our fingers because of not being able to process the paperwork in time, we’re happily now finally settled into an apartment. As it slowly fills up with furniture the memories of all the stumbling blocks we tripped over to get here are beginning to fade.

The biggest lesson I’ve learnt this last couple of months in Colombia is keep your receipts! Don’t depend on being able to call up the gas company and request a reprint of a statement or check your bill online either. The onus is completely on you to prove you have paid for everything and “benefit of the doubt” has no translation in Colombian Spanish. And if you can’t prove it? Pay again. Deposits and permissions need to be given and requested from all quarters before doing something even as simple as transporting a fridge.

So after all our trials, we decided to escape to the coast for a long weekend to coincide with the end of term. We touched down in the coastal town of Santa Marta on Saturday night and by Sunday morning we were bound for Parque Tayrona, a national park on the Caribbean coast—a string of beaches reached by a short trek through subtropical forest. Trying to describe how beautiful this place is pointless and descends into clichés: Jurassic park, a demi-god’s bowling alley, a millionaire’s hideaway, a desolate paradise. They all miss the mark. So I’ll let the photos speak for themselves.

The idea is to move your way up the coast staying at beaches on the way. Accommodation is minimal: your options are hammock, tent, or—if you’re feeling flush—there are a handful of cabanas with views you’d pay 10 times for in a resort. It’s basic but who needs much when you have a sea to swim in, a hammock to dangle in, a one-man bar for beer purchasing and giant boulders to clamber over if you’re feeling a bit active. There’s even a nudist beach if you keep going far enough—although it hardly seems worth the moniker when there’s no one around to notice whether you’re clothed or not.

We were lucky to go in low season. Although the sun shows itself less frequently, its rays are punishing when they do appear and it’s more than made up for by the empty beaches. At night lights go out once generators are switched off and you’re left with the drone of jungle frogs and cicadas. Bliss.

Day three and totally relaxed, Tayrona had restored my faith in Colombia and my decision to come here. Bogota is fine, but to really appreciate the country you have to get out of the city. I made a vow to do it more regularly from then on.

We got back to Bogota buzzing from the weekend and I reluctantly got back into work mode. I was checking over a student’s MA application when I came across a startling statistic; that Colombia has the second largest internally displaced population in the world following Sudan. A quick look on www.internal-displacement.org confirmed this, and it turns out up to 5.5 million people have so far been displaced due to conflict in the region. What I found most shocking was, having just moved to Colombia from South Sudan, the two regions couldn’t be more different. Whereas in South Sudan the effects of civil war are still very tangible and ongoing, sat here in a nice flat in Bogota you could be forgiven for being completely oblivious. Almost forgiven.

Suddenly, all our woes over finding a place to live seemed ridiculous. In fact, I should be counting my blessings. We have a beautiful home, a great job and the opportunity to visit some incredible places whilst learning a new language and culture. I couldn’t dream of being able to do all this back home. So now I’ve had my few months of settling in and finding my feet it’s time to start looking outwards, to become a bit more aware of what’s going on in this beautiful country where I’m lucky enough to be living.