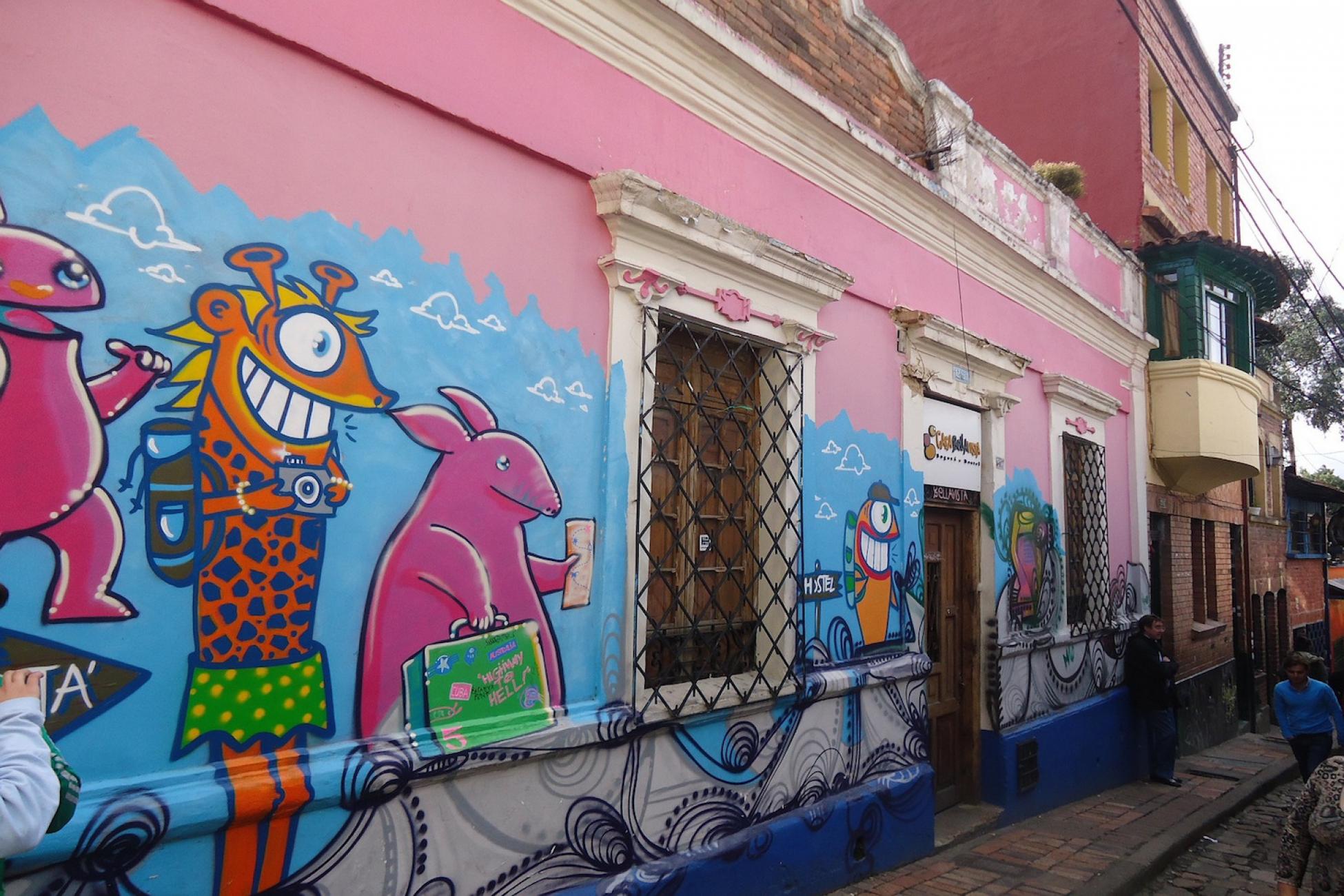 How to find the perfect flat in Colombia.

When we first arrived in Colombia, we were very lucky to get a free flat into the deal for the first two months. That offer’s now expired so we’ve been frantically looking for somewhere to live. These last few weeks have been a thorough crash-course in flat-hunting Bogota style and frankly, it’s a pain in the bum. I really wish I’d known all this before I started.

So for future apartment hunters out there here’s the lowdown:

To rent a property in Colombia through official channels is incredibly bureaucratic.

Landlords and agencies demand two guarantors to undersign the rental agreement for starters. (Luckily our employer provides this service for us.) If you don’t have the appropriate guarantors, your options are to find an unofficial sublet through Internet forums such as Craigslist, rent an apartment specifically for short-term visitors (which can be pretty expensive as they are fully furnished), or alternatively look for a room in a flat share on compartapto.com.

Apartments for rent can be found on metrocuadrado.com or in the classifieds section of newspapers like “El Tiempo.”

A third and arguably better way though is to decide on the area you’d like to live in and go for a wander—people advertise by putting a phone number in the window of the apartment or in the reception window of the building. (All apartment buildings in Bogota have a concierge or “portero.”). Calling a number in a window also means you’ll probably be speaking directly with the owner, which could make the rent substantially cheaper than through an agency.

I’ve found that sending texts or emails to ads seldom yields responses, so despite my rubbish Spanish, swallowing my pride and calling people—or finding a nice Spanish-speaking friend to do it for me—has been by far the most effective way to get viewings. People generally only show their apartments in the afternoons and never on Sundays so be prepared to give up a lot of your free time in the week to fit round prospective landlords’ timetables.

Once you’ve decided on a place you will need to pay a deposit.

It's usually one month’s rent. You'll also need to submit details of guarantors and finances for the owner/agency’s third party insurance company to check up on (called “the papers” or los papeles). Another important thing to know—it could take up to three weeks to do all this, so make sure you are aware of moving in and out dates (including public holidays) to avoid ending up homeless in between. We will probably end up paying rent on both apartments for a few weeks but that's the way it goes.

When deciding on your budget, you need to bear in mind the cost of furnishings, as most apartments are completely unfurnished.

Also, the final price will include a monthly administration fee (to pay for the porteros’ wages and upkeep of the building), about 20 to 30 per cent of the rental price. Secondhand furniture and all sorts of stuff can be bought online, for example on www.mercadolibre.com (Latin America’s eBay) and it might be a good idea to buy the basics to be collected before moving in to save sleeping on the floor when you arrive.

If you have a parking space attached to the flat—which most do—you can rent this out to someone else for around $80,000 to $100,000, which the porter can arrange for you. Subletting is perfectly legal here (unlike in England) so you could always also rent out spare rooms once you arrive.

One other interesting thing; it’s normal here in Colombia haggle over rent.

So if you feel that the price is a little steep, it’s acceptable to propose a discount, particularly if there is building work going on in the vicinity (which invariably there is as Bogota is a rapidly changing and expanding beast). The worst that can happen is they’ll say no!

A friend moved out recently so we’ve also discovered a few important things for the other end:

1. You will probably have to pay to have the flat painted to return it to its “previous condition” when you leave.

2. It is actually illegal to move out on a Sunday as Colombia is a Catholic nation and they value their day of rest. You can, however, get a letter of permission from the landlord in advance to get around this.

3. Make friends with all the porteros and keep hold of all paperwork. It’s unfortunate, but they can make your life very difficult if they choose to, for example “missing receipts” for admin bills, which end up having to be repaid.

4. Unlike in the UK, where generally you can move out with just a month’s notice, here three months is the usual and you may well have to continue paying for rent on a place after you have moved out. The same is true of things like phone and Internet contracts, which are virtually carved in stone and carry high disconnection charges.

So where are we at now? Unfortunately the beautiful flat we found fell through mid-way through negotiations, as the landlady decided she wanted to sell it instead (which is apparently very common). As a result, we are back to square one and looking again.

We are nevertheless in a lucky position. Being an expat in Colombia, for the first time in my adult life I can actually afford somewhere very nice on my teaching salary, and this fact only really hit home the other day when going round to a Colombian friend’s tiny flat for dinner. It was very humbling and made me realize just how high our expectations have been. We’ve decided we want to make the most of the opportunity, but I’m both excited about where we’ll end up and a little apprehensive to see how Colombian friends react when we start having house guests. Here’s hoping we find something soon!