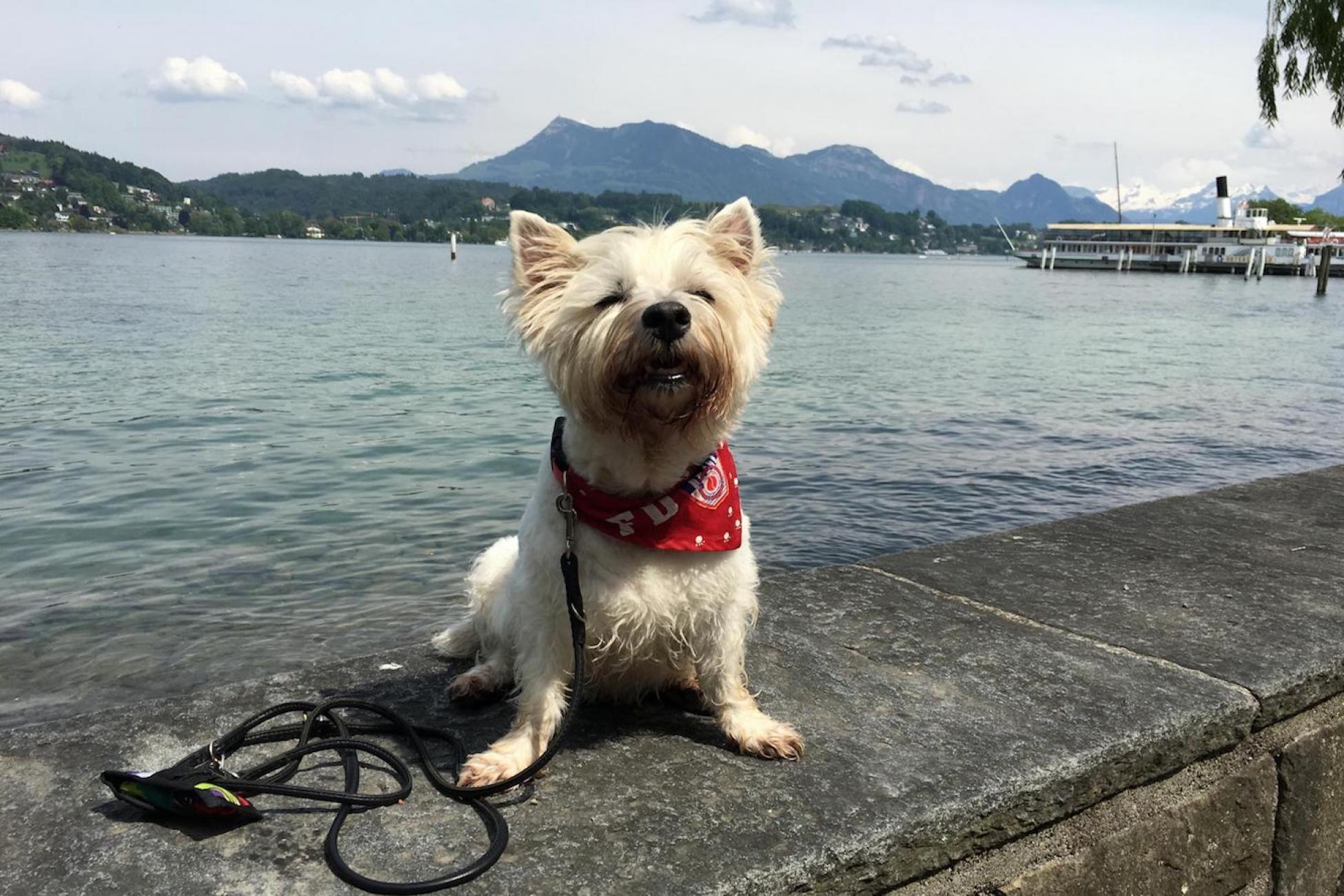 Like many who live abroad, my international move came with a new career and a new way of working.

I love my “home office” (one of the many Swiss-adopted terms that Brits don’t actually use). I love settling down at my laptop in comfy clothes while others trudge to the train station. I love drinking as much tea as I want and shaping my hours around things that are good for me like exercise, fresh air and practising German.

But I don’t love the loneliness. As many homeworkers and freelancers will tell you, it’s easy to become isolated when you’re stuck at home all day. You suddenly realize the value of office chit-chat: conversations at the coffee machine; comparing hangovers after the office party; even those meetings that could have been an email.

I’m an introvert so don’t need copious stimulation from other people, but the total absence of other living beings from my home-slash-workplace can be dispiriting. And that’s where Kira comes in.

The total absence of other living beings from my home-slash-workplace can be dispiriting. And that’s where Kira comes in. Kira is the 12-year-old Westie.

Kira is the 12-year-old Westie who placed an advert in one of the local papers. Her person works in Lucerne and she needed a place to hang out during the week so she wouldn’t be lonely. Said advert recently found its way onto my desk with a circle round it.

Thinking this might just be one of those “isn’t this cute” things, I WhatsApped my boyfriend at work, who said we should go for it. Several phone calls, a meeting, and one Schnuppertag (trial day) later and the deal was sealed.

Kira comes to us four days a week. She has a bed by my desk, a blanket even nearer my desk, and one of those special dog bags she’s meant to travel in on the train, which unfolds to serve as an additional bed. We’ve also discovered she can get onto the sofa, so now she has a blanket up there, too (thanks, Mum).

At the more “experienced” end of the spectrum, Kira knows what she likes and what she doesn’t. Her hobbies include sleeping, following me into the kitchen, and barking at bigger dogs (but only when they’re on a lead; she’s no fool). She dislikes crows and the postman’s little electric car, which is far too quiet for a vehicle of its size and always tries to sneak up on her from behind.

Kira is not one to fake enthusiasm and will not be hurried. Her preferred pace is about half my normal walking speed, and she’s not afraid to show her objection when she feels we’ve gone far enough, sometimes coming to a halt in the middle of the street. She’s also not so motivated by food as some dogs, meaning this little impasse can go on for a couple of minutes.

All this attracts quite some attention in the suburbs of Lucerne. Small children feel no qualms shouting about the “chlini Höndin” pootling down the street. People on the bus; a van full of policemen; even someone in a car has paused to admire her. Passersby smile at us, want to stroke her, and ask me questions about a dog I’ve only known a few weeks.

It’s fair to say it’s a pretty good feeling going out with Kira. I haven’t had the easiest time integrating in Switzerland; I’m still working on it. I’ve found some wonderful, welcoming people via the hobbies I’ve taken up, but there are many situations in which I still feel like an outsider. But when people smile at Kira, and then at me, that’s not the case.

Living off a very modest income in a foreign country—which has only issued me with a permit till next year—there’s no way I would’ve felt secure enough to buy or adopt a dog of my own, no matter how much I’d love to. Owning a dog is a huge commitment and, sadly, it’s not one I’m currently able to make.

But having an animal in my life—even if only part-time—has completely changed my experience of living and working in Switzerland. Kira is brilliant company, whether zonked out in one of her beds or plodding along behind me when we’re out and about. She helps me feel like I have permission to be there, on the streets of Switzerland. Because I’ve got a dog to walk, whether she wants to or not.