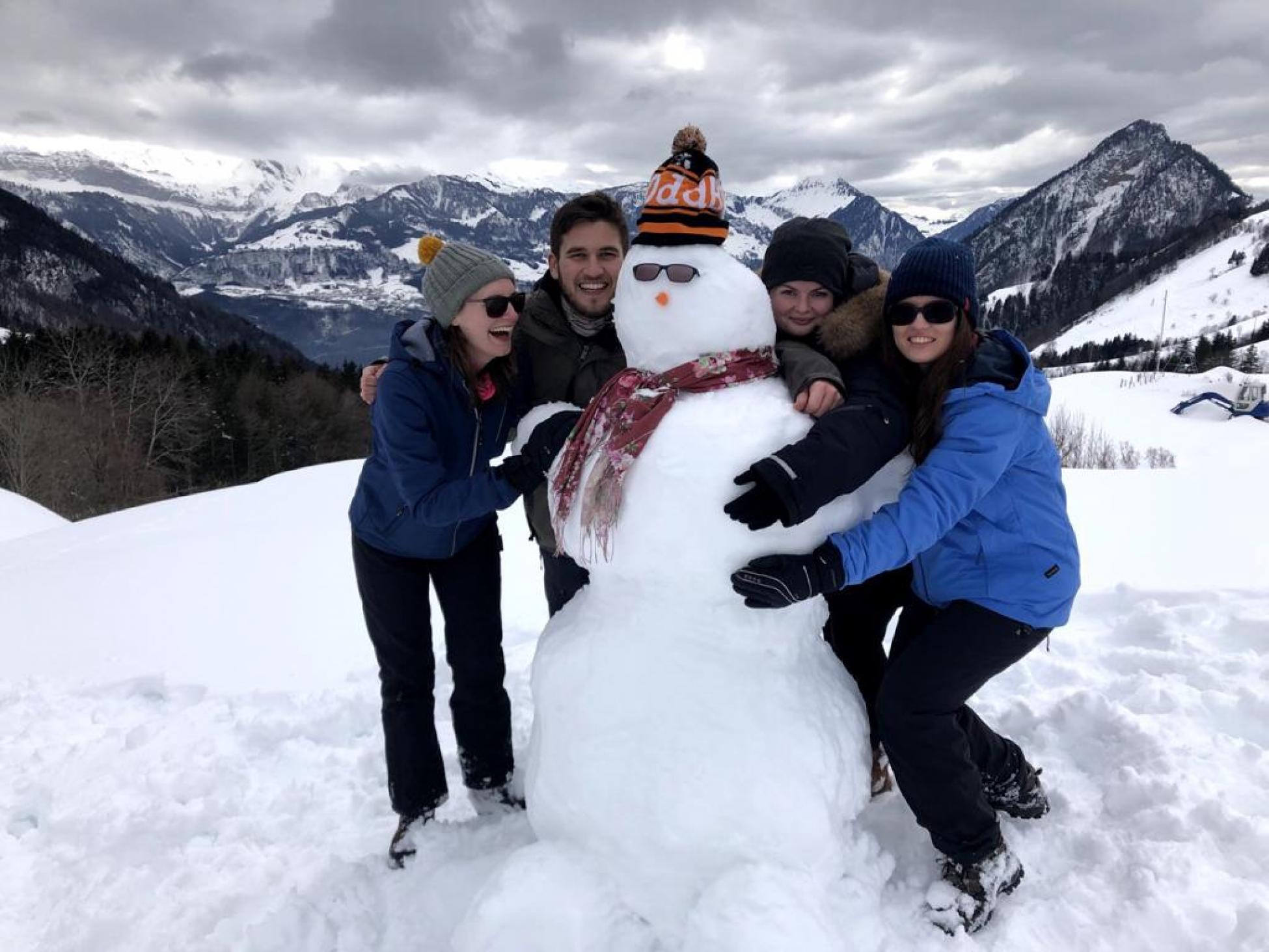 The results? They might not be what you expect.

I recently flew back to England for a visit at what turned out to be a fairly dramatic time.

It was snowing—and the storm was headed for my hometown.

Arriving home with my parents, we found messages from the dentist’s office, asking if I could delay my appointment the next day because of the weather.

We watched the excitement unfold on the news, where a witness likened the situation in Cornwall to Armageddon. Footage of snowy streets was punctuated with warnings not to travel in certain areas unless absolutely necessary.

You may know the stereotype that Brits can’t cope with a bit of snow.

Commuting becomes hell and some institutions are forced to close. I remember listening to the radio in trepidation as a child, waiting to hear if school would be cancelled. (Maybe there’s an app for that now?) One particularly cold day, the locks froze and no one could get in—hurrah!

In our defence, the emergency services and many others do a fabulous job at keeping things going. News coverage of our more extreme weather wouldn’t be complete without reports of people going above and beyond to help each other out.

In Switzerland, however, most snow isn’t news-worthy.

It’s simply another type of weather. With the white stuff appearing much more frequently in Lucerne than in London, the locals are a) unfazed by it, and b) ready to respond, should they need to. I can only imagine that more money is also invested in the necessary equipment, judging by the number of snowploughs (schneeschnützen) chugging around when the flakes start to fall.

The Swiss may seem to handle it better than we do. But I wonder if they’re missing out on another British reaction—joy.

The Swiss may seem to handle it better than we do, what with their schneeschnützen and their weather-appropriate clothing. But I wonder if they’re missing out on another British reaction—joy. When Brits aren’t busy panicking, we are celebrating. Young and old rush out to build forts, have snowball fights, and finally get that old plastic sled out of the garage. And there’s always at least one show-off waddling through the city centre on skis.

The contrast between British and Swiss reactions was even clearer when my friends came to visit me for a wintry weekend in Lucerne. After a short drive into the mountains, we quickly abandoned our original plan of hiking upwards for a nice view. Instead, we spent several hours pushing each other into snowdrifts, sliding down hills, and building the obligatory snowman.

One friend asked if my Swiss boyfriend and I did this every weekend.

I suddenly realized how much my attitude had changed in my short time abroad. Instead of being an event in itself, snow had become another condition to monitor. I still interact with the snow, stomping through it in snowshoes or falling on it in skis, but, before my friends came, I couldn’t remember the last time I’d hurled a snowball at the back of anyone’s head.

Snow may be less of a bother in Switzerland, but it’s also met with less delight. And, while other countries may laugh at our inability to “cope” with the cold weather, I think the Brits have way more fun when it does come.