Finding Friendship as an Au Pair 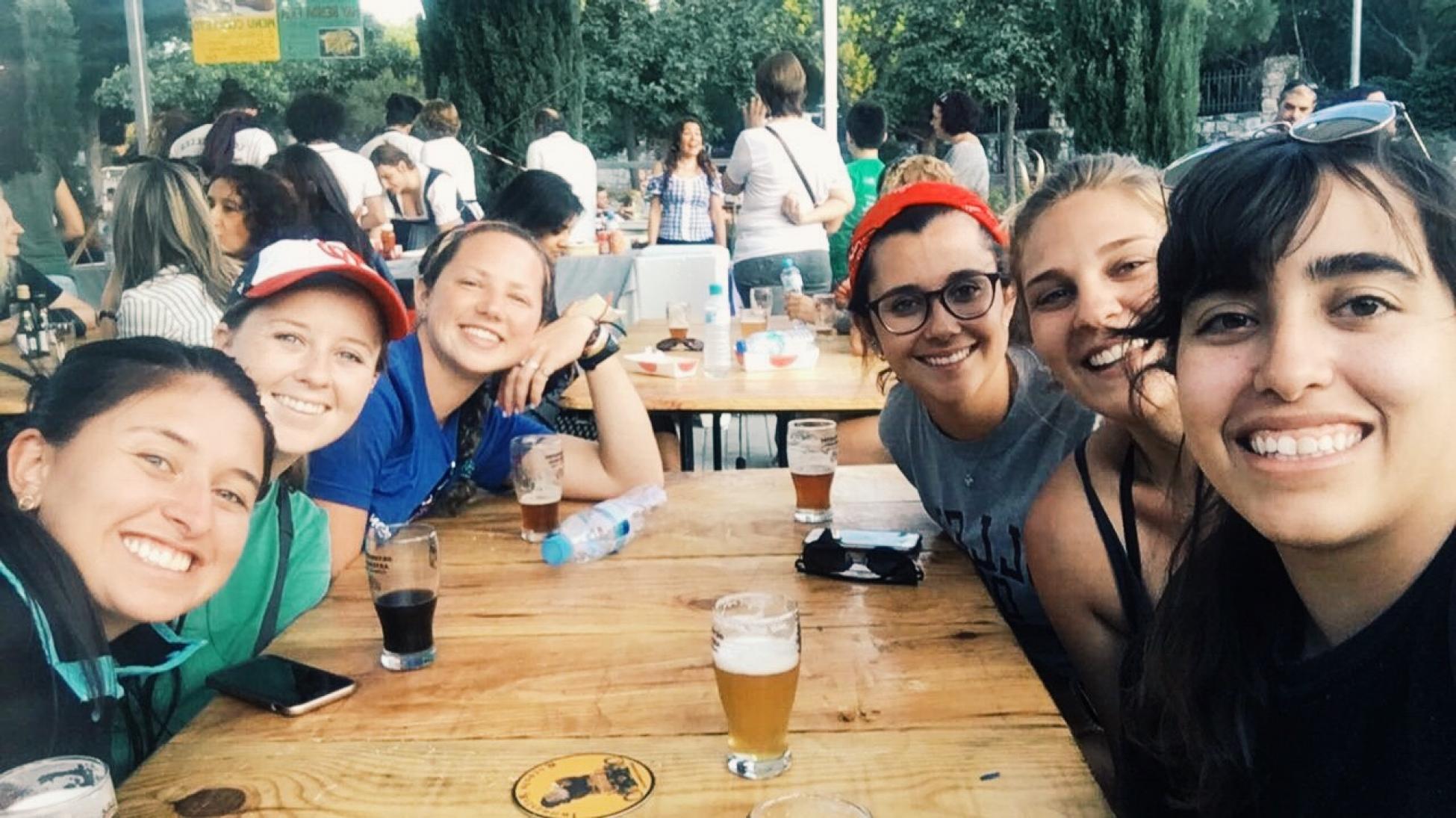 Friends I made during my first month in Madrid. We bonded over beers after our hike in the outskirts of Madrid. Justine Hall
By  Justine Hall

Working as an au pair has its perks—but an easy path to new friends abroad isn’t one of them.

One of my "superpowers" is that I can easily befriend just about anyone I meet; it's served me well in life. When I’ve had a choice about something, I’ve chosen to do things that put me in situations where I don’t know anyone. I think I might have a bit of an addiction to throwing myself into experiences that force me to meet new people and step out far beyond my comfort zone.

I imagined moving abroad to work as an au pair would be similar to when I started college in a new state on the other side of the country or when I studied abroad and didn’t know a single person in my program. I expected, of course, to be lost and lonely at first, but within a week I figured I would find my people. That equation had worked quite well for me in the past.

What I failed to remember is that I’m working and living long-term in a foreign country. I’m not thrown together in a room with three-plus people my age to instantly become friends with or, at least, to act as buffer friends until I find my actual friends. I don’t have an orientation group to organize get-to-know-you games. I’m living with a Spanish family as an au pair, and yes, that 100 per cent has its perks—namely great advice from people who were born and raised in Madrid, the sense of family abroad, and some of the best food I’ve eaten (ever). But I’m not going out for drinks every Friday night with them. Working as an au pair can make it quite hard to forge friendships—at first.

I’ve learned to redefine what friendships mean to me. I’ve had meaningful conversations with people I walked next to on a hike, or who I happened to be sitting next to at a cafe. These interactions are equally as important and memorable as the ones where contact information was exchanged and we met again.

I’ve learned to redefine what friendships mean to me. I’ve had meaningful conversations with people I walked next to on a hike, or who I happened to be sitting next to at a cafe.

I’m much more fearless about reaching out to people in Madrid than I ever was at home or at school. There’s something about the shared experience of living abroad that forges an instant connection between people. While my vocabulary is still quite limited (I’m hoping five days of Spanish class a week will fix that) I’ve spoken with people from countries spanning the globe with Spanish as our shared language. Intercambios (language exchanges) are a great way to do this. Websites like Meetup offer hundreds of groups each day of the week. When I first signed up it was a bit overwhelming, how could I pick one intercambio when there were over 30 on Saturday afternoons alone? I asked the professors at my school for recommendations and the simple act of speaking with other people at whatever level I can has helped to improve my confidence speaking Spanish.

Use the internet to your advantage. Search for groups in your city that do the things you’re interested in doing. A friend encouraged me to join a hiking Madrid group where hikes are led on weekends and end with a round drinks for everyone. Facebook groups are hit or miss. Most “Madrid Au Pairs” Facebook groups I’ve joined have primarily been filled with spam and promoters advertising for weekend events. My advice: join groups that organize specific activities—like yoga in the park the third Saturday of every month—not a vague "expats in Madrid" group.

But when all else fails, just get out there. Get on the metro, find a cafe, go to a museum, but go by yourself and you’ll be surprised by the friendships you make. By venturing out on my own I’ve met interesting and intriguing people who’ve given me great tidbits of travel and life advice—and odds are I may never talk to them again.

I met a girl from Australia at a giant open air market in the centre of Madrid. We both happened to be standing at the bar eating near each other. I was missing my friends from home particularly fiercely that day and desperately needed a friend and so I did the terrifyingly easy thing and said hello. I learned she was on a seven-month sabbatical from her physical therapy job and so far had spent a few months living in Mexico, had taken pottery classes while living with a ceramicist in Greece and was now studying Spanish in Madrid. Imagine if I had instead chosen to stay in my bubble and assumed she was waiting to meet friends or didn’t have any interest in talking to me. You never know until you ask. We didn’t exchange numbers on WhatsApp or make any plans to meet up again, and that’s okay. Because in the moment it was friendship and exactly the conversation and human connection we both needed.