You are here: Home/ Articles/ Work Abroad/ Blogs/ Marching in Madrid as an Au Pair

Marching in Madrid as an Au Pair 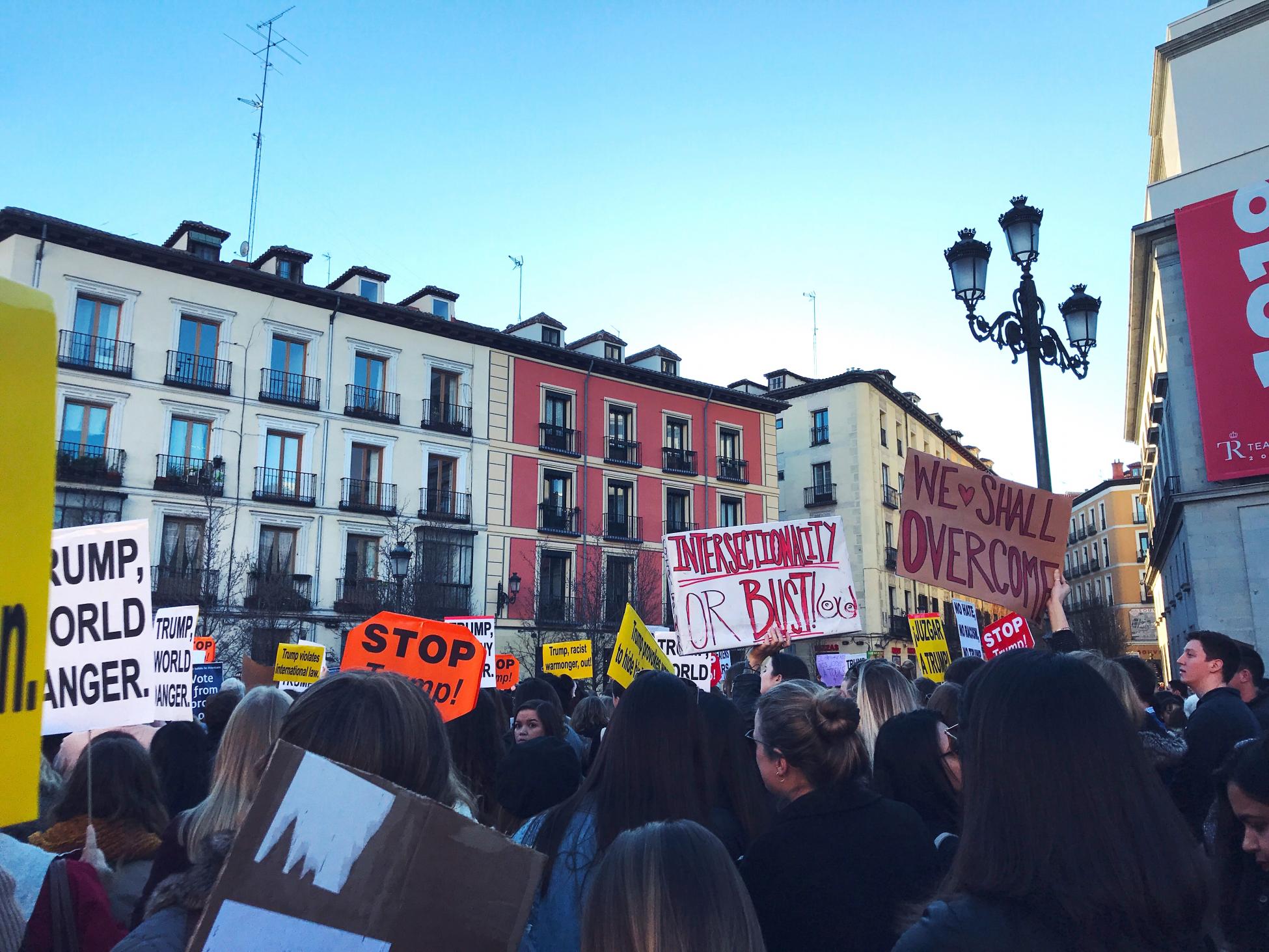 When I joined the Women's March in Madrid, I had three young girls in mind.

One year ago, I marched in Charleston, South Carolina on behalf of all women, with some of the fiercest people whom I feel lucky to call my friends. When I marched in 2017, I was angry. I was frustrated with the state of my country, I knew I needed to do something—anything—about it. I just had to figure out how.

I would never have predicted that a year later I would be marching alongside new, equally passionate friends in Madrid.

When I decided to work as an au pair abroad, I thought I was about to embark on another year of gazing inward. While in some ways it has been, my focus has instead been toward the three girls I’m helping to raise. All under the age of eight, they're highly impressionable. Every week they come home with new, funny phrases they heard at school and love repeating everything they hear. As the foreign girl with the funny accent living in their house, I have gained the highly coveted position of "coolest ever."

I've noticed the special influence I hold in their lives, and it’s not something I take lightly. As an au pair, I feel my role is more in the sphere of a third parent rather than that of an English teacher. This unexpected role has come a great sense of personal responsibility. I want to encourage them to believe in themselves, to trust their instincts and to value all people even if their lives look a bit different than their own.

As an au pair, I feel my role is more in the sphere of a third parent rather than that of an English teacher. I've noticed the special influence I have in my girls' lives and it’s not something I take lightly.

This is by no means a small undertaking. Just the other day, one of my girls wrote the the numerals “5” and “6” in the opposite direction— as if the number was mirrored. I asked her why she was writing them that way and she told me a “big, nice boy” in her class told her it was the correct way. I told her just because he’s a big, nice boy doesn’t mean he’s right—she needs to decide on her own right from wrong and not simply take someone else’s word for it.

What I didn’t expect when I decided to be an au pair was just how many of these moments I would encounter. I want to teach my girls how valued and important they are in this world, and that their opinions and feelings matter. My newfound role as this third parent makes me feel almost as if I am responsible for teaching my girls to be independent women who are capable of anything they set their minds to.

In 2018, I marched for a world where girls and boys alike are empowered and educated, and glass ceilings are shattered. I marched for three girls, whose futures I care about deeply, alongside a group of independent and inspiring friends, all of whom I would never have imagined knowing a year ago at my first Women’s March.

The Women's March in 2018 showed me it’s about so much more than the political and social climate of just the United States. The movement and its message has now permeated far beyond what happened in my home country. Instead, it’s become a global movement that has inspired hundreds and thousands of young girls and women across the world.

Awakening to my own empowerment lead me to bring these values into the lives of these three little girls during my year as their au pair.