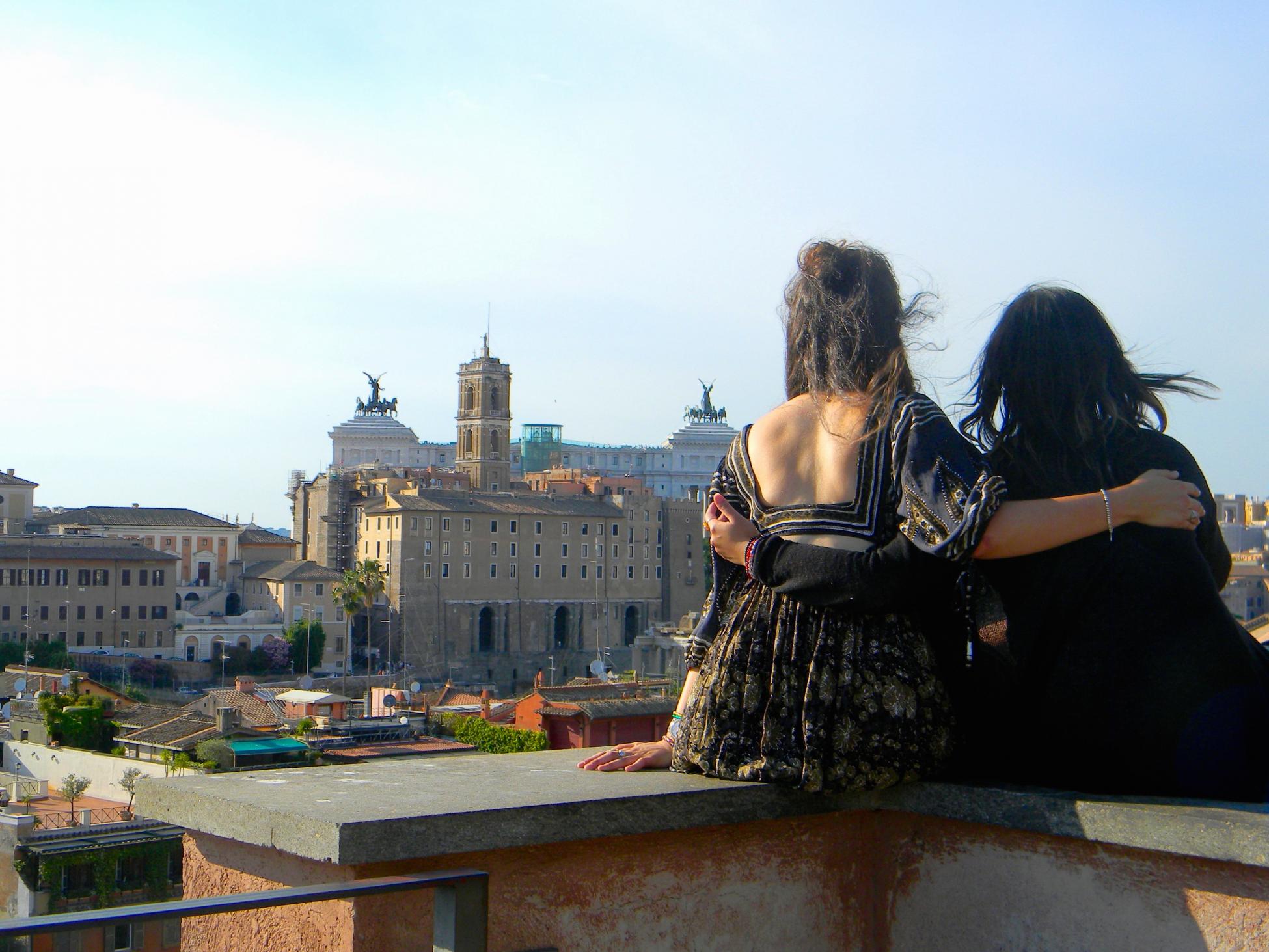 I wanted to go abroad, but I didn't want to teach English. Here's what I did instead.

“Just got an interview with this killer start-up.”

“Finally got the letter. . .I got into grad school!”

“The company’s flying me up to their office next week; I’ll probably move up there as soon as we graduate.”

It was smug phrases like these that felt as if they were permeating my life—and every conversation I had in the months and weeks leading up to my graduation from college.

Sure, I had plenty of friends who were uncertain about what they were doing once "student" would be officially removed from their LinkedIn page. But, I knew, at least for the foreseeable future, I didn’t want to join the masses in taking a nine-to-five job.

Obviously, I didn't want to sit around aimlessly. It was quite the opposite. During my college years, I had so many internships and jobs that I was typically working at two at a time. I like having work to do. Yet, I wanted to do more than sit behind a desk and type on a computer while trying to steal glimpses from a window to the real world.

I realized there are so many jobs and occupations that don’t require a Monday to Friday schedule. Those jobs tend to require more grit, perseverance and audaciousness. I felt something in me that was telling to take a chance on the next year and find work abroad. One of my greatest passions is writing, and all of senior year, whenever I got the “what are your plans after graduation” question I would reply that I wanted to write; however I could. And I love people: talking to them, learning about new cultures and traditions. In my book, what better way is there to experience that than working and living abroad while mastering a new language?

I didn’t see myself as an ESL teacher—something about the idea of me corralling 20-plus middle school kids didn’t sit well.

Once I knew moving abroad was the right decision for me, everything didn’t instantaneously fall into place. It took a lot of preparation. I had to decide what job I was going to take. I knew one of my main goals while living abroad was to become comfortable speaking conversational Spanish. I also didn’t see myself as an ESL teacher—something about the idea of me corralling 20-plus middle school kids didn’t sit well.

I landed on au pairing, an idea that had always appealed to me. Once I looked into programs, it was also appealing financially; my room and board would be taken care of and I would be given a weekly salary.

Making the right decision for me

The key to landing on au pair as my next job title was the conversations I had with people who had done it before. I remembered someone on Facebook posting about au pairing years ago, so I searched Facebook and found her. She was a few years older than me, and though I didn’t know her that well, I messaged her to see what her experience was like. She replied, giving me honest answers to all my questions: visa application, cost of living, family relations, etc. She said the experience was one she would always recommend. I also asked professors if they knew of any students who had au paired or even moved abroad to Spain. Slowly, I built a network of people, and unanimously, despite any of the challenges they encountered, everyone told me if I was up to it, I had to do it.

Moving to Spain for a year, living with a family of five and taking 20 hours of Spanish classes a week scares me. I don’t know what to expect, no matter how many expat blogs I read and how many packing lists I make. That is exactly why I’m going. To me, life is about doing things that are out of my everyday comfort zone; challenging and encouraging me to grow far more than I ever could sitting inside the same four walls.

I realize I’m lucky to be in position where I have a choice in what career I want to pursue. I know I could find a job in the U.S. that would pay me far more than au pairing will, and far more than any of the freelancing I’ll be doing over the next year. But I wouldn’t be totally happy or satisfied. I would find myself wondering whom I would be if I had moved abroad, and now I won’t be wondering—I’ll know.