You are here: Home/ Articles/ Work Abroad/ Blogs/ Keeping the Faith in Panama

Keeping the Faith in Panama 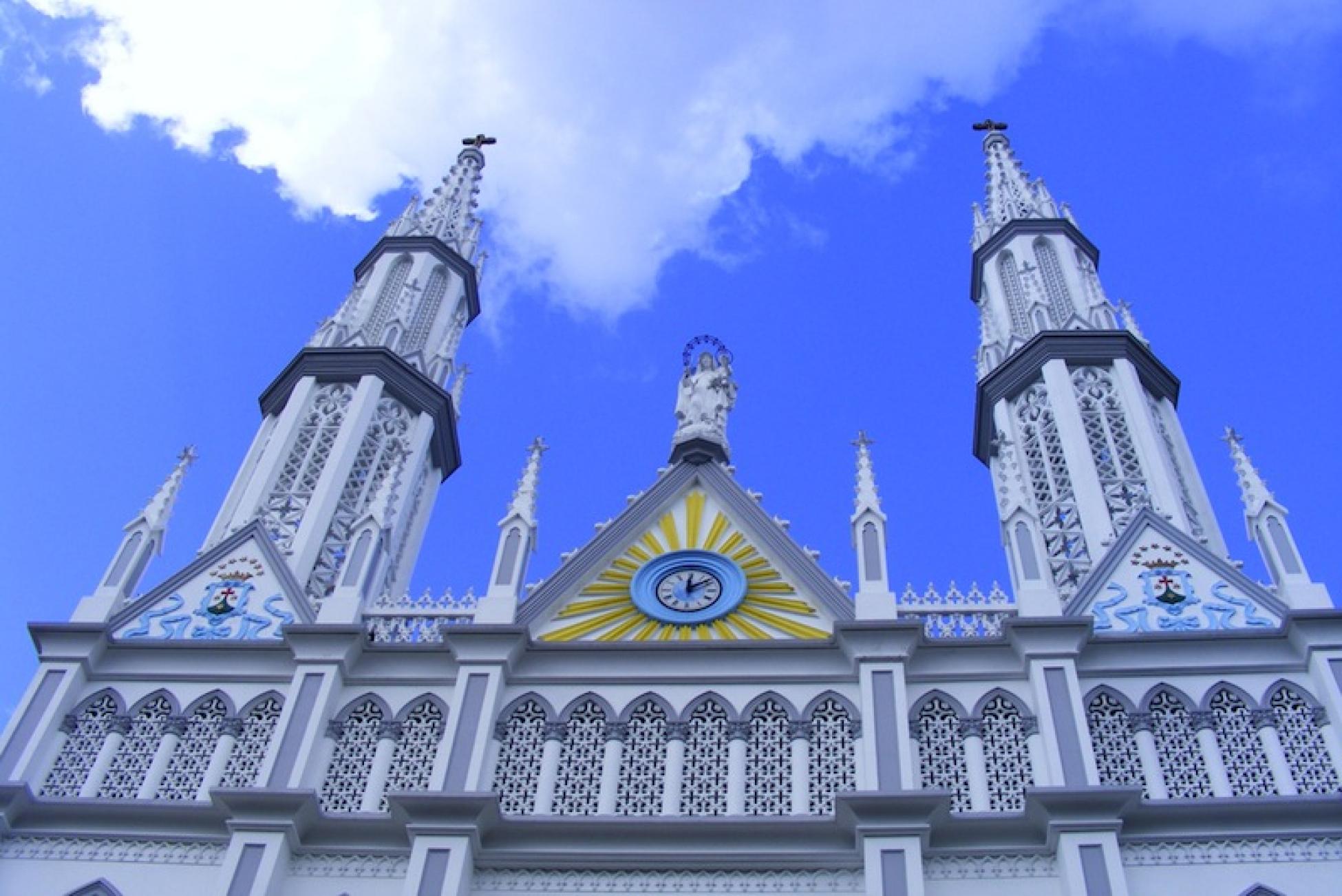 If I wake up at 6:20 a.m., around the same time as the sun, then I can get there by 8. I have never had this long of a commute to get to church. At school, I am used to walking a couple of blocks, while at home I must endure a 10-minute drive. My previous international experience has centred on the World Youth Day pilgrimage, where daily mass draws a stadium-filling crowd. Here in Panama, it took me about a month to find a church and a reliable way to get there.

I could have attended mass at the local Catholic Church if I had arrived in Gamboa a year earlier. The church was about the same size as the grocery store in town, but the roof of the church has since caved in. Last I heard, a pair of injured parrots had taken advantage of the situation and had taken refuge in the abandoned building.

In the beginning, I forwarded my mass-seeking inquiry around the Smithsonian community via email, but the friendly and unfortunately uninformative repliers neither knew churchgoers to whom I could be referred or realized I hoped to attend a mass in a language other than English. I learned that the scientists were not the right people to ask.

Internet searches revealed that the nearest active Catholic church was located in Panama City. Many churches popped up on the Google map, but from my experience with the public SACA buses, an arrival time in accordance with the start of mass seemed nearly impossible to determine. A taxi would be more exact, but imagining myself stepping out from the private vehicle seemed a little ridiculous, not to mention costly.

I spotted a Catholic church around the corner from the Tupper Smithsonian Center in Panama City’s Ancon neighbourhood. When I go to Tupper, I usually take the STRI shuttle, but that busito conveniently lacks a weekend schedule. With a specific place in mind, I thought that it would be a breeze to ask the bus terminal attendants. However, each person I asked first thought I was looking to take the three-hour bus to Anton instead of the five-minute ride to Ancon. Even after I clarified, I received different directions from each person. I walked away with less enthusiasm. My next plan was to spend the night in the city to make the arrival easier, but my plan, as dependent as a Rube Goldberg machine on many small parts coming together, fell through when one detail changed. I forewent attending for another week.

My friend and co-worker, Marjorie, who also happens to be a native Panamanian, ended up paving the way for me. I shared my dilemma with her as we sidestepped each other, picking insects from plants in the BCI forest. She recommended a church right off the subway line and that weekend, she escorted me on the train and to my first mass in Panama.

Nuestra Señora del Carmen is one of the nicer churches in the city, Marjorie said. According to the floral arch that was set up around the main aisle, the church is a popular site for weddings and baptisms. Mass was in Spanish, as I had hoped. I did not always know how to phrase the responses, but the nice thing about mass is that the tradition is consistent in all languages. However, I was eager to follow along with the printed program containing the lyrics to the opening song and the transcript of each reading. I did not know others in the congregation, but all churches feel a bit like home. Throughout, I felt myself become more tranquil than I had been in a while. Afterward, I hugged Marjorie peace, thank you and farewell until Monday.

I found that Nuestra Señora del Carmen was easy to get to, once I knew the way. The infant-aged Metro connects to the SACA bus terminal and the station with my Sunday destination shares the same name as the church. Though there is nearly an hour of travel, the two transfers are smooth.

I have also found that I am not the only one taking a bus and a train to arrive at Sunday mass. On the SACA bus, I see dressed-up churchgoers board, alongside the beachgoers and me. When I emerge from the underground station amidst the ringing church bells, I am part of the Panama experience. I am among the unrushed mass-goers. Do I blend in?