You are here: Home/ Articles/ Work Abroad/ Blogs/ A Summer Spent in the Jungle

A Summer Spent in the Jungle 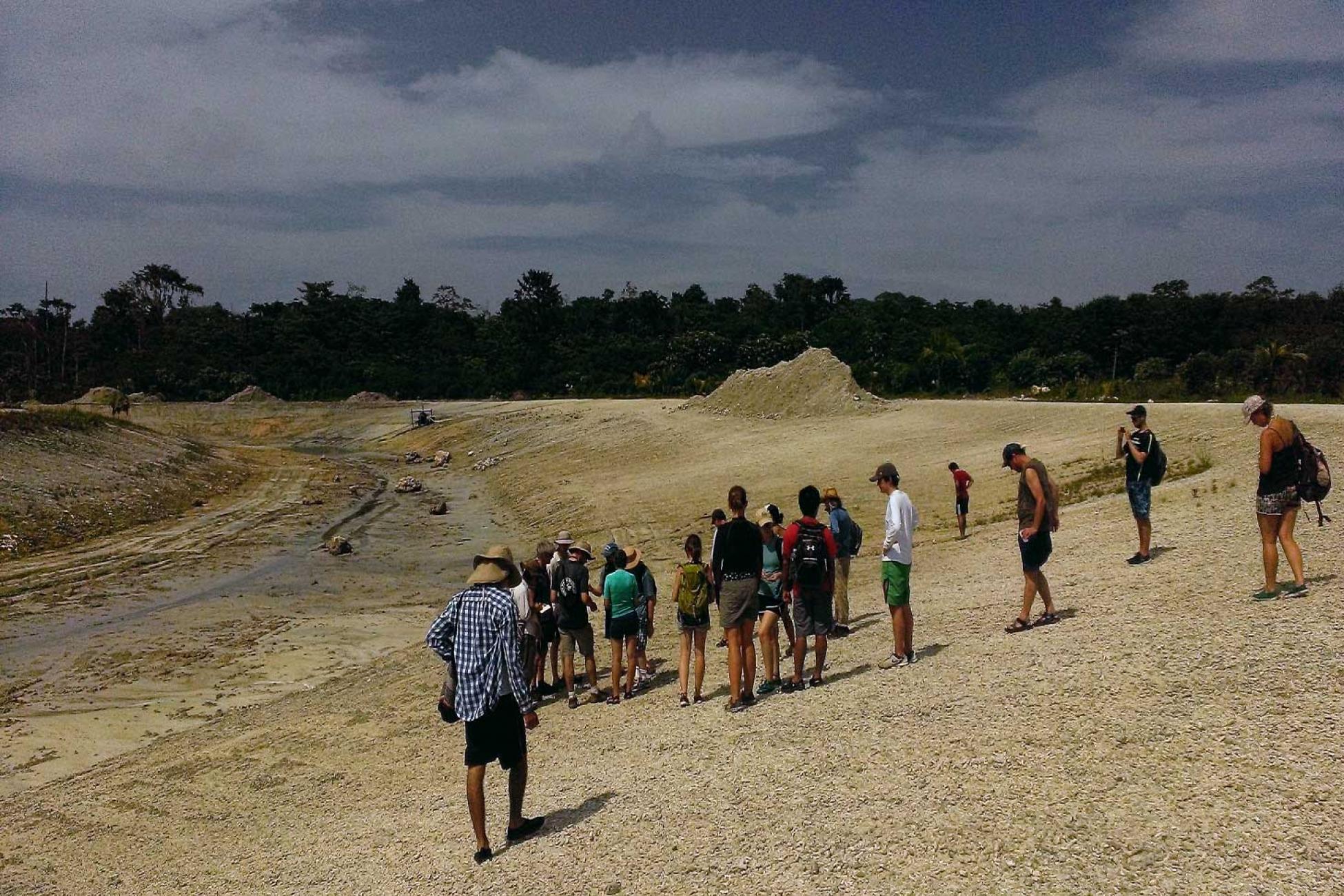 What more reason do you need to work abroad?

Sometimes when I walked down the hotel’s main driveway after using Wi-Fi, a shuttle would arrive with newcomers. The windows in the back were usually down and the tourists’ eyes would be gaping up at the tree line, pointing at a Blue Morpho butterfly flying overhead or snapping a photo of an agouti passing through the parking lot. Usually they were speechless. That was me the first day, but not after the first month.

After working daily on the same task on BCI, I acclimated to the presence of the insects, resident birds and scampering lizards. I stopped turning my head in wonder of each crackle of leaf litter. A glance of a howler monkey sufficed whereas I had tried to follow one the first day. My benchmark for wonder rose as the workweeks passed. However, this research experience and time spent in the BCI forest has been a golden opportunity—and never was it more obvious than a Monday evening in the middle of July.

As I was walking home around 10 p.m., something rustled behind me on the street. I spun around on my heels in time to see an oblong yellow mango bounce to a halt. Fresh from the branches above, it landed in the middle of a good scatter of run-over, rotting and tasted mangoes on the pavement. I saw my fantastic fortune embodied in ripe, gold flesh and could not help but smile.

“I’m in Panama studying a tropical forest where fruit abounds and falls from the sky. How cool is that?” It was a feeling of wonder I needed to share.

I was fortunate enough to host my parents as visitors in July. They came with me on a brief collecting expedition on BCI. It was their one chance to view and understand the herbivorous insect-plant interactions that I had the luxury of experiencing daily. Explaining what I had been working on and showing them a window into the STRI world was one of the most exhilarating parts of my summer because they were in a foreign setting and I was the expert, able to answer their questions.

The wonder of the species and interactions studied inspires the questions researchers ask and sharing research and findings with other scientists and the public helps renew that curiosity, fine-tune the research process and stimulate new research ideas. Science is only successful through collaboration, but long hours spent in the forest thicket and in the lab, collecting and dissecting, tallying and analyzing, can obscure research efforts from the public eye and even from others in the research community.
Sharing the expected and unexpected findings is of the utmost importance. STRI strives to do basic research, to make discoveries without necessarily direct or preconceived applications. Pharmaceutical or agricultural purposes drive other research organizations, but no one else focuses on pure research as STRI does. As I noted early on in my trip, field research always disturbs the field to some extent. In light of this potential damage, this research would be harder to justify if research and findings went unshared.

Thankfully, Tupper Tuesdays aim to encourage and facilitate these vital inter-scientist interactions. Each week, STRI invites a visiting or a resident scientist to share his or her research with a packed auditorium in the Tupper building at 4 p.m. The public is invited, but the majority of the audience is scientists, interns and the speaker’s family. To keep the scientific conversation going, whether about that afternoon’s talk or your own research, four varieties of multicultural finger food and beer or soda are available at a post-talk reception.

Presentations are a consistent theme through the STRI community. Tupper is the big one, but Gamboa has a Monday night seminar and BCI has the Thursday night Bambi seminar. Our REU program had the wrap-up symposium. At first, our presentations were a cause of nerves, but the leaders stressed that, as the experts in our summer experiences, it was our privilege to present to each other and the STRI community at large. The many hours of preparation for the conclusion culminated in a renewed interest in my and all aspects of tropical investigations. Though most of us were to head out the next day, the leaders reminded us of the many grants available to fund future project proposals. I may follow up on that next golden opportunity now that my curiosity is so piqued.