The Four Pillars of Language Learning 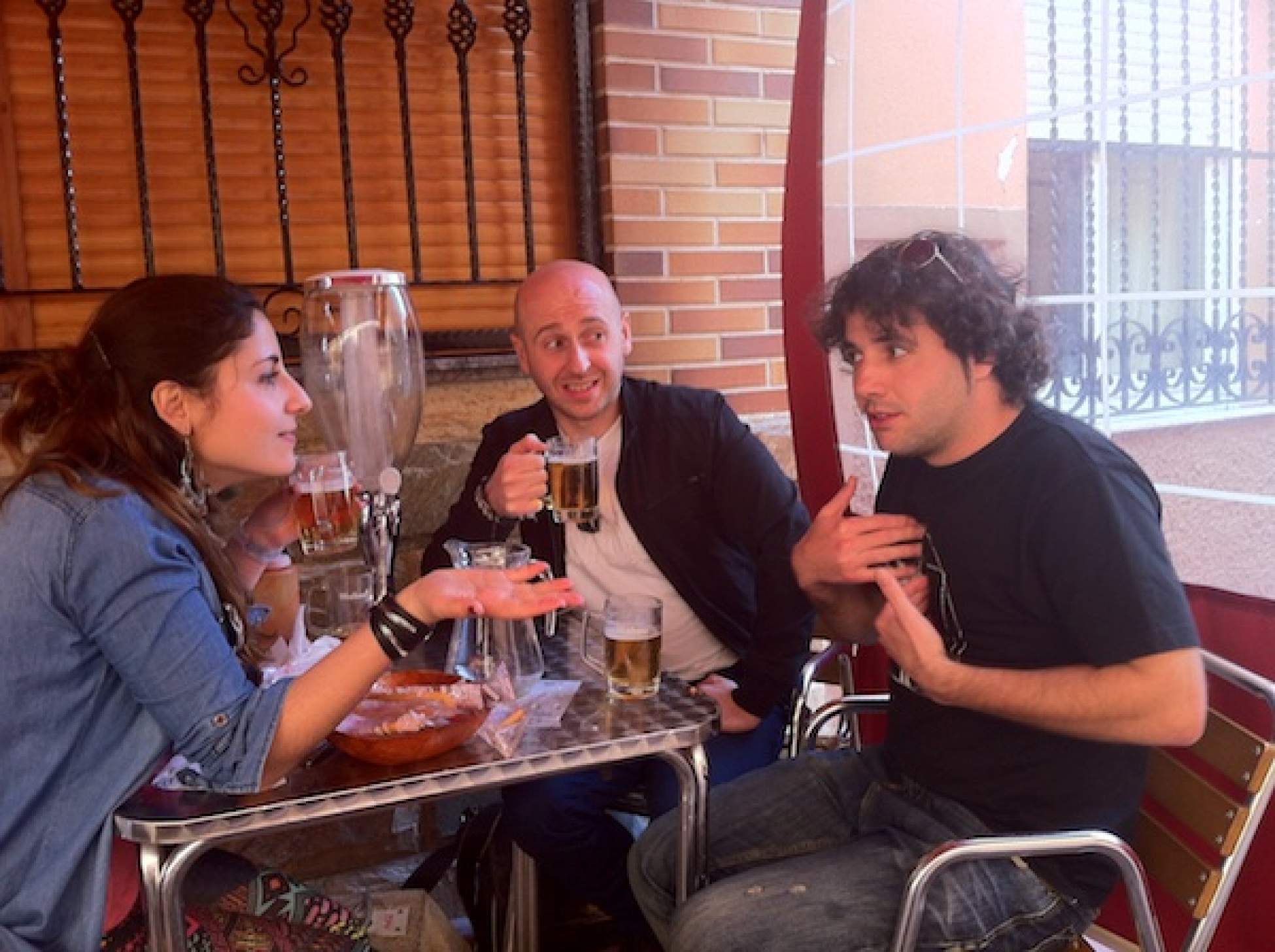 Not knowing a language can lead to awkward mistakes; but they're mistakes worth making.
By  Andrew Scott

In the past few years of bouncing around I’ve met some people who were adept at learning languages and others who dreaded it. I’d say I fall in the vast grey area between. But since stone is grey too, I’ve conjured the Four Pillars of Language Learning.

It's said that every modern European is related, in varying degrees of distance, to Charlemagne. It’s a nice thought and a nice analogy of languages too. Language is a family. There are varying degrees of relation, of course. European languages are more closely related to each other than they are to Quechua in South America, for instance. And yet Italian is more closely related to Portuguese than to Welsh. But they are related. This is good. It helps.

When things are related you can make links and linguistic links are the fluffy pillows of comfort that help you not to panic in airports. Naturally, the further away you are from your “family branch,” the more tenuous the links are going to be. In Greek, for instance, the word “ti” pronounced like the letter “T” can mostly be translated as “what.” Since “what” is a question word and, as a British man “tea” is the answer to any difficult question, the link here is the perfect pneumonic. Find yours. The sillier the better but, remember, they're often best kept to yourself.

It is! People get disheartened when they can't contribute to a conversation or answer direct questions immediately, when in actual fact, there are divergent levels of “following” a conversation. The first level is coming away from one and being able to confidently say "they were talking about food." No more! If you can sit and listen and notice when a conversation naturally changes from food to the Suez Crisis then you're winning. And you don't even have to notice immediately. The thing to remember is that learning a language is like trying to see a lighthouse in the fog. Spot a glimpse and it'll help and sooner or later the fog will clear.

At all costs, speak. Language learning is not like memorizing multiplication tables, although vocabulary and conjugations may be. It is tangible proof of the delightful rhyme on learning a language: "If you don't use it, you'll lose it!" Speak if it's only a word. Try a sentence, sound like Tarzan and wait to see if you're understood. If you manage to put together three words with moderate pronunciation accuracy in an order of moderate salience then you will be understood. Do this often enough and your sentences will become more complex, you'll be better understood and soon enough you'll be cracking jokes that work at the table of your new foreign parents-in-law. (N.B. Charm not included in this pack of instructions.)

Over the last few years I've made some attempt at learning each of the languages I’ve lived amongst. As a consequence, I have an impeccable ability to order drinks in most of the major European languages. (Hardly impressive but useful.) The reason for this near-impressive display of linguistic talent is founded entirely on a childlike lack of inhibition. My motto is: Try. Try. Try. And when you fail, fail spectacularly so as to have a story to tell.

Last year, when I first arrived in Murcia, I shared a flat with three lovely local lads. Since I had zero Spanish—not even a drinks order in me—they were kind and spoke glacially so as to make sure I understood something after a while.

As always, you find words in a foreign language that you like. For me, it was "pelicula.” It's the Spanish for “film” and I liked that they had their own word for it, unlike “lo film” in Italian. That, and it sounds a bit like “Caligula,” which is always cool.

I mentioned this to my housemate and he told me that, if I added an “ón” suffix, it meant the film was a great film. I was enamoured with this new suffix and started to see examples of it everywhere. Boccadillón (great big sandwich). Sillón (great big reclining chair). The sound of it was fun and the ability to express greatness in such an economic way delighted me.

One evening I was having dinner in a restaurant with my boss. Wine was flowing and we were having tapas the likes of which I've yet to find words for. Suffice to say, I was impressed. Halfway through the meal, my boss asked me how my pollo (chicken) was. I seized the opportunity to use my newfound aggrandizing tool.

My boss found it in herself to educate me that this suffix can't necessarily be used for every word. After she stopped laughing, that is. Apparently, the common denominator (which I hadn't noticed) of the words I could augment with “ón” was that they were feminine. Chicken is not. The difference between pollo (chicken) and and polla (penis) is an incredibly easy one to make. So, when asked how my chicken was, I responded, "This isn’t just chicken, oh no, it's an enormous penis!"

When you’re on your travels I hope that you try. I hope that you try and make enormous silly mistakes that allow you to remember a language and an anecdote for years to come. I hope that you embrace the fact that you’re a fish out of water and nine people out of ten will recognize this and will exert themselves in trying to get to know you and, when you both do so, you’ll gain a valued multilingual friendship that has no equivalent. Most of all I just hope you enjoy learning languages because they can be a lot of fun—not just as secret codes amongst non-speakers.