You are here: Home/ Articles/ Work Abroad/ Blogs/ The Informadores 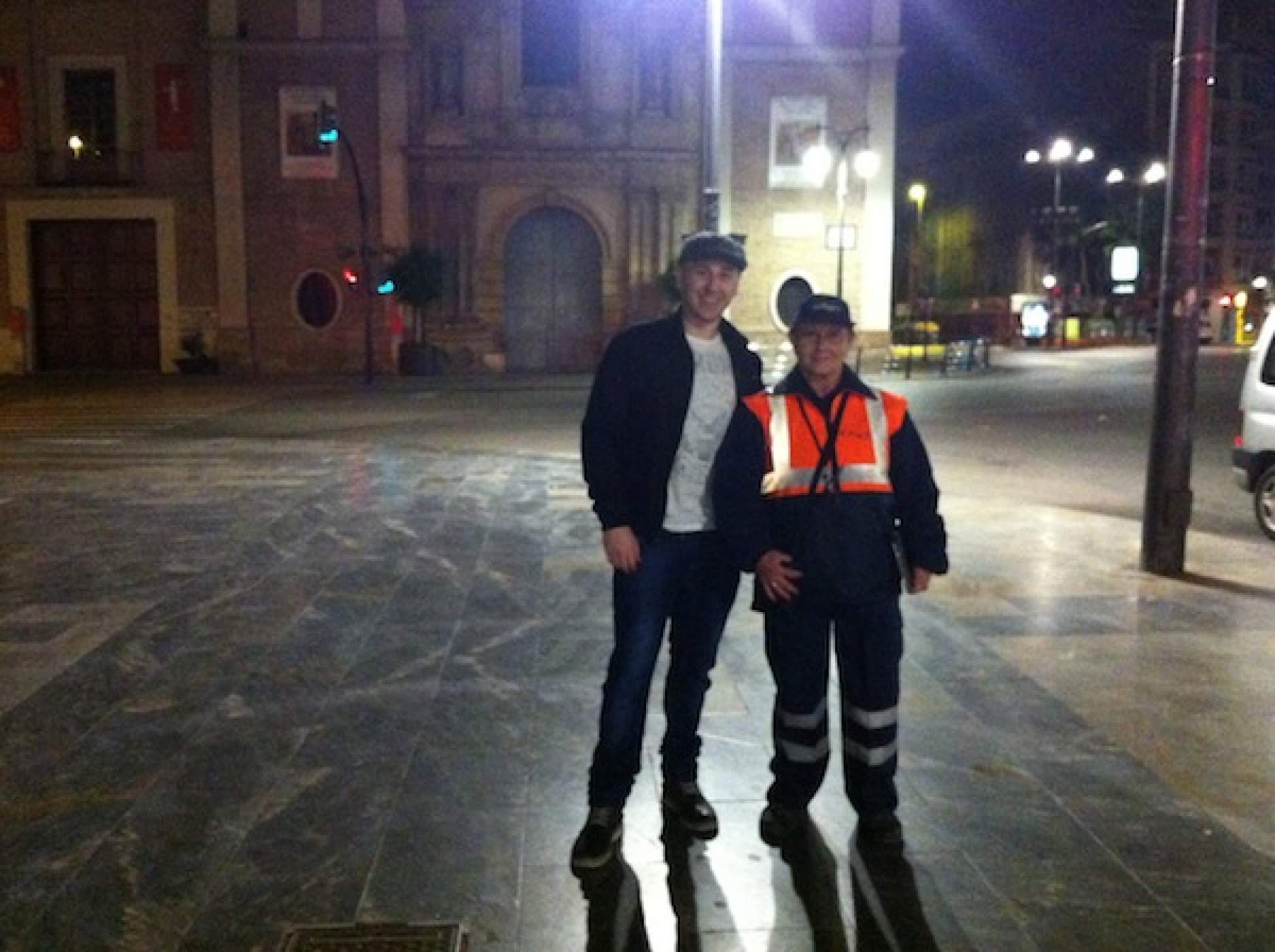 Andrew and Amalia, one of Murcia's "Informadores."
By  Andrew Scott

Previously, I've spoken a lot about tradition in my blog posts. It's easy to harp on nostalgically about the romantic past of a foreign city and there are plenty of dark-eyed Moors and sadistic inquisitors to wax lyrical about. But when travelling, contemporary culture is too often overlooked.

Something I've been obsessed with since I first moved out of my little bubble was how much countries could benefit from a little more mutual collaboration. Embassies of the UK and US, among others, often used to employ a “Cultural Attaché,” whose specific job was to promote his/her home nation and to visit others in order to learn more about them. A dream job for any traveller. However, with budget cuts come downsizing and with downsizing comes less human interaction. Everybody knows this and it’s sad; especially sad with great schemes like the “Informadores.”

The picture above is of Amalia and me. I'm on my way home from work, whereas Amalia's working day—or, rather, night—is just beginning. As one of Murcia’s 52 informadoras, she starts to walk around the neighbourhood of El Carmen at 10 pm and won't clock off again until four am. It’s quite the beat for a 62-year-old, but Mediterranean women are anything if resilient.

She told me that her role mainly consists of locking the public gardens, making sure public lights are working and keeping an eye on the various homeless people. The last point struck home with me. It's often the case that these people are simply the invisible forgotten in society. If Amalia sees somebody sleeping rough, then she radios through to Town Hall and they make sure a social worker gets to them with food and clothing before they move on in the morning.

I asked if keeping an eye on functioning lights wasn't a little detracting from her more humanitarian duties like looking out for the homeless. Again, as a good Spanish lady, she took me to school. "Good lighting is invaluable in a city for the safety of its inhabitants!" (“Obviously, idiot!” I thought, as I grimaced on the inside.) Leonardo Benévolo said the streets of Murcia form a "tortuous labyrinth" and he wasn't wrong. Narrow but high streets inherited from the Moors in pitch darkness make for a pretty daunting walk home indeed.

This brought the conversation to the key part of Amalia's job. It's not difficult to guess from her title that she often informs people, especially with directions, she escorts home anybody who doesn't feel too safe on their own at night. This is a major part of her role and, for this reason, the Informadores only work in the less safe areas of the city. Mine (El Carmen), being the home of most immigrants and cheap housing, is a common stomping ground, as you can imagine.

Whether anybody feels unsafe enough to walk home or not, nobody can deny that a constant authoritative presence in the street is a pleasant thing when it comes in the form of a friendly local in a high-visibility vest. There could be police on every corner and they do make their rounds in cars, but the informadores present a welcoming and homely watchful eye, all paid for by the city council.

Amalia told me that the name “informadores” is a modern one. She's the recipient of a long history of civic-minded individuals previously called “serenos.” This occupation goes back as far as 1495 in Spain but those in Murcia show an ever-progressing conformation to modernism.

It's nice to see a timeless civic benefit but it's even nicer to hear how it moves with the times. Amalia regaled me with the efficiency of the services at her disposal. Police, fire services and publicly funded ambulances are all only a click of a button away and they can navigate the “labyrinth” infinitely faster than Perseus.

I was overjoyed at the modernism of it all, but it also seemed to fit with this little city's dogged pursuit of self-improvement. More than modernism, though, what can be seen in the Informadores is a blend of visible, effective civil service and employment. Two things modern day Europe could with a lot more of.