Taking on West Africa by Bike 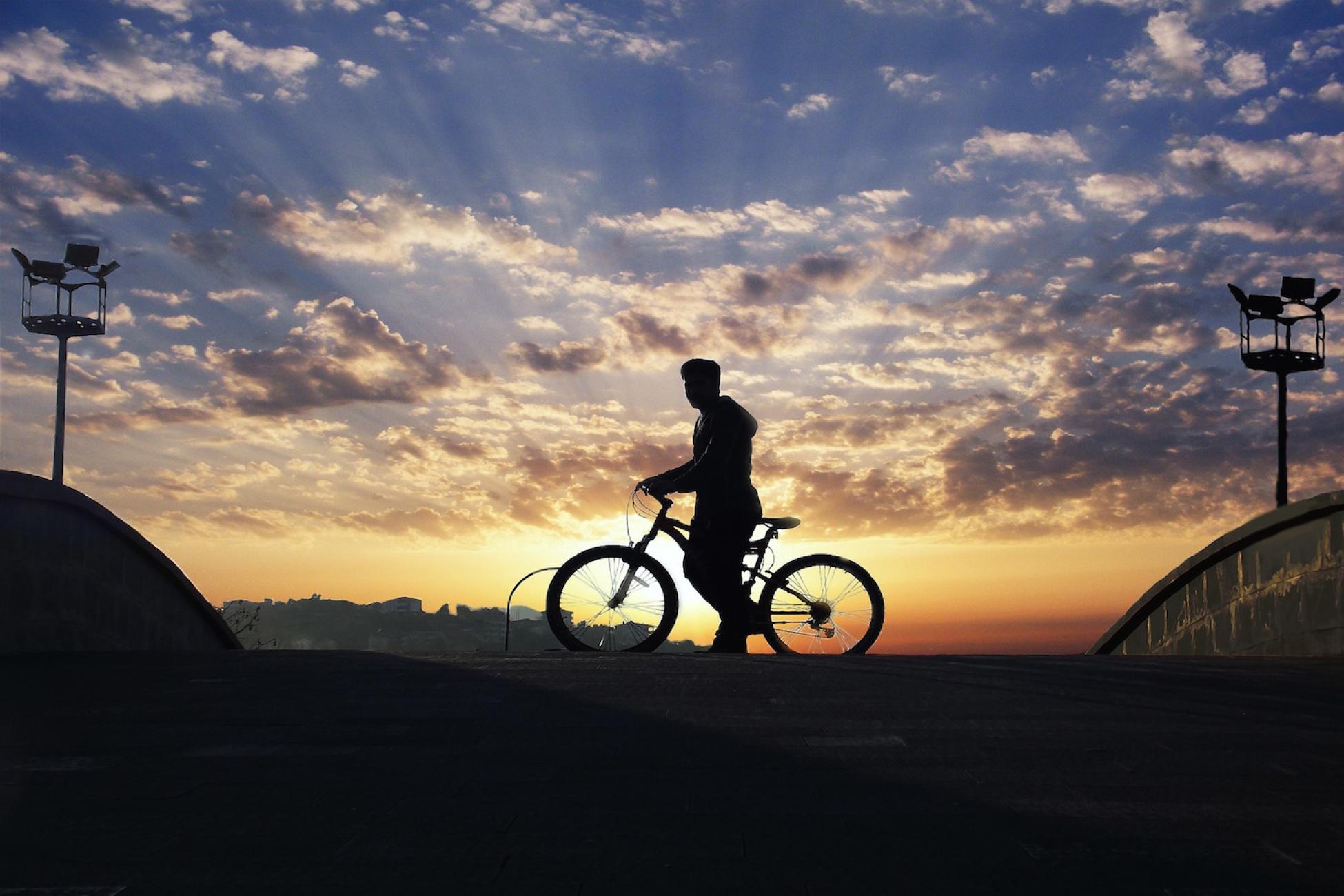 Tom is taking a road less travelled, to tell a story that isn't often told.

The soldier, the pauper, the killer and the controller.

These are the images of the African subject that we find littered throughout Hollywood and the media. A kind of dehumanizing duality whereby you are represented either as embodying heightened animalistic aggression or absolute hopelessness, and there seems to be very little in between.

The effect of this unfortunate paradigm is that the "everyday" in Africa has long been obscured and forgotten. Granted, Africa has had its fair share of political and identity struggles, but this does not mean that the majority of life is not composed of the regular comings and goings that you would find anywhere else. Eating, working, talking, laughing.

We want to show that people are people and roads are pretty much roads, anywhere you go.

Although it has extremes, to me Africa is not a continent that is defined by them—rather it defined by the people and the everyday interactions that make up the bread and butter of the continent's happenings. If news was proportionally representative, there would be very little to call home about.

This is why me and my buddy Milo decided to cycle from London to Lagos—just as you would decide to cycle to say Berlin or Rome. We want to show that people are people and roads are pretty much roads, anywhere you go.

But what would we call home about? For us, it is about overturning such insidious stereotypes—and the way to do that is by retelling the often ignored richness and diversity of West Africa’s complex voice. Crucially, it is through a multifaceted story that parallels to the rest of the world can be drawn, actively breaking down the shackles of a one-dimensional point view. There is more to Africa than war and hunger and I hope this blog to be a small step towards that opinion.

There are many phenomenal stories to write about in West Africa, but we still have to get there. And on bikes. This is a daunting prospect. As it goes, our route hugs the Atlantic coast heading straight south and moves through 16 different countries to arrive at our destination, Lagos. Passing through a multitude of climates, languages and cultures, our only solace is that we stick to the exact same time zone. Simpsons at 6 p.m. every day.

But apart from the sore bums, it’s not all bad. The benefits of travelling by bike are enormous. H G Wells once said "Whenever I see an adult riding a bike, I do not despair for the human race." It is this implicit relation of the bike to a time altogether more care-free that speaks volumes about the wonders of cycling. The simple and unadulterated joy of pedalling leisurely down a road, being able to take it all in and being open to any eventuality.

So what can you expect? As we ramble down the roads, keeping the Atlantic on our right, anything could come up and we shall be keen to take note of it all. However, going with the "fresh perspective" you can expect stories with direction and anecdotes that contain meaning. Stories that speak of an underlying wealth of goodness, culture and diversity throughout the West African landscape, from the Mbalax music of Senegal, the first female African head of state in Liberia, or the wondrous ancient kingdom of Dahomey in Benin.

Now to begin training. Dover is how far?!