You are here: Home/ Articles/ Volunteer Abroad/ Blogs/ Is Tourism a Political Act? Should It Be?

Is Tourism a Political Act? Should It Be? 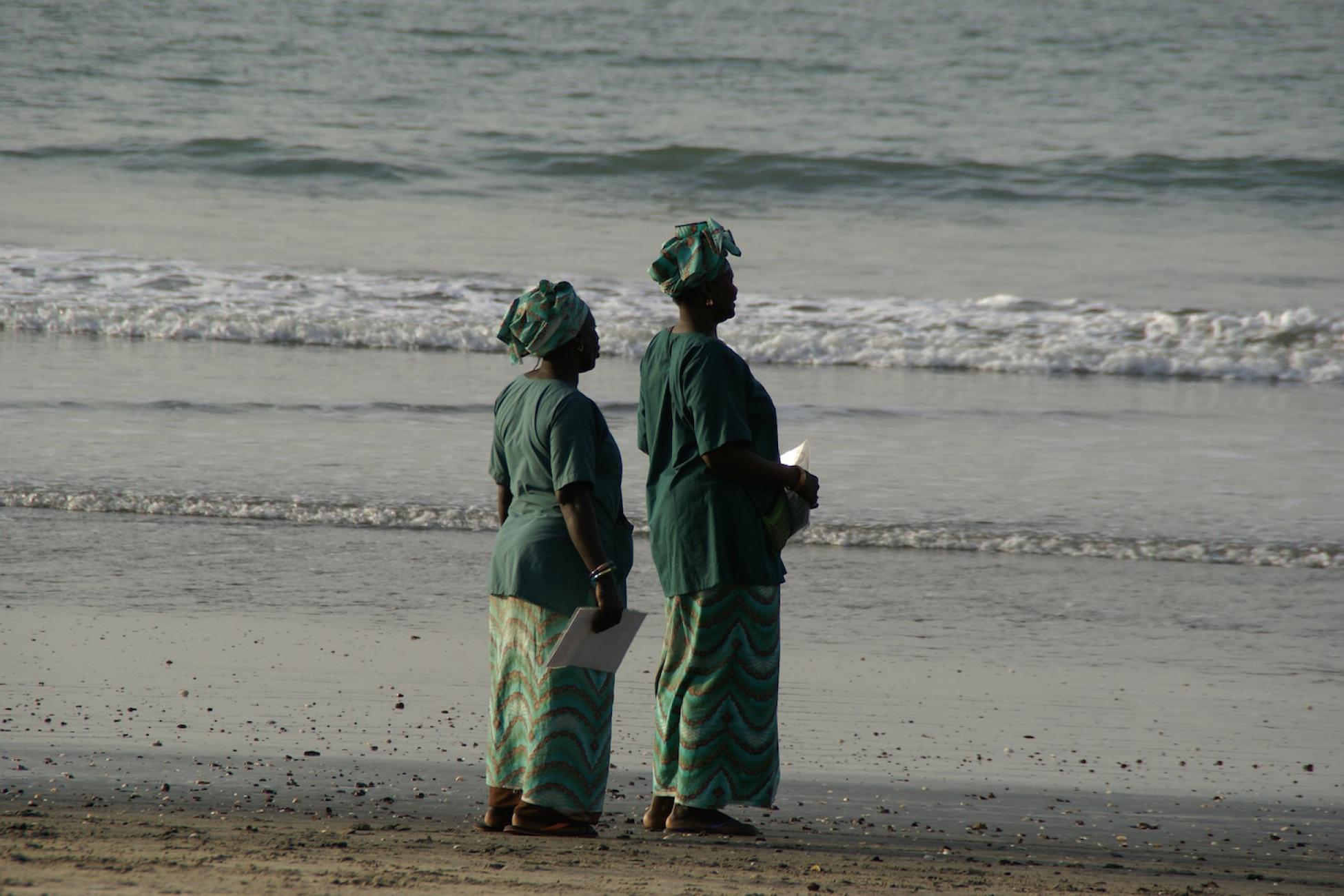 Two women stand on the beach in the Gambia. pixabay.com CC0
By  Tom Collins

Tourism in Gambia exposes how prescriptions for Africa are only skin deep.

It’s hard to know what to make of the Gambia.

Growing up in England, if you’ve heard of anywhere in West Africa, it’s probably Gambia, possibly Ghana. Both ex-British colonies, the links these countries maintain with London are still strong. Pedalling into the capital Banjul, we are met with some of the unshakable vestiges of British colonialism: fish and chips, large mugs of milky tea and, of course, the full English. Known and marketed back in England as the "smiling coast," Gambia has long been a popular destination for families and those in search of an African beach holiday. Unsurprisingly, it is these links (past and present) that have always given Gambia the image of somewhere safe in relation to the dangers of the rest of the continent.

This relative security and strong police presence is precisely what makes Gambia such an attractive holiday destination—but at what price?

Yet approaching Gambia on bike from neighbouring Senegal, I was surprised to have these popularized conceptions shaken slightly. What I was encountering more often than not were stories of a country under the tight thumb of a crazed dictator (“il est fou” often being the way of putting it), and the insinuation that liberty is a foreign concept in Gambia. One man even went so far as to suggest that soon the people of Gambia will rise up and take power from the ever-present President Yayha Jammeh. At first, I thought this was mere exaggerated speculation from a neighbouring Francophone country, but on arrival, the presence of the military was indeed hard to miss. With checkpoints at nearly every turn and large contingents of soldiers marching through the streets and singing in unison, it is clear that Jammeh has the country under lock and key.

This lockdown is precisely what makes the country such an attractive holiday destination—owing to its relative security and strong police presence—but at what price?

Jammeh is actively involved in the denial of rights that many in the West feel should be available to all. In the world press, he famously known for threatening to kill all homosexuals, firing at peaceful protesters and convicting people under the pretence of "witchcraft." Talking to the locals, their first response is "smiling coast...no problem." But away from prying eyes, it soon becomes obvious that the jails are full and only getting fuller. At the same time, Gambia consistently welcomes 50,000 Brits each year (even when the rest of West Africa is suffering a tourism lull due to regional problems like Ebola and terrorism) and flights to Banjul are cheaper than to Spain or France. . .isn’t this a little strange?

This is nothing new. Western governments and their citizens seem to have a great ability to only insist and demand that other countries and leaders fulfill human rights requirements when it suits them. Think of Gadhafi. A leader not so dissimilar to Jammeh, and yet one whose downfall was aided by the West due to political disagreements. The list goes on. Many a brutal regime—such as Mobutu’s in the Congo, Idi Amin’s in Uganda, and UNITA’S in Angola—have at some point been backed up by Western powers despite human rights abuses. On the tourism side, people happily go to Togo, Cameroon, Cuba and China even when they are under effective military-controlled dictatorships.

I am not wishing to debate the legitimacy and morality of Western involvement with dictators here; some would say that this is just the nature of politics and perhaps they would be right. But regardless of your point of view, I think it highlights how human rights can sometimes be used as a tool to bolster our moral legitimacy in relation to the rest of the world when, and only when, it suits us.

If you were to ask people why they were afraid of coming to Africa, more often than not it would be down to human rights abuses and lack of security in countries that are in political flux. So stated it is an ideological judgement, a prescription that relates Africa to the West and finds it lacking. This is fine, but the reality is that these prescriptions and judgements are only skin deep, as we are more than happy to find them irrelevant when we so choose.

Elections also expose this superficiality. If a country has “democratic elections” such as Rwanda, Gambia and Uganda, the West may turn a blind eye to lack of human rights and continue to legitimize autocratic leaders. What is this onus on democracy trying to prove, if in reality it has no substance? If from the point of view of tourists and politicians the high-minded ideal of democracy is more something that we say rather than insist on, then perhaps it is no more than a judgement?

Walking around the streets of Banjul and the more touristy areas of the coast such as Bakau, I am surrounded by holiday-makers and a makeshift tourist paradise—the bar where I am sat is even playing the English boyband Blue. But I wonder how much of what actually happens in Gambia—and how much of what holiday makers see in Gambia—is in line with how they think the world should be? If it doesn’t quite fit, it’s no big deal; we all turn a blind eye at some point, and in many ways it's inevitable and not surprising. All I am saying is that the way we think of certain places (both governments and individuals) depends on what we have to gain, and so in many ways the way we judge Africa is somewhat inconsistent.