You are here: Home/ Articles/ Volunteer Abroad/ Blogs/ Where is Mauritania? 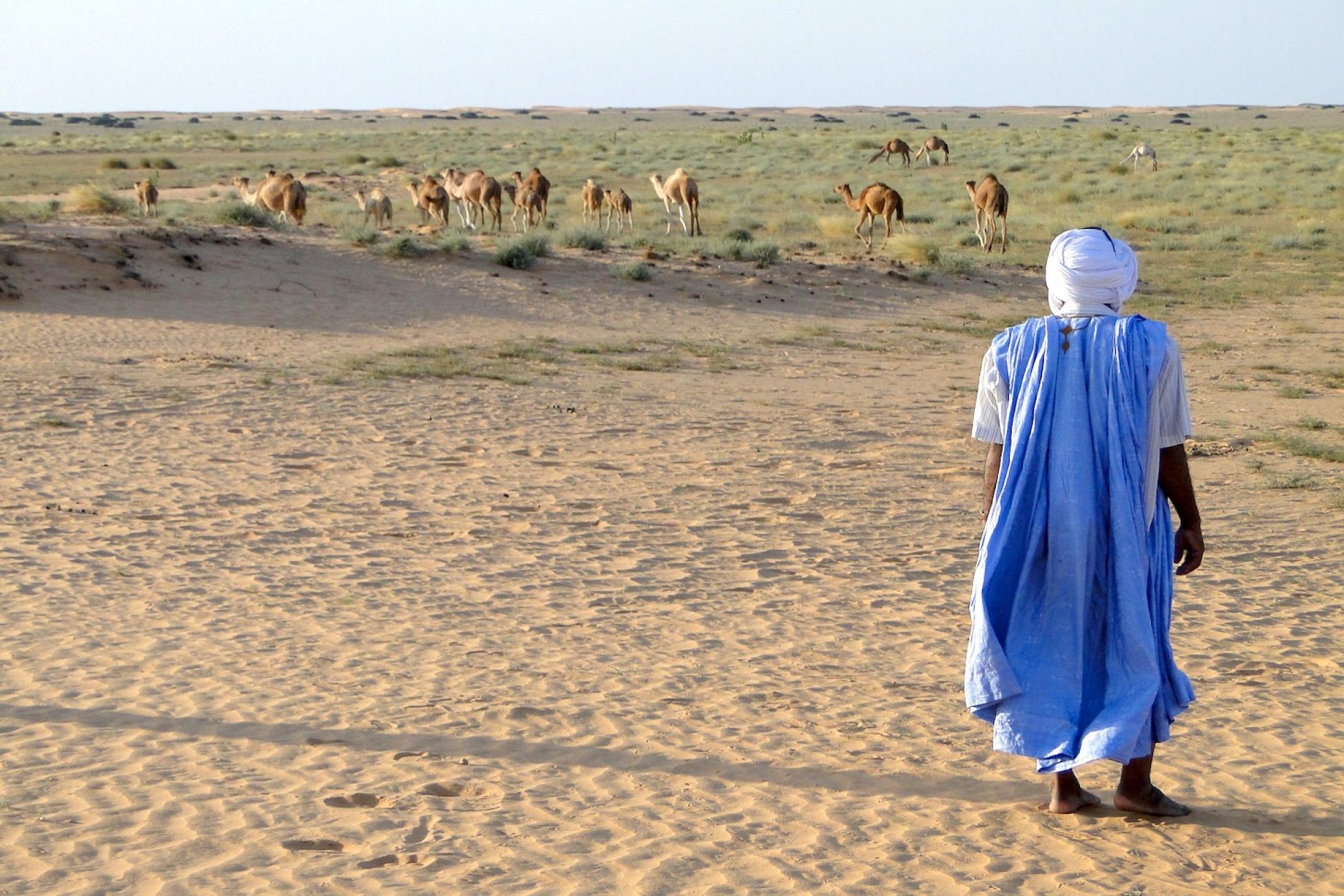 Don't worry. Mauritanians may be asking themselves the same thing.

The Sahara desert. A barren landmass bigger than the United States that has for centuries enthralled and excited a mix of travellers, rebels, nomads and troubadours alike.

As we cycle through the disputed territory of Western Sahara and then onto the largest desert capital (Nouakchott, Mauritania), it is not simply the natural beauty of the Sahara that captivates me, but also its significance in terms of politics and in terms of Africa.

Having been cycling for about eight weeks now, passing through Spain and Morocco, the Sahara has always loomed large in our imagination. From the view of saddle, we have noticed that it stands geographically and culturally between two worlds; marking out a transition point between languages, customs and thoughts with its rugged and harsh beauty.

What the Sahara enacts is a change between two different "types" of Africa—what one could call the Arabic North and Sub-Saharan South. As a result of this transition, areas of contested space often litter its outer edges. For example, think of Sudan; a country that recently split in two along ethnic and religious lines, effectively separating the Arabic North and Sub-Saharan south. Conflicts such as these are mostly identity conflicts and have a particular dynamic when taking place near the Sahara. They also call into question what the term "Africa" means for those who supposedly live in and outside it, and highlight how the term can be used instrumentally to organize political groupings.

What is Africa? For us, it is a geographical area (often amorphous) that exists south of Europe and represents a way of living slightly more rough and ready than we are used to. For those that live there, however, "Africa" takes on a different meaning—and it is not always pinned to a space defined by its classification as one of the seven continents.

On the way down towards Mauritania, we have encountered many different uses of the word "Africa." What seems to be the case (and forgive my generalization) is that north of the Sahara lies a host of Arabic states for whom Africa is a place south of the Sahara, the term essentially meaning people of black colour. Culturally, religiously, ethnically and linguistically, these states look towards the Middle East and Mecca for their identification and hence although we may say Libya is in Africa, they may disagree.

For those that live there, "Africa" takes on a different meaning—and it is not always pinned to a space defined by its classification as one of the seven continents.

One of my friends was recently teaching in Cairo and asked her students, "Who has been to Africa?" No one raised their hand except one pupil who had travelled to visit friends in Nigeria. The distinction is real and the Arab north tends to find satisfaction in being distinguished. The only time which the North seems to embrace the bracket of "African" is for political or commercial gain. For example, Gaddafi would often invoke the idea of "pan-Africanism" in order to subvert colonial and occidental power, and to garner support from other pan Africanists such as Ghana’s Kwame Nkrumah.

Similarly, in big tourist destinations the idea of "African-ness" is used to commercially symbolize the "hakuna matata" lifestyle. (When we passed through one of Morocco’s most celebrated surf towns Taghazout, there was an abundance of the "Africa surf shop" or "Africa spirit.")

Translated into Mauritania, this difference between Arab Africa and Sub-Saharan Africa has historical and contemporary ramifications. The Bafours are claimed as the first Neolithic inhabitants of Mauritania and are described as "African black agriculturalists." In the 7th and 8th centuries, however peoples with Arab and Berber descent conquered the Maghreb in the form the "Moors" (notice "Mor"occo and "Maur"itania). The Moors assimilated the local sub-Saharan population of Mauritania into the Arabic system with their own Arabic dialect—Hassaniya.

They also instituted a strict caste system that still exists today, between those of Arab descent and those assimilated. At the top you have the beidane (white moors) and then haratin (black moors), and finally those of a more recent entrance to Mauritania, the Haalapular, Sonike and Wolof peoples of Sub-Sahara and neighbouring Senegal. It is effectively a system that differentiates Black Africans from Arab ‘Africans’ both culturally and geographically and puts power firmly in the hands of the latter.

This is why many who have heard of Mauritania have heard of it only through the lens of slavery, as a recent CNN documentary highlighted. It is this caste system that has allowed the practice of slavery to continue owing to a somewhat instituted societal racism.

However, in the vein of my blog, it is not the depressing idea that slavery has existed that I wish to dwell on, but rather the fact that movements away from it have been made, and perhaps the long gulf between the Arab Mauritanians and the Black Mauritanians has been substantially overcome.

The Mauritanian president Mohamed Ould Abdel Aziz, who took power in 2008, recently passed a law that declares slavery a crime against humanity and involves harsh prison sentences of up to 20 years. It shows considerable movement away from the old Mauritania where slavery was firmly entrenched. Slavery had already been banned for a while, but such public gestures to tighten and enforce the penalty show that the government is under increasing pressure from a large portion of the society who no longer support it. Equally encouraging, this pressure comes both from both sides, and there exists numerous organizations from the Arab and Sub-Saharan communities who all aim to popularize power and not reserve it along ethnic lines.

One such organization is the IRA (Initiative pour la Resurgence du mouvement Abolitioniste) headed by Biram Dah Abeid. Through a wide and popular support basis they aim to overturn slavery by demonstrating and organizing events, and are probably largely responsible for the recent positive steps taken by the government. For their actions and work they were awarded the Human Rights Tulip in 2015.

Historically the Sahara has been a front on which North African and Sub-Sharan identity struggles have taken place. However, as we continue on our journey, it seems identities can always be reconsidered and through time a peaceful and equitable melange does not seem inconceivable.