You are here: Home/ Articles/ Volunteer Abroad/ Articles/ Don't Let School Get in the Way of Your Education: The Value of a Gap Year

Don't Let School Get in the Way of Your Education: The Value of a Gap Year 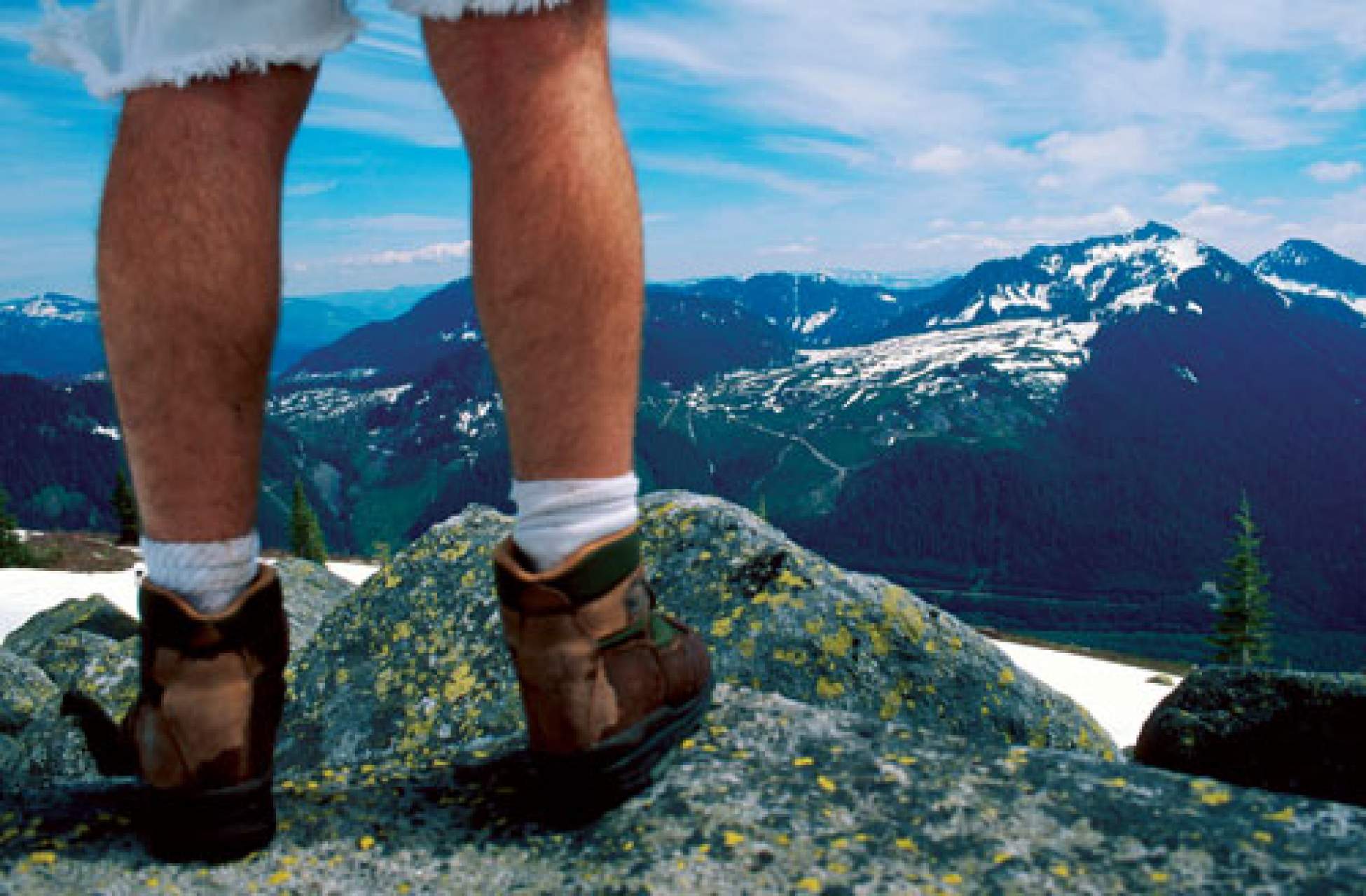 Taking a "gap year", or year off, is standard in much of the world. The idea of a year off is just starting to catch on in Canada, and there are thousands of ways to to get out and go...

On the veranda of a hostel in San Diego, Jenny Mathieson, a tanned young British woman, is stirring her coffee and explaining to me that she is on her second "gap year," or year off. When I ask her why she decided to take a gap year, she immediately begins to recite the lines she has told sceptical parents and employers in the past. She sits up straight. "I think it's boosting my confidence, I think it's made me able to cope in loads of different situations," she nods. But then she pauses and leans across the table as a small grin begins to form on the corners of her mouth. "To be honest, I think a lot of people in England just do it for the 'crack,' you know, for fun."

As many British students approach the end of school, foreign travel is a highly anticipated event—a kind of rite of passage. British universities (and parents) not only accept that students take a gap year, it's practically expected—even Prince William went to do volunteer work in Chile before continuing his studies.

Taking a "gap year" is far more common in the UK than it is in North America, where students may "take a year off." The two phrases mean the same thing, but the North American version is often given a negative tone, emphasizing the school or work that a person is missing.

The British gap year: choose your own adventure

Outside North America, the idea of a gap year is nothing new. In the past, wealthy British families sent their sons on 'Grand Tours' of Europe to enlighten and educate them. In Germany, a "wanderjahr" allowed time to travel and to be an apprentice in different parts of Europe.

Today, British "gappers" scuba dive in Honduras, build houses in Africa, and trek in Nepal, often mixing volunteer work and travel during the year away. "There is a natural break at this time in people's lives," says Susannah Hecht, editor of The Gap Year Guidebook. "The opportunity is there because there is a lack of responsibilities." She says that gap years are also seen in England as a chance to develop skills and to take personal responsibility as an adult.

Universities in the UK are supportive of students with gap year plans and they are regularly granted 'deferred admission', meaning that once students are accepted, they are allowed to take a year off before attending—no hitches.

Tony Higgins, the chief executive of the UK University and Colleges Admission Service says, "We believe that students who take a well-planned structured year out are more likely to be satisfied with, and complete, their chosen course," and adds, "The benefits are now widely recognized by universities and colleges."

The North American year off: We're not going to make this easy for you

North American attitudes can make it more difficult for students who want to take some time off. Although some US universities encourage taking a gap year—Harvard's letter of admission strongly recommends that students consider it and will defer admission—a straw poll of universities in Canada shows less enthusiasm (see the sidebar). Of the Canadian universities surveyed, only two—Toronto and Regina—allow students to apply and then take a year off before attending, without conditions attached.

The letter of admission for Harvard recommends that students take a year off.

Added to this, students wanting to take time off often face parents, friends, and even college counsellors who advise against it, afraid that the student will never return to school. But despite these pressures, the idea is starting to catch on.

Making the decision to walk a different path takes guts and some soul-searching. Gap year veteran Barrett Bijur says, "I think for most kids, it's scary. I mean, taking a leap like that and doing things that are strange and new, it can be intimidating." Guidance counsellors and teachers are often ill-equipped to help. Natasha Pirani, a student from Ontario planning some time out, explains "Unfortunately my school is far from involved. They are very focused on academics and are definitely not set up to help me."

Following the blinkered route to college can sometimes present problems. "The worst thing you can do is to start a course and do badly," offers Bruno Rocca, Manager of Student Recruitment at the University of Victoria. He stresses that students who make a poor first attempt at university may not be readmitted.

Barrett Bijur is a recent graduate of Trinity College. At 17, he was accepted to Trinity and decided he wasn't ready, as he put it, "to do $33,000 worth of studying the first year."

For Anika Smedberg, 18, it was the process of writing her college applications that prompted her to consider other options. "The subjects were things like, 'What can you bring to our community?' And really there wasn't anything special other than the most basic things. I had no idea what I wanted to study, so I walked downstairs and said, 'Mom, Dad, I'm not going to college next year.' And they looked at me and said, 'OK, so what are you going to do?'"

Both Barrett and Anika took a year out. Barrett wanted a structured year, so he set a goal to improve his Spanish and to get some career-related work experience. This led him to Mexico to learn Spanish, New Hampshire for some emergency medical training, the Galapagos where he scored a job on a dive-boat, and to Chile doing marketing for a bank.

Anika went to Guatemala to study Spanish at a language school, then worked on a Leatherback Turtle project in Costa Rica. "The year off was exactly what I needed," said Anika. "It was so much fun deciding what I was going to do."

In Canada, there are more students than ever applying for a limited number of university, college and apprenticeship places—no thanks to the dreaded 'double cohort' (double graduating class) in Ontario. But there may be a bright side. Suddenly, even the most conservative-minded people are having a closer look at year-out options.

For many young Canadians who feel 'forced' into delaying their college or university plans for a year, this seems a bit like the 'booby-prize'. But consider this: You're one of fifty applicants for a job. Everyone is holding basically the same resume in their slightly sweaty hands, but on yours is an overseas experience that you've taken the initiative to plan and execute. Who gets the 'booby-prize' now?

More and more, career counsellors and employers alike, are acknowledging the merits of organizing a year-out program. It shows them that a candidate is determined, resourceful and has probably gained a good measure of maturity and independence along the way.

More good news is there is no lack of opportunities for organizing a fabulous year off, if you hunt around a bit. Although Canadian programs are generally oversubscribed, once you set your sights outside the country, there are some unbelievable opportunities, and many providers recruit year-round. UK programs are a great place to start looking.

Great. Now how do I pay for it?

If you think that gap years are only for the rich, think again. "One of my biggest annoyances in the world is when people say 'I can't afford to take a gap year!" says Tom Griffiths of the UK-based Gap Year Company. In an ironic tone, he tells of the thousands of e-mails he receives from students complaining about the money problem, while also receiving e-mails from grant-making organizations desperate to dole out money to students who apply.

"I don't think there's any difference in the background of the student, it just depends on how much they want to go on a gap year," says Emma Warne of the UK-based Year Out Group. "Many British students work during their holidays, evenings and weekends to save money for their gap year," she says.

If you think that gap years are only for the rich, think again.

Both Warne and Griffiths stress that determination and motivation is the key: nobody is going to hold your hand and do it for you. Spending a little time drumming up sponsors is well worth the effort, according to Griffiths. "You can spend a couple of weeks writing well-targeted proposals, or spend 6 months working in McDonalds. Your call guys!" Griffiths posts an online step-by-step guide to fundraising for gap year students, packed with great ideas and successful efforts made by students.

The cost of a gap year can often be cheaper than a year of university in Canada. While Canadians may not have truly caught on to the idea of a gap year, the double cohort might be the beginning of a change. Maybe those who have the guts might sit at a youth hostel, like the one in San Diego, peruse the paperbacks in the bookshelf, pick up a Mark Twain novel, and finally understand what he meant by "Don't let school get in the way of your education."