The Thorny Issue of Orphanage Volunteering 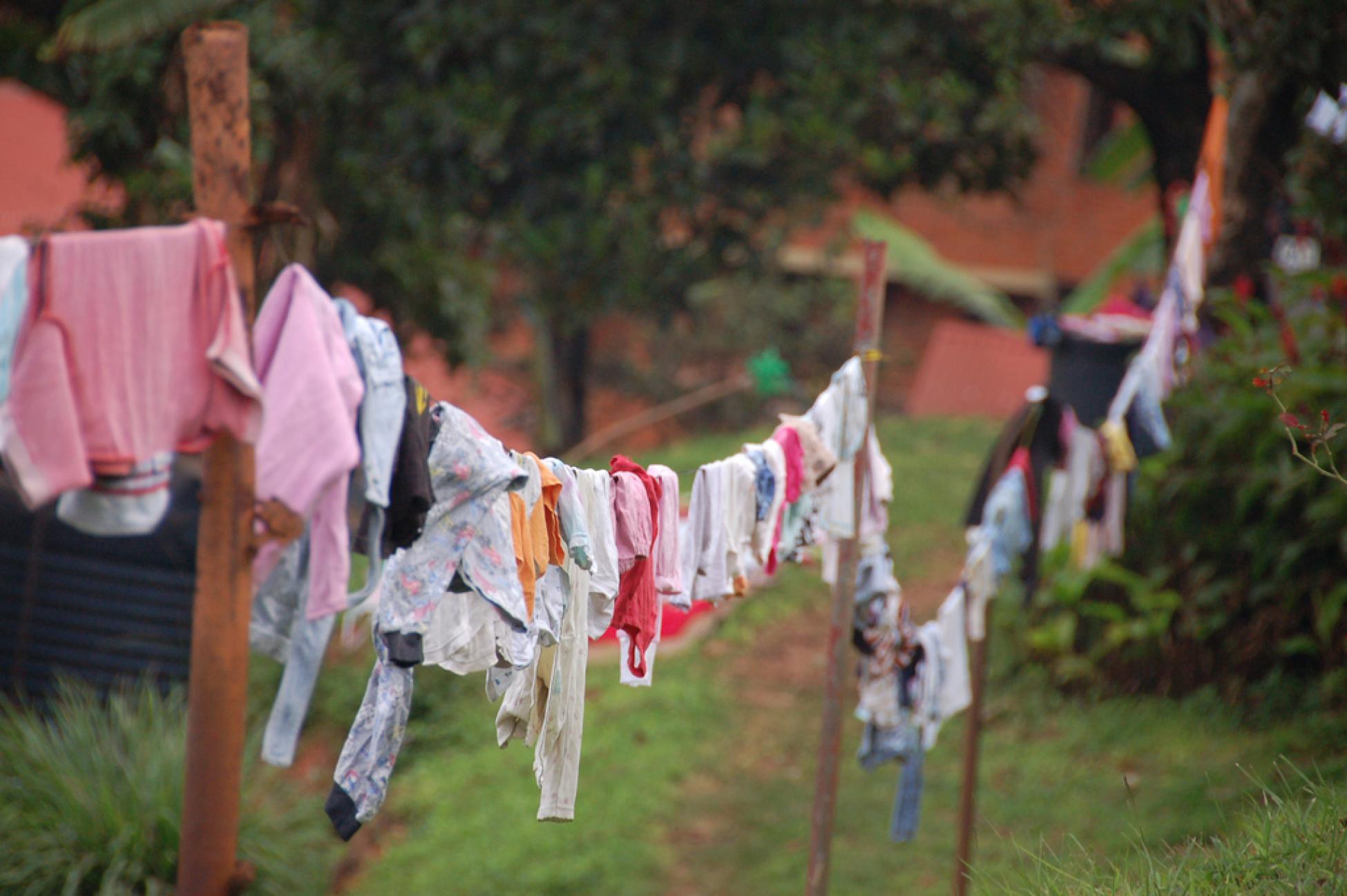 Well-founded criticisms tangle with on-the-ground realities. Should volunteers be part of the mix?

In a barrage of tweets last year, JK Rowling didn’t mince words when it came to her feelings about orphanage volunteering. Taking to Twitter, the Harry Potter author said she would never support the growing phenomenon of individuals travelling to developing countries to carry out volunteer work—especially when it comes to orphanages.

“#Voluntourism is one of [the] drivers of family break-up in very poor countries. It incentivizes 'orphanages' that are run as businesses,” she wrote.

While Rowling brought new attention to the subject, her criticism is not original. For decades, working at orphanages has been a popular volunteer abroad activity. However, recently the criticism has intensified as the industry has grown. Many countries, including Nepal, Uganda and Cambodia have witnessed an increase in the number of orphanages—one that coincides with a rise in foreign volunteers.

For Hanna Voelkl, a social worker, volunteering in orphanages is an absolute no-go.

“Voluntourism in orphanages is a business basically playing with the emotions of people and using vulnerable children in poverty to do so. They are not sustainable at all and do a lot of harm,” she says.

As part of her Master’s research, Voelkl spent two months in an orphanage in Ghana conducting a qualitative case study of the experiences of orphans who interacted with international volunteers there. Her research was one of the first studies that approached the issue from a child’s perspective.

Her conclusion? The children associated the volunteers mainly with giving and receiving material goods. Voelkl believes volunteering in orphanages only serves to perpetuate stereotypes of Western volunteers as “saviours”, without focusing on the needs of the children or empowering communities to help them.

During her research, Voelkl became sceptical that money being sent to the orphanage even reached the children. When she first arrived, the number of children who didn’t have shoes, toothbrushes, mosquito nets, beds or educational materials shocked her. While she was not able to verify it, she believes this may have been a strategy to create the impression that the orphanage needed funds in order to solicit more donations as a source of income for those who run it.

When she overheard Ghanaians talking about starting orphanages as profitable businesses, her suspicions were raised further—and they may not be unfounded. UNICEF has expressed concern that orphanages in Cambodia are turning to tourism to attract money. As a result, children are put at risk for abuse and neglect, and well-meaning tourists are unwittingly funding a system that separates children from their families. Cambodia has seen a 75 per cent increase in orphanages since 2005. Over that same period, foreign arrivals increased by 250 per cent.

This same trend can been seen in Nepal, where there are 743 children’s homes; a number that has “mushroomed” in recent years, according to a Arjun Garigain, a researcher on orphan care in Nepali communities.

This is a change that Claire Bennett, co-founder of Learning Service, an organization that teaches people about responsible volunteering, has witnessed firsthand living in Nepal.

“There were very few orphanages until money started coming from foreign donors,” says Bennett. “The more that foreign volunteers and donors support orphanages, the more children are separated from their families or their communities in order to fill them.”

A lack of alternatives

American Linda Unsicker, 68, says that in all her years of volunteering that’s never been her impression. She and her late husband spent 11 years giving their time in various countries around the world. Her most recent solo venture was with a children’s orphanage in Rabat, Morocco, where she’s now been three times.

“The volunteer's function is to give some one-on-one time to the children to help the fantastic staff also have more time with them,” she says.

Bennett acknowledges that children in orphanages are crying out for attention, but she doesn’t believe the problem can be solved with “a conveyor belt of untrained foreign volunteers.”

“As harsh as this sounds, it is a little selfish to go abroad to interact with vulnerable children because it feels good to you, when there is a lot of research to say that this damages children,” says Bennett. She says that high volunteer turnover has the potential to fuel attachment disorders. What the kids ultimately need are trained, long-term caregivers with whom they can form healthy relationships.

UNICEF has expressed concern that orphanages in Cambodia are turning to tourism to attract money.

Farhana Rehman-Furs, Chief Program Officer at Cross-Cultural Solutions (CCS), a volunteer-sending organization that includes assisting at orphanages among its programs, acknowledges that in some regions of the world, “a handful of bad seeds in the industry have negatively affected certain orphanages." But she says this could be avoided if prospective volunteers were better informed and were more careful to choose placements through organizations that follow best practices for sustainable development, such as having strict vetting policies for establishing international partnerships and thorough monitoring and evaluation of programs.

“We agree with child development experts that children benefit most developmentally from a secure family environment. [However] the reality on the ground in many of our countries is simply not conducive or developed to institute adoption and fostering as a possibility,” wrote Rehman-Furs in a response to Rowling’s tweets. “We support the campaign by experts to combat ‘pop-up’ profit-making orphanages, yet we also know from experience that for many children, orphanages are the only alternative.”

As the only alternative, volunteers can play a role in the day-to-day operations. In partnership surveys and evaluations conducted by CCS, orphanage staff reported that international volunteers helped not only in providing care to children, but also in “combatting pervasive stereotypes.”

Another volunteer-sending organization, Pod Volunteer, takes a similar stance. “Local [orphanage] staff are often overstretched and volunteers help with the general workload and day-to-day running of the orphanages with tasks such as maintenance, cleaning and laundry enabling there to be more time and opportunity for the local staff to spend directly with the children,” they state on their website.

Ultimately, Rehman-Furs points out that it's the volunteer-sending organization's responsibility to take the protection of children seriously. She adds that CCS has worked with most of their orphanage partners for more than a decade and when a volunteer is assigned a placement, money is never sent to the orphanage. As a result, there is no direct financial benefit for the orphanage to host volunteers. The volunteers' placement fees cover their accommodation, food and the salaries of CCS's in-country staff, who ensure that volunteers are properly trained and are not engaging in any activities that they're not qualified to do.

Support in all the wrong places

It's been widely reported that the majority of children in orphanages are not, in fact, orphans; most have at least one surviving parent and likely other living relatives, as well. In Cambodia, for example, UNICEF puts the number of "non-orphans" in institutional care at 77 per cent. In other countries, it's even higher.

But does this mean the majority of children in orphanages don't really need support and care? Quite the opposite, in fact. The prevailing reason vulnerable children are placed in orphanages by their families is because they are desperately poor and, in the absence of other supports, feel it is the only way for a child to have adequate food and the possibility of an education.

In the aftermath of the December 2004 tsunami in the Indian Ocean, there were reports that thousands of children had been orphaned. In response, the Indonesian government invested in institutional care to protect these vulnerable children. Foreign money poured in—to the tune of $5.4 million between 2005 and 2007—and many new children’s residences were built. But a 2006 case study, conducted by Save the Children-UK and the Indonesian Ministry of Social Affairs, determined that more than 97 per cent of the "tsunami orphans" had, in fact, been placed in care by their families.

The destruction caused by the tsunami—and the crippling poverty that ensued—meant that families could no longer afford education for their children. Residential care was seen as their only option.

But what if that money had been directed toward supporting families and communities instead of building more residential care facilities? It's entirely probable that the majority of those children would have remained with their families.

Is there a legitimate role for volunteers?

Institutional care can expose children to abuse and neglect and, particularly with children under the age of three, causing significant psychological harm. It’s been widely documented that children fare better in a family-like setting. But are there situations where residential care is a valid solution? UK-based charity, Save the Children, says "yes"—but it is an emphatically limited yes.

"The reality on the ground in many of our countries is simply not conducive or developed to institute adoption and fostering as a possibility."

They acknowledge that in some situations, placing a child in short-term institutional care might be the only option—for example, children requiring specialized care for severe disabilities or teenagers temporarily awaiting a more suitable long-term alternative. But otherwise, they stress that all other family-based options should be explored (fostering or adoption, for example). They also stress that in situations where residential care is the only option for a child, it should be in the form of a group home, with a small number children and consistent adult care in a family-like setting.

Is there a role for volunteers in these cases? Bennett argues that even highly skilled volunteers—such as early childhood educators—shouldn’t be involved directly with children. Instead, their skills are better put to use running capacity building programs with permanent local staff.

Mark Riley is the director and a co-founder of Alternative Care Initiatives, an organization working with the Ugandan government and others on child welfare reforms in Uganda and east Africa. In a 2016 article for the Guardian he says orphanages don't address the underlying problems causing children to be separated from their families and, in many cases, they contribute to the problem. "Orphanages are an intervention without an exit strategy," he writes.

But he also points out that with increasing awareness of the negative impacts orphanages can have, many traditional supporters of orphanages are changing their tack.

"Some of these organizations receive foreign volunteers and mission trips, [but] their emphasis is on supporting families and alternative family-based care, with good social work practices at the centre."