You are here: Home/ Articles/ Volunteer Abroad/ Blogs/ Find Your Own Peace

Find Your Own Peace 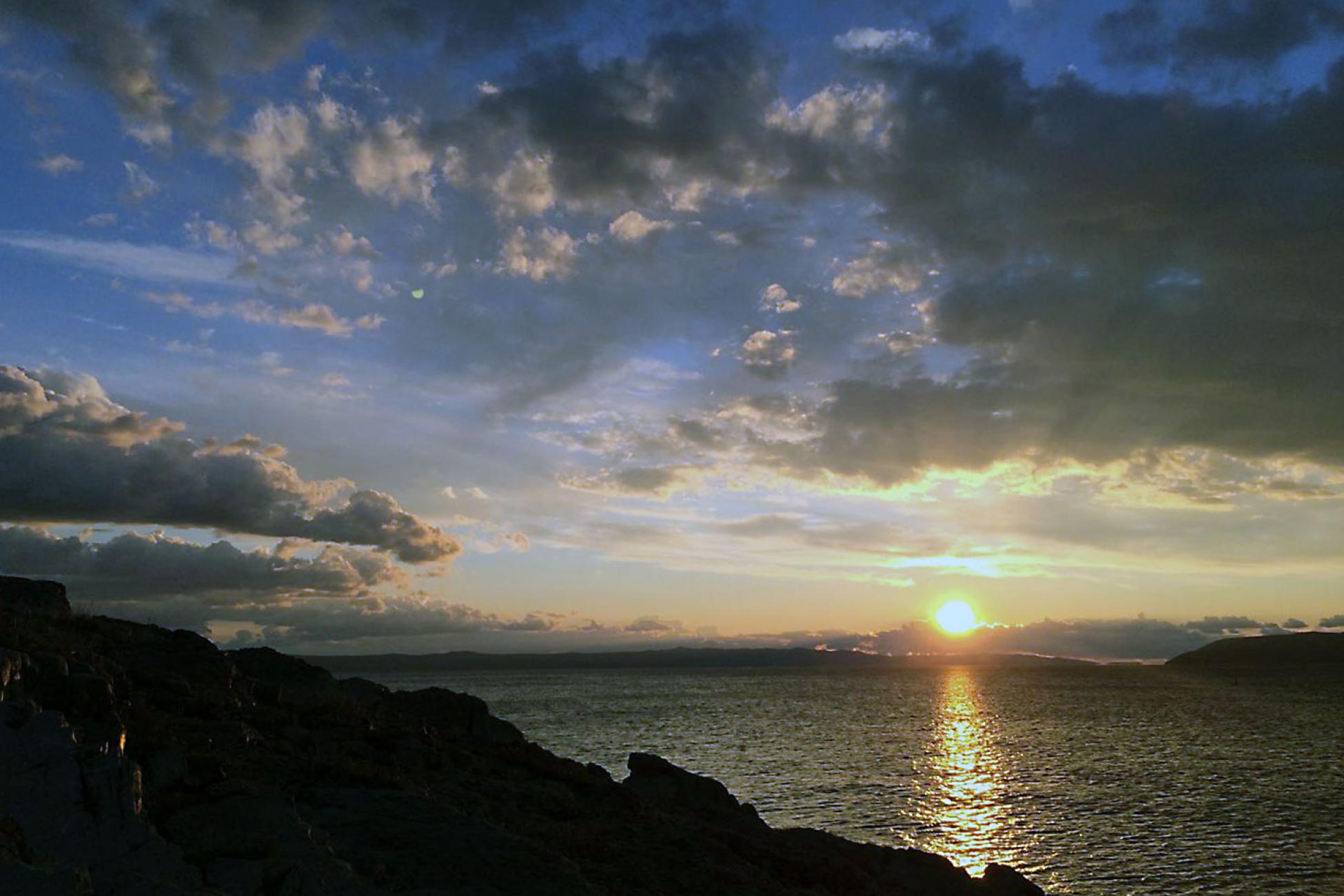 sunset off the coast of Makarska, Croatia V. Nirode
By  Vanessa Nirode

As the time for me to embark on this new chapter of my life called "leave behind everything you know and go live your dreams," I find that I am a bit anxious and scattered. There are a lot of things to do and think about. And people have so many questions that they want answered. I still don't have a lot answers but I do my best. A couple weeks ago, after one of my garbled, rambling explanations, a friend replied, "I hope you find peace."

I've been carrying those words around with me since he said them. I keep going back to them; something in the way they were said annoys me. Perhaps I hear condescension. Perhaps they seem to trivialize my choices and concerns and aspirations. Yesterday, I finally sat down and wrote a response:

I hope you find peace.

I should tell you that I have found peace, many times and in many places. Are you talking about inner peace? That, too, I have found and lost a million times—though I have begun to suspect that it is always there, has always been there. It sits quietly in the depths of everything that is me. It knows my name but it doesn't need to speak it. I know what it is going to say before it says it. It is the thing with wings that sits upon my soul and sings the song only I know. It is a song about the me I am when no one else is around or looking or maybe I don't care if they are.

The chaos comes when I try to be what or who I think other people expect me to be—because then the song becomes muffled with the piles of intent and the words I want to say but feel I shouldn't or am afraid to. Sometimes I wonder what would happen if I went through an entire day without any filter, if I simply let everything spew forth at the rate in which it pops into my brain. I used to do that when I was young, before I knew any better, before I started spending the day at school with other children. It didn't take long to figure out that most other people didn't think the way I did, or see the world the way I did. So I adapted. I never knew there was a label to give my particular type of brain until much later when I was supposedly an adult.

See, these are the things I know: the language of numbers, and music, and birds and trees, the sound of the freewheel on a bicycle as it careens down a mountain, the sound the wind makes when it's only me. I know who is going to call or text before the phone makes a sound. I know where lost things are—if I stop and concentrate a picture of the item, it appears in my brain. I know what song is going to play next on the radio. I know that on the days or weeks when I have good train karma, I can pretty much accomplish anything. I know who I am (at least most of the time). And I know how to find the sea. Always.

Peace? My peace is the rocky shore of Makarska, Croatia at sunset. It is the top of Mount Biokovo standing against a wind strong enough to knock me over. It is the shore of the Black Sea on the edge of Varna.

I was such a strange child.

I especially liked the language of the birds. It was about the clouds, and sky, and rain, and wind, and places on the other side of town or in the next town or state even that I couldn't go to, at least not yet. I would lie in the grass in the backyard looking up into the maple tree and listen to the birds for hours. My mother didn't mind and she let me go outside barefoot; which has to be one of the best things ever. I didn't care for shoes then and don't so much now either.

I always wanted to feel the earth, to connect with some pulse I heard beating through the soil. Maybe I made that part up. Sometimes it's hard to remember what is true in the outside world and what is true just inside my head. The family cat often joined me under my maple tree. I'd look into her eyes and knew that she was listening to the birds too ,while simultaneously wondering what they might taste like. She was a good hunter and she always said sorry, that she couldn't help herself. I understood. There were things I couldn't help also, like arranging the books on my shelf in a certain order and eating the peas on my dinner plate before I ate the mac and cheese and following the exact same path from the front door to the mailbox every time. These things couldn't be helped no matter how hard I tried.

I talked and read early and well. I didn't like talking as much as reading though and soon discovered that you learned a lot more by keeping silent. I still do that. It's interesting to me that people often mistake silence as ignorance or stupidity or shyness or lack of anything to say. Most people are so busy talking that they don't pay attention to what is going on right in front of them. They don't understand that you can't plant a seed just anywhere and expect it to grow. And they don't know the language of the birds. They think everything happens right here and nowhere else is important.

And so then I became a strange adult—except that I'm really really good at appearing 'normal' most of the time. And it's okay. Most of the time it's okay—until I try too hard and drown out that song deep in my soul.

Peace? My peace is the rocky shore of Makarska, Croatia at sunset. It is the top of Mount Biokovo standing against a wind strong enough to knock me over. It is the shore of the Black Sea on the edge of Varna. It is a remote Berber village high in the Atlas Mountains surrounded by food and people. It is a perfectly sunny spring day in Prospect Park. It is the understanding of a friend. It is the oldest train I've ever seen lumbering across the Serbian countryside. It is wandering amongst the waterfalls of Plitvice. It is sitting by the sea organ in Zadar. It is a bike plummeting down the side of a mountain in the Spanish Pyrenees. It is these places and so many more. And it is in me, as it always was.

Peace and chaos and hell and heaven; I believe these are all things we carry around within us. I don't think any of us—humans, that is—are enlightened so much that all we have is peace inside of us. Sometimes we rage, sometimes we flow like a calm stream, sometimes we crash against the shores of our own doing, sometimes we glow with the light of the millions of embers that make us who we are, sometimes we burn so bright and loud that at the end all we can do is collapse inside of ourselves. This is not so bad. This is, after all, how galaxies are made.