You are here: Home/ Articles/ Study Abroad/ Blogs/ How it Really Feels to Be Fluent in a Foreign Language

How it Really Feels to Be Fluent in a Foreign Language 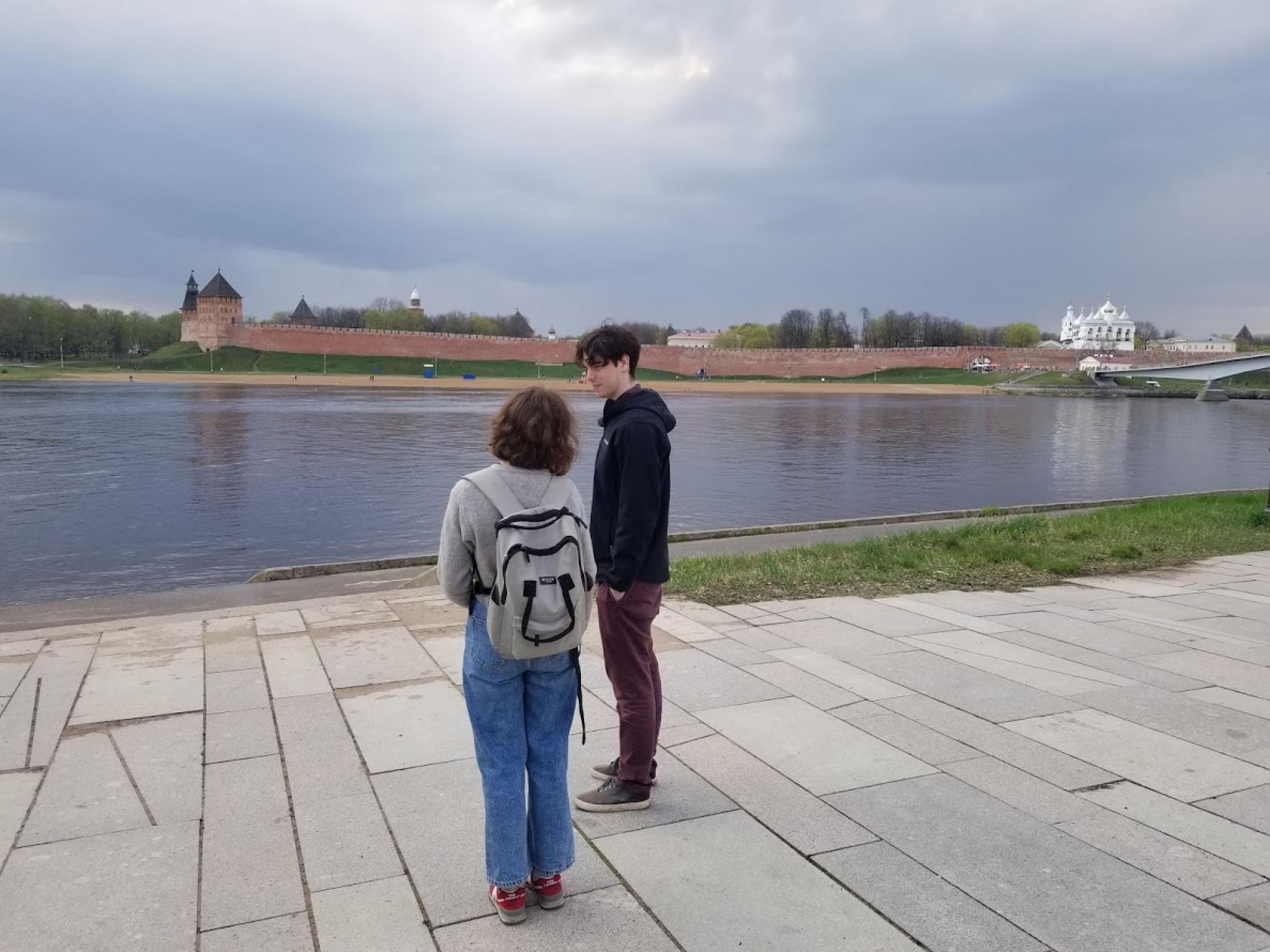 The definition of "fluent" is more fluid than it seems.

My college admissions essay was about trying to write poetry in Russian during my first study abroad program. I was praised for my effort, but frustrated by constant corrections and misunderstandings. That experience was nearly six years ago. Since then, I have intensively studied Russian abroad for three semesters, not to mention years of advanced language classes at home.

When I got back my first creative writing assignment this term, I had a distinct sense of déjà vu.

“Of course, there are a lot of mistakes,” my professor wrote. “However, the text is impressive.”

If you are the type of person who craves validation (and who isn’t?), being an advanced language learner can feel emotionally taxing. As soon as you cross the threshold of being able to hold a basic conversation, people start lavishing praise on you, with the caveat that you still make a lot of mistakes, you can hear the accent, but really, you’re a molodets (a person who does a good job).

I read faster. I use words with the right prefixes and diminutives more often. But the feedback I get indicates what all advanced language students fear: The plateau.

This is exactly what I have been hearing from my teachers and other native speakers, without any changes, for six years straight. I know I have improved. For example, it is now easier for me to switch between languages. I read faster. I use words with the right prefixes and diminutives more often. But the feedback I get indicates what all advanced language students fear: The plateau.

It’s not just locals. Most Americans I have met do not understand the difference between "conversational" and "fluent."

If you can easily chat with your host family about your day, read the news and—my favourite nonsensical definition—dream in the language, people back home think you are “fluent.” (For the record, I dreamed a lot more in Russian at lower language levels, when I was devoting waking brain power to actively learning it, than I do now.)

I don’t mean to diminish the unique challenges of being a beginner in a language. Inability to communicate is unquestionably frustrating. However, the reverse is also true: communication, when achieved, is exciting. Walking outside and ordering ice cream is exciting. Making small talk with a classmate is exciting. Understanding the plot of a movie is exciting.

The emotional difference between a beginning and advanced language student is that communication is no longer exciting.

I started measuring myself based on what I can’t do rather than what I can do. I longed for a sentence free of grammar, pronunciation, vocabulary and tone imprecisions (in that order). Words I don’t know—or even that I just did not hear well—leap out and attack my brain, preventing me from listening, so I then reproach myself for failing to understand. Lapses from perfection quietly accumulate into latent anxiety and emotional exhaustion.

Perfection is hard to define. "Fluent" literally means freely, so it places emphasis on how you do things more than what you can do. If I know what I want to say I can fluently explain my political opinion on an international conflict, but not fluently describe how to play baseball.

"Native-like" is another popular standard, but this raises the question: what native?

No one is perfect in any language.

This semester I decided that, despite constant reminders of my imperfections, I would no longer actively try to improve my language skills. I chose to start believing that Russian or English for me makes no difference. It wasn’t hard to convince myself of this. After all, I can, for example, read about 200 pages of modernist literature every week and participate in fast-paced conversations with my peers, usually without feeling linguistic strain.

I do feel something far more subtle: a reduction in my intelligence by about five years. I can do the modernism reading, and I can even write analytical essays about it, but I can tell the argumentation of those essays is on a high school rather than a college level. My social intelligence likewise suffers; I feel like an awkward teenager again, subconsciously convinced that anything I add will be the slightly wrong thing to say, especially if I am trying to be clever or funny.

My professor gave us an in-class creative writing assignment: write about a funny incident in your life, and then read it aloud to the class. This was the same day I had gotten back my first homework assignment covered in all-caps red text. I apparently could barely write a single well-crafted sentence with plenty of time at home, and now I was supposed to be funny with 40 minutes in a classroom?

I felt my gut clench and go cold, the back of my eyes burn, my mind crawl back every one of my failings over the six years since I first became conversational in Russian. I saw my host mom’s confused face when I read aloud my poems. I felt the despair of getting a language test rating at the end of my intensive nine-month language program in Moldova one level lower than the highest possible, indicating I had made several mistakes. I heard my college Russian teacher telling me to avoid using colloquialisms or high academic style, because I keep messing it up, but really, I was almost perfect when I didn’t try to do anything complicated.

I’m pretty sure humorous creative writing counts as complicated. When I went to the front of the room I apologized to the class in advance for the mistakes, and started reading.

They laughed out loud. More than once. At the end, people were supposed to quote back their favourite lines, and people were talking over each other, having written four or five each. A second part of the assignment was to use our favourite lines again in our own pieces, and as my peers read theirs I heard my words echo over and over.

After the class a one student asked me to send her the piece, and another if I had published any other writing. Yes, but in English of course, I said. “But you write so well in Russian!” she replied.

This wasn’t a turning point. It doesn’t mean I’ve “made it.” Having only heard my piece read aloud, when quoting my work many of the students unconsciously modified it to be a little more correct.

However, the emphasis wasn’t on those modifications. It wasn’t on the can’t, it was on the can. For the first time in a very long time, communication was exciting.

Regardless of how well you speak a language, connecting to people should always be exciting.