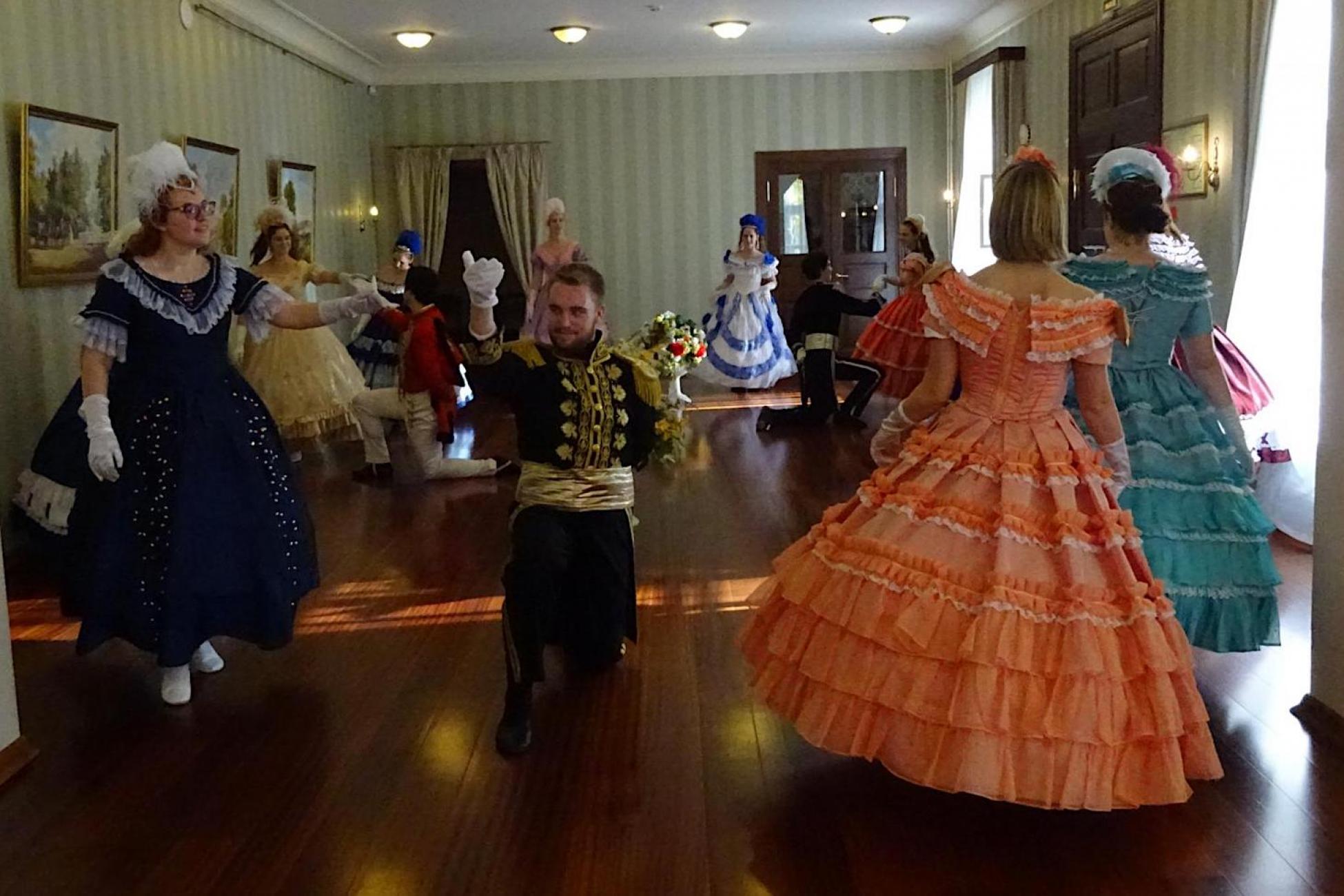 Learning to dance the Mazurka Elena Lavrenova
By  Katrina Keegan

Academic immersion means stepping out of the classroom and into a bigger learning environment.

I exited the metro and realized I would be late to class.

Nevsky Prospekt, the main street in St. Petersburg, was filled with young people with flags, elderly people with icons and cross-bearing priests in yellow robes. Looking up and down the street, I couldn’t see the beginning or end of the crowd; any chance of catching a bus was laughable. I asked a woman watching from the sidewalk what was going on. She told me that it was the annual celebration of Saint Alexander Nevsky, which logically takes place on Nevsky Prospekt.

A chill went up my spine. My most recent history and memory class was about Alexander Nevsky. We learned the reality of his fairly small victories against Catholics and northern neighbours of ancient Rus, as well as his outsized popularity throughout several periods of Russian history, when for one reason or another Nevsky’s actions aligned current politics. That day I became a witness to what I learned in a lecture.

Everyone knows the benefits of going abroad for linguistic and cultural immersion. Making progress in language learning and gaining an understanding of the way other people live and think are indeed wonderful outcomes from study abroad. However, most often study abroad is seen as taking a break from serious academics. People tend to undervalue the potential for academic immersion. Students of the humanities and social sciences can understand their field of study more deeply by going abroad, by observing the content of academic classes in daily life.

Study abroad is often seen as taking a break from serious academics. People tend to undervalue the potential for academic immersion.

Of course, it is understood that travel abroad provides the opportunity to see historically and politically important places, and the more you know about them, the stronger impression they will make. I see the Winter Palace, the heart of the Russian empire until it was stormed in 1917, on the bus every morning. On a recent trip to Moscow, we saw motorcade near  the Kremlin that, according to our tour guide, was accompanying Putin. This, however, is only academic immersion at the surface level.

When I visited Vladimir (the city, not the aforementioned Vladimir Vladimirovich), I was struck by the patriotic version of its history as the official capital during the Mongol era, filled with tales of oppression and resistance, contradicting what I learned in my history class about infighting and attempts to preserve the Mongol order. History is not just in history museums, either.

I saw the Mongol invasion depicted in gingerbread at the Museum of Gingerbread in the same city. I tried mead, the favourite Russian alcohol before vodka was invented, in the neighbouring town of Suzdal, where mead was produced for the Great Princes in Vladimir during the Mongol era.

Opportunities for academic immersion are not limited to obvious fields like history and political science. Low unemployment in Petersburg that we discussed in class is visible throughout the city in the form of numerous advertisements of vacancies in the metro. I almost danced for joy when I learned that we would learn how to dance the mazurka on an excursion in St. Petersburg; the mazurka was of the most important dances of the night in Imperial Russia and has played a pivotal role in several works of Russian literature I have studied, causing marriages and duels.

The “living water” I had learned about in my folklore class came to life on a trip to Izborsk. Living water brings heroes back to life in many Russian fairy tales, and it turned out that some springs that have been flowing out of a mountainside for thousands of years are considered a source of this magical water. I knew theoretically that pre-Christian mythology and traditions often blend with Russian Orthodoxy, but seeing this living water brought this point home for me in an unexpected way: I learned there that every year the church officially blesses the fairy tale water.

Academic immersion not only provides an opportunity to commit facts to memory through repeated encounters with the information, but also helps enrich my understanding of the facts by showing me how they are used and interpreted today. Watching people fill water bottles with blessed living water and march with icons adds a religious dimension to what I had learned about in a folklore and historical context, respectively.

It is not always easy to extract academic learning from the world around me; it is much less systematic than a syllabus and frequently hidden in plain sight if you don’t know to pay attention to it. That is why the combination of studying academic subjects and being abroad is so powerful. As I continue my classes this fall and enrol in new ones this spring, I can’t wait to discover what I have not noticed yet but surrounds me every day. And I can’t wait to truly learn it because it does surround me every day.