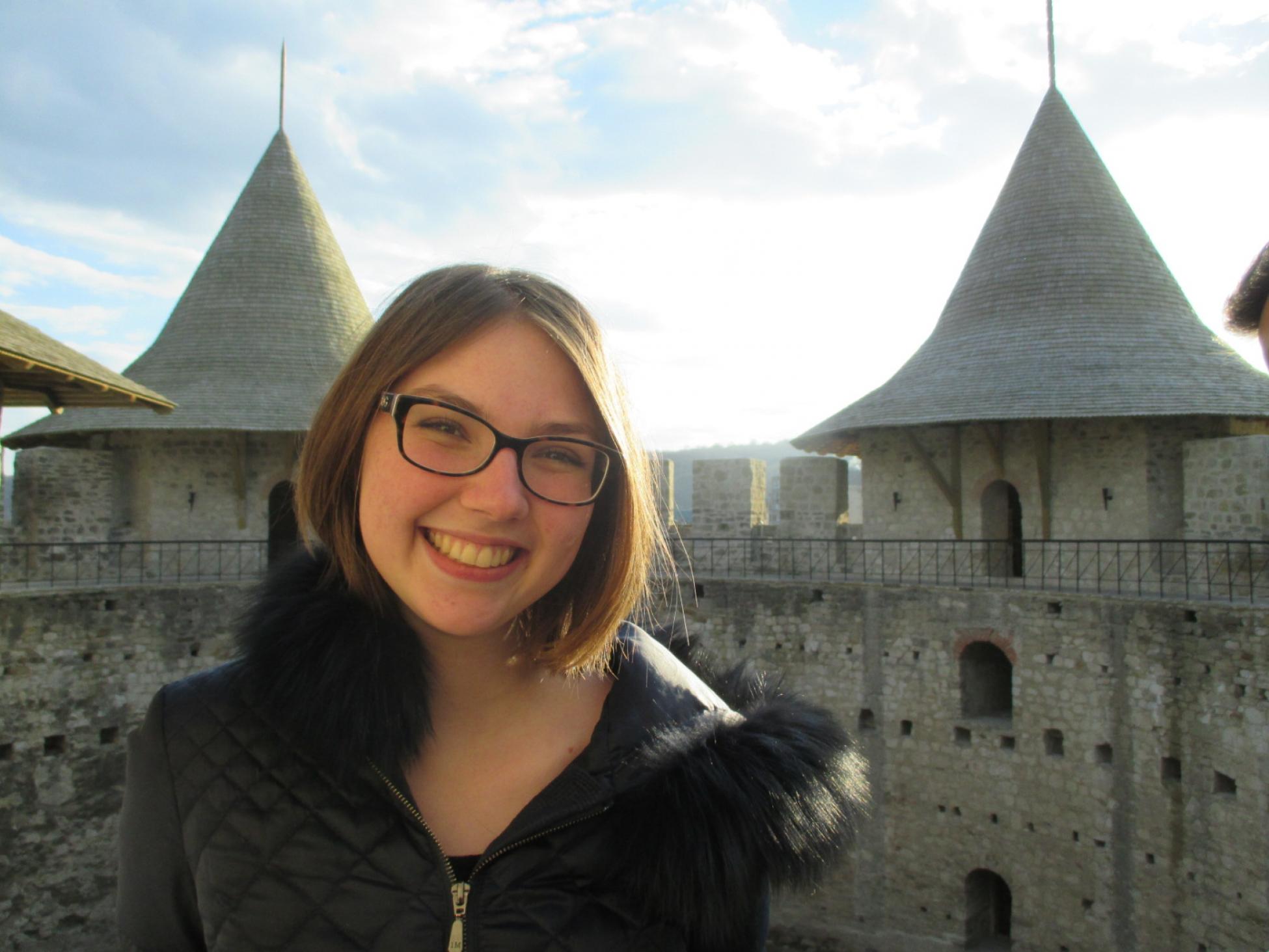 What's in a name? As Katrina learns while studying abroad in Russia, a lot.

I have an alter ego named Katya. I’m taking her with me to St. Petersburg, Russia for nine and a half months.

Katya was born in a fifth grade classroom during "Russian for Fun" Club, after the teacher hung what looked like a backwards and upside-down code above the white board. I chose the Russian name Katya because it sounded most like my real name, Katrina. Well, I chose the name Yekaterina, to be precise; Katya for short.

I was a part-time Katya throughout middle school and the first half of high school. When I stepped into classrooms stuffed with tea cups, maps, and some dusty posters that looked like they were probably made during the Soviet era, I refused to let anyone call me Katrina. I had not yet lost the feeling that Russian was a code I needed to crack. Obviously every code breaker needs a code name.

I lost that feeling when I stepped off a plane into the Moscow airport and internalized for the first time that Russian was, in fact, a real language. I had just turned 16 and received a scholarship to study in Kazan, Russia for six weeks. Six weeks seemed like forever. My mom cried. I cried.

Then I didn’t shed a single tear out of homesickness for all six weeks, because I was home.

I felt more comfortable in Kazan than I ever had in the United States. From my first interaction with a security guard after my group disappeared in the airport, I felt no language barrier. The food made me feel healthy. The people made sense to me. In other words, I felt the exact opposite of the way people usually feel abroad, and in Russia specifically.

“A riddle, wrapped in a mystery, inside an enigma, but perhaps there is a key,” Winston Churchill famously said about Russia. My key was Katya, the Russianized-version of me.

I wanted to go back to Russia. I applied for the nine-month long version of the state department program. In the meantime, Crimea happened. People looked at me with more respect for studying Russian, but the Russian government looked at the state department training a bunch of teenagers on a program with the name “national security” in it with significantly less respect. They kicked the program out of Russia. I ended up in Moldova, a tiny country in between Ukraine and Romania.

In Moldova, Katya became both more real and more abstract. Real, because she ate green borsch and accepted seats offered by men on buses and carried toilet paper everywhere and thought in Russian for nine months. Abstract, because I was introduced to so many iterations of Katya that she became an idea, the most stereotypical idea of a Russian woman in fact: both stronger and more feminine than Katrina ever was. I am not sure how I feel about abstract Katya.

The Soviet Katya is epitomized by the heroine of the classic Soviet film Moscow Doesn’t Believe in Tears, a woman who raises her daughter as a single mother while climbing the ranks from line worker at a factory to its manager. Her life is truly complete once she falls in love.

My local librarian told me Leskov’s Katerina is the Russian soul incarnate.

The Katerinas of 19th century writers Ostrovskii and Leskov had extreme versions of the same traits—so strong-willed and so love-sick that they both committed suicide by throwing themselves into rivers. My local librarian told me Leskov’s Katerina is the Russian soul incarnate. Tolstoi’s Katya in Anna Karenina luckily does not die in a river. As the Europeanized “Kitty,” the belle of the ball, she is weak and sickly and rather stupid. She finds her strength only when she marries a true Russian man who lovingly calls her Katya.

My favourite, though, is a real Katya, Yekaterina Velikaya, Catherine the Great: the czaritsa who took over the empire from her incompetent husband and ruled long and well with lovers on the side. She wasn’t Russian by birth, just like me. She also chose the name Katya.

Do I have an alter-ego named Katrina, whom I am leaving behind in the United States for nine months?

No, I can be both. I choose the name Katrina, to be precise. Katya for short.