Keeping the "Wild" in Wildlife Tourism

With wildlife tourism, the distinction between what's ethical and what’s not isn’t always obvious. Here are some guiding principles for your next trip.

Meeting the soulful eyes of a mountain gorilla in Rwanda’s lush jungle, tracking the ribboning black and orange stripes of a tiger through a forest in India, rafting past grizzlies in Canada’s Great Bear Rainforest—there’s no question that encounters with wildlife are often the most powerful part of a trip.

The best wildlife tourism experiences give travellers the opportunity to witness animals in their natural habitat in a responsible way that actually helps protect them. The development of ecotourism around parks and nature reserves can help local communities generate benefits from conserving animals that far exceed their value to poachers and hunters. For instance, a 2014 study by the Centre for Responsible Travel (CREST) and Stanford University in the Great Bear Rainforest found that bear viewing tourism generated 12 times more spending than bear hunting—which helped end British Columbia’s trophy hunt.

Unfortunately, not all wildlife interactions are positive ones. While some travellers are now aware of the most egregious of unethical animal attractions—like Thailand’s Tiger Temple, where the big cats were inbred and illegally trafficked, left malnourished and in many cases, died—the distinction between what is ethical and what’s not isn’t always that obvious.

Here are some guiding principles to keep in mind when viewing animals in the wild or at attractions on your next holiday.

Red flags to watch for

Travellers should always be wary of animals in captivity, especially wild animals that appear domesticated.

Wild animals simply can’t be tamed without enduring some form of cruelty. We now know that seemingly benign experiences, like elephant treks, are only possible because the animals are abused into submission behind closed doors.

It’s the same dismal reality for lions and tigers at cub petting attractions, where visitors are encouraged to pet, play and take pictures with the cubs. Not only are the cubs mistreated, but once they’ve matured and are no longer as docile, they’re often left caged in inhumane conditions or shot. Cute and cuddly photos of these animals come at a cost, according to World Animal Protection. More often than not, the primary concern of places that encourage close contact with animals is revenue.

“If an organization allows or promotes contact or selfie-taking with wildlife, it’s a red flag,” says Kelsey Frenkiel, director of operations and programs at CREST.

Instagram has even started making an effort to curb animal selfies. If users search #slothselfie, a pop-up alerts them to the fact that the hashtag is associated with posts that encourage harmful behaviour towards animals. Destinations like Costa Rica have also launched campaigns aimed at ending selfies and close contact with animals.

When it comes to sanctuaries and zoos, there are legitimate organizations working to rehabilitate or re-release injured animals into the wild, but being able to hold, feed, or take a photo with an animal is a warning sign that the facility may not be abiding by best practices.

“There's nothing inherently wrong with captive animals; it’s how they're treated behind closed doors."

“Checking to see if [an animal attraction] is nationally or internationally recognized by accredited certification schemes is a good first step,” says Frenkiel. Some zoos and aquariums have AZA accreditation, for instance, which considers animal welfare standards and ensures facilities are supporting global conservation programs through research, partnerships, and funding.

For travellers considering whether volunteering with animals abroad is ethical, this kind of accreditation is a good place to start. While the dominant school of thought dictates animal care should be left to professionals, sometimes helping out can have a positive impact. But, this usually involves taking a more supportive role that contributes citizen science, or cleans up habitat, and doesn’t involve physical contact with the animals.

“There's nothing inherently wrong with captive animals, but it’s how they're treated behind closed doors that you have to look out for,” says Court Whelan, chief sustainability officer at Natural Habitat Adventures, a World Wildlife Fund (WWF) travel partner. In some instances, ethical captive breeding (or “conservation breeding”) is the only way to ensure a species’ survival; zoos and aquariums can also play an important role in research and education. If travellers are uncertain, simply asking questions about the company’s stance on animal welfare can go a long way.

“Companies that are doing the right thing and are really good at it will have an answer,” says Whelan.

While making a judgement call on the treatment of captive animals is fairly straightforward, it can be more challenging to navigate the ethics of viewing animals in their natural habitat. Experiences that may seem innocuous—like whale watching or swimming with wild dolphins—can also have negative impacts. For example, up until recently, travellers could swim alongside dolphins in New Zealand’s Bay of Islands. But the activity was banned after researchers found human presence was detrimental to the animals’ natural rhythms of resting and feeding, causing their population to plummet and the mortality rate of calves to skyrocket.

Similarly, negative effects have been observed in other marine mammals due to anthropogenic noise, according to a comprehensive review published in 2021. Human-caused noise impairs the ability of marine animals to hunt and find food. It disrupts social behaviours, and causes physiological changes, like hearing loss. A 2019 study published in Scientific Reports journal shows that most of the noise comes from recreational vessels, making it crucial for travellers to choose a tour company that keeps a safe distance from the animals.

When viewing animals in the wild, wildlife enthusiasts should be careful to not make unnecessary noise, stay at the required distance (which a sustainable tour guide should be aware of, as it varies by species), not feed the animals (this includes operators baiting wild animals to attract them for tourists, which can interfere with natural feeding patterns and lead to human-wildlife conflict), and not overstay their welcome. This is why if you’re lucky enough to go gorilla trekking in East Africa, hikers are limited to an hour with the primates.

“The best-case scenario is to just be a fly on the wall; simply observe, don’t change the environment, don’t change the behaviour,” says Whelan. “It’s a lot about seeing and reading animals’ behaviours.” This is why opting to view animals under the guidance of an expert is a safe bet.

When vetting a travel company or tour operator that organizes wildlife-focused itineraries, the onus is partly on the traveller to do some research before booking.

“Ask questions like, ‘Is the organization mission-based and does that mission involve wider conservation aims?’" says Frenkiel. These types of companies will also likely employ guides and naturalists who can educate guests on responsible interactions with wild animals.

If a destination or travel company isn’t combining their efforts to protect wildlife with initiatives that conserve animal habitats, any animal welfare policy is a moot point.

“The key is to follow good practices from experts related to specific ecosystems, places, and species,” says Jaime Sweeting, head of sustainability at adventure travel company G Adventures. For example, G Adventures has a partnership with the Jane Goodall Institute to develop a collection of wildlife trips that draw on the institute’s expertise to protect animals and empower local communities. Similarly, Natural Habitat Adventures has a partnership with the World Wildlife Fund so that their expedition leaders are trained by WWF scientists working in the destination.

“We have an elevated understanding of what's going on down to a very local, granular level,” says Whelan. Natural Habitat Adventures also turns to scientists and WWF policymakers when choosing new destinations, using data to pinpoint wildlife areas that would benefit from the presence of tourism. Many responsible ecotourism companies also integrate citizen science into a trip, which is an opportunity for travellers to contribute to data collection, and make observations that help the wildlife that they’re viewing thrive.

Having a meaningful encounter with wildlife means travellers will likely come away with a desire to continue supporting the animals’ welfare. Travelling with a company that has roots in conservation and looks at the larger sustainability context allows visitors to do that, because their trip will take the surrounding ecosystem and community into account. When a community gains value from their local wildlife, the animals’ continued protection is almost guaranteed.

“The best way to safeguard biodiversity is through visiting parks and protected areas and by supporting local businesses that operate nearby; this helps to uplift local communities and provide them with a sustainable livelihood,” says Sweeting.

If a destination or travel company isn’t combining efforts to protect wildlife with initiatives that conserve animal habitats, any animal welfare policy is a moot point. Whether it’s through rewilding—restoring the landscape to its natural state through the reintroduction of native species—or projects that protect habitat, combat climate change or reduce land degradation, looking at conservation holistically is key for animals to flourish.

Over the past two years, many endangered animals were left alone and unprotected as we grappled with the pandemic. Any notion of our own supremacy in the natural world was also challenged, making the question of how we can improve the lives of animals in the places we visit all the more salient. 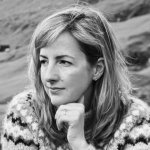 Chloe Berge is a Vancouver-based journalist specializing in travel, conservation, culture, and the outdoors. Her work appears in National Geographic, the Globe and Mail, BBC, Conde Nast Traveler, and ELLE Canada, among others. Follow her adventures on Instagram @chloeberge.