How to Teach English in Morocco

Find out why demand is high in this up-and-coming destination for TEFL teachers.

Over 10 years ago, I decided to relocate from Ottawa to Morocco. Back then, I didn’t bump into many locals speaking English in cafes or restaurants (at least not in Marrakech) and French was still the dominant second language taught in schools and spoken in offices. In other words, Morocco seemed like the ideal place to both learn French and teach English. So, I completed a TESOL certification in hopes that it would be a gateway to finding work in the North African Kingdom.

Today, wandering down the wide boulevards of the Gueliz district with its trendy cafes and hip shops, it’s common to hear young people conversing in English, regardless of skill level.

Preference for learning English as a second language, rather than French, is growing. In fact, in September 2021, Middle East Eye, a regional newspaper, reported that Moroccans would like to see English as the first official language, citing, “French is not only considered to be the language of the colonizer, but also regarded as outdated and impractical.” Supporters even took to Twitter to voice their opinions, tagging their tweets with #Yes_for_English_instead_of_French_in_Morocco. And, according to an April 2021 survey commissioned by the British Council, 74 percent of respondents believe a shift to English will help transform Morocco into an international business and tourism hub, improving both education and career opportunities for locals.

With new language schools opening to meet this demand, now is a great time to teach English in Morocco.

How do I find a teaching job in Morocco?

First, to be considered, you’ll need to possess a Bachelor’s degree and a certificate in teaching English.

Personally, I made initial contact with a language school prior to arrival, but the conversation didn’t continue until I was actually in the country and available for an in-person interview.

However, it’s not uncommon to start your job search upon arrival in Morocco. This allows teachers arriving in the country for the first time to determine what city or region they prefer to live in. It’s also an opportunity to determine what language centres are the best fit, meet other teachers and get an understanding of what company to work with or for.

The best time to start your search is in the late spring, summer or early September, when language centres are preparing for the back-to-school season. While you can inquire by phoning or even dropping by an institution, it’s not considered unprofessional to use networks like Facebook or WhatsApp to message employers about potential jobs.

How do I get a work visa to teach English in Morocco?

Employers typically help teachers secure work visas, but even if you’ve landed a job in advance of your arrival, don’t be surprised if the host school is still working on your paperwork well after your plane has landed.

Luckily, Canadians, Americans, Australians and Europeans are permitted to stay up to 90 days in Morocco on a visitor visa.

How do I find a teaching job in Morocco?

The American Language Centre (ALC)—with 12 urban and rural outposts throughout the country, including in the northeastern town of Oujda on the Mediterranean coast—is one of the most reputable organizations nationwide and operates under the American Cultural Association.

“The ALCs in Morocco typically hire at the beginning of the school year in September. This would mean someone would have to apply in late spring or early summer,” says Richard Martin, current director of the American Language Centre in Casablanca. “Many of the directors, however, hire during the year when an application matches a need.”

The British Council has locations in both Rabat and Casablanca and caters to children, adults and businesses. As these two cities are the economic and political hubs of the country, teachers can expect to teach English with an emphasis on business. English-speaking teachers require either a CELTA or TESOL certification with two years of experience.

As the interest in English education grows amongst the local population, international schools are also opening across the country. The British Academy School Marrakech, for example, follows a British curriculum. Similarly, the American School has outposts in Casablanca, Rabat and Marrakech and hires teachers for the academic year starting in late summer.

Locals commonly seek English lessons for themselves or their children in a more informal setting, such as the local cafe. Expect to charge between 150 to 200 MAD per hour (sometimes less, depending on the student), but this form of teaching often provides benefits that extend beyond payment. One of my early assignments was teaching a doctor English terminology she would require in the practice in preparation for her move abroad. While the assignment was short, we developed a friendship outside of teaching,creating a new avenue to integrate into local society.

What do I need to know before I teach in Morocco?

Some newcomers find living in Morocco challenging, so it pays to consider whether you’re prepared to haggle for everyday items at the souks, enjoy the bustle of cities like Casablanca, or if you would be better suited to life in a small, more remote area. It will also affect what and how you teach. In a city like Casablanca (the country’s economic hub) or the capital city of Rabat, you’ll likely focus on business English. Further south, in a city like Marrakech or coastal Essaouira, expect a focus on English geared toward students working in hospitality and tourism.

Different language centres also have different work cultures. Some teachers provide English language training onsite for corporate clients, meaning that teachers may never meet others in a language centre setting. Some, such as the Berlitz language centre in Casablanca, go beyond English and offer a range of languages. Others, like the American Language Centre also act as cultural hubs; the ALC regularly hosts extracurricular activities, concerts and workshops, like photography classes with street photographer Yoriyas.

It’s not uncommon to work Saturdays in Morocco, and teachers may work six days per week between classroom instruction and lesson preparation and marking.

Working in less formal settings may mean more sporadic hours, or contracts for specific lengths of time with a specific purpose. I worked with students who wanted quick intensive instruction before travelling to an English-speaking country, and others who only committed to a month-long lesson plan.

You can reach out to other teachers for support and resources.

As a highly connected population, expect social media networking groups to connect with students beyond the classroom. The Moroccan Association of Friends of English: The E-classroom is a great place to connect with other teachers, but also places like the ALC Facebook pages, like this one from the Fez location, to understand the culture of different schools.

How much is an English teacher paid in Morocco?

Salary expectations hover around 10,000 MAD per month, which is enough to pay for a decent apartment, shop locally, take petit taxis around town, and dine in restaurants occasionally. Some schools pay hourly based on demand for teaching, while others—including the American Language Centre and the British Council—offer contracts. In fact, the ALC is reputed for its care for and treatment of its teachers, with a generous benefits package that includes Darija (Moroccan Arabic) lessons.

It is also worth noting that without a residence card—which can take months to process—it’s impossible for foreigners to open a bank account in Morocco, making transferring money out of the country incredibly difficult, particularly given the Morocco Dirham is a closed currency.

While the salaries may not be great by North American standards, Morocco—with its rich culture, mouth-watering cuisine and welcoming people—is a wonderful place to live. Travelling within the country is affordable, with the Sahara Desert, Atlantic and Mediterranean coast, Atlas Mountains and bustling cities to explore. 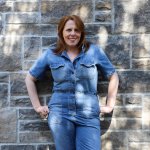 Mandy Sinclair swapped Canadian public employee life for five months in Marrakech in 2011, and stayed 10 years. She’s the founder of Tasting Marrakech and podcaster behind Why Morocco, Morocco’s first travel podcast, sharing conversations with creative and inspiring personalities met while living in Marrakech. Mandy writes about travel and lifestyle with bylines in Monocle’s guide to Marrakech, Lonely Planet, Independent, Toronto Star and more