Being a runner, imperfect though I may be, has anchored some of my most important travel moments.

“Madam! Do this!” I glanced to my right to see a tiny sprite of a girl demonstrate what can only be described as a flying scissor kick. Compelled by the most powerful force on earth (the pressure of tweens), I complied.

My foray into movie-style martial arts was the latest in a series of moves demanded by my posse, a curious band of tweens and teens who followed me as I jogged in rural Malawi. I was posted just outside the capital city of Lilongwe at the Bunda College of Agriculture, working as a gender analyst for a fish farming project. My quiet, plodding jogs were meant as a reprieve from my work, but that all changed when this little gang of young girls spotted me. At first, I felt a bit like the Pied Piper, with a trail of dancing imps following my every move and I happily obliged with requests to show off different kinds of running styles. Could it be that I was an awe-inspiring athlete after all? But by the time we came to the flying scissor kicks, I couldn’t avoid the bald truth: I was, to their eyes, the new village idiot. What kind of fool runs, for no reason at all, when nothing is chasing her?

Any lingering doubts I may have had about my status were erased on one memorable trek when I jogged by an elderly labourer working by the side of the road. I greeted him with my friendliest, most confident Chichewa language skills and the little girls lost it. I mean they howled with laughter. They laughed so hard they fell to the ground and literally pounded the sand with mirth.

And still, when I travel, I run.

I don’t exactly possess much in the way of speed or grace (my flying scissor kicks notwithstanding). Nor am I the kind of runner who has a dogged determination, resolutely pulling on their shoes come dawn, foul weather be damned. There have been plenty of times when I’ve dragged my shoes and bulky sports bras halfway around the world, only for them to collect dust in Australia instead of on my shelf at home. But being a runner, imperfect though I may be, has anchored some of my most important travel moments.

Thankfully, rural Malawi was the only destination where people gathered just for the sheer joy of laughing at me as I ran. My other travel running memories are far less dramatic, but equally poignant. There was the early June morning along a rural road in East Sussex, England. My huffing and puffing were drowned out by joyful chirping birds as I lugged along the hedgerow. Then there was the overcast day in Killarney, Ireland, when I should have been working on my grad school dissertation, but instead, I strapped on my sneakers and traversed the gardens around a church. Happiest still was the trip to Gatineau, Quebec, for a conference. As I jogged across the bridge into Ottawa, Ontario, I felt like I had finally made it as a runner. “Look at me! I’m running in two provinces!”

When I decided to attempt my one and only marathon, I knew it couldn’t be in my prosaic hometown. There clearly had to be a travel component, so I headed to Paris. Coming just two years after my clumsy efforts in Malawi, I’d like to think that if those young girls could have seen me cross the marathon finish line, they’d have looked at me with something approaching respect—but in truth they’re probably still by the side of the road, clutching a stitch in their side from laughing so hard.

While I’ve never found running to be an easy activity, there’s no denying how a simple jog can put you at ease in a new destination. It’s an excellent catalyst to break the ice, as everyone from hotel concierges to bakery staff will have an opinion about your route. Everyone has a secret vista or hidden nook they want to recommend.

Sarah Greaves-Gabbadon, a travel writer and on-screen personality, says she too has experienced how running creates these connections.

“There's definitely no better way to get to know a destination. At street level, you have an opportunity to experience a place in a much fuller way than if you were in a car or in a group,” she says. “And the bonus is that whenever I meet local runners on the road (as I often do), they're usually so friendly and offer great local recommendations."

Jogging is as good a method as any to cure jet lag, shake off sluggishness, and practice your language skills (even if your Chichewa is as shaky as mine). You’ll get over your shyness pretty quickly when you need to find a bathroom or purchase a bottle of water.

Jogging is as good a method as any to cure jet lag, shake off sluggishness, and practice your language skills.

But between the joy of discovering a destination and the practical benefits of exercise, jogging offers something more. When you jog, there’s this powerful sense of claiming the city as your own. It’s funny how a short run down a street running parallel to the main drag suddenly feels like the proverbial road less taken—and in many ways, it actually is. How many visitors to Paris bypass the Champs-Elysees in favour of Rue de Ponthieu? You’re not strolling or walking. You’re out there jogging, moving with a purpose, and deliberately laying claim to the streets and the memories they hold.

For many joggers, the comradery found in running groups and workshops makes the experience of running in a new location even more exciting. Zarin Tasnim, a Bangladeshi mechanical engineering student at Memorial University in St. John’s, Newfoundland, started running in her new home, including with groups from the Running Room.

“I highly recommend them,” she says. “I did not have a car when I first moved here, so running was actually a great way to explore the city.”

And no group is so exciting as the Hash House Harriers. HHH is an international group of non-competitive running clubs (or, as they put it, a drinking club with a running problem). Since 1938, they’ve grown to have more than 1,500 clubs around the world. Their runs are anything but ordinary and sometimes feel more like scavenger hunts, incorporating dead ends and false trails just for the fun of it. They’re motivated by more than just amusements, as these little obstacles make sure that fast runners don’t get too far ahead and that slower runners aren’t left alone.

“[Running with HHH] was just the best way to see new parts of the city and beyond, places I never would have thought to go to on my own. It helped me meet new people in Yangon when I first arrived, some of whom had a lot of interesting experience in the country and that I'm still friends with today,” says Carly Selby-James, who worked with the Australian government in Myanmar.

After nearly 20 years of running around the world, I’ve learned that travel jogging is more accessible than many people may think. You don’t have to have fancy gear, a need for speed, or a lot of time for a memorable jog. After all these years, I still use the beginner-friendly methods I followed in my very first Running Room clinic. For every 10 minutes I run, I walk for one and my goal is to finish, standing upright and smiling. I’ve learned to pack dark, neutral, logo-free running tanks and tights that can be seamlessly layered with my regular travel wardrobe and my special anti-blister running socks are trusty companions for all sorts of travel excursions. I choose bright, busy routes that offer great photo opps and also the peace of mind that help is nearby should I need it.

And when I come across a gaggle of little girls, I do a jaunty little kick, just for them. 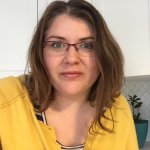 Vanessa Chiasson is a Canadian writer with bylines in The Globe and Mail, Buzzfeed, Travel Awaits, and more. Her blog, TurnipseedTravel.com, focuses on cozy travel experiences.