You are here: Home/ Articles/ Work Abroad/ Blogs/ The Best and Worst Things About Brazil

The Best and Worst Things About Brazil 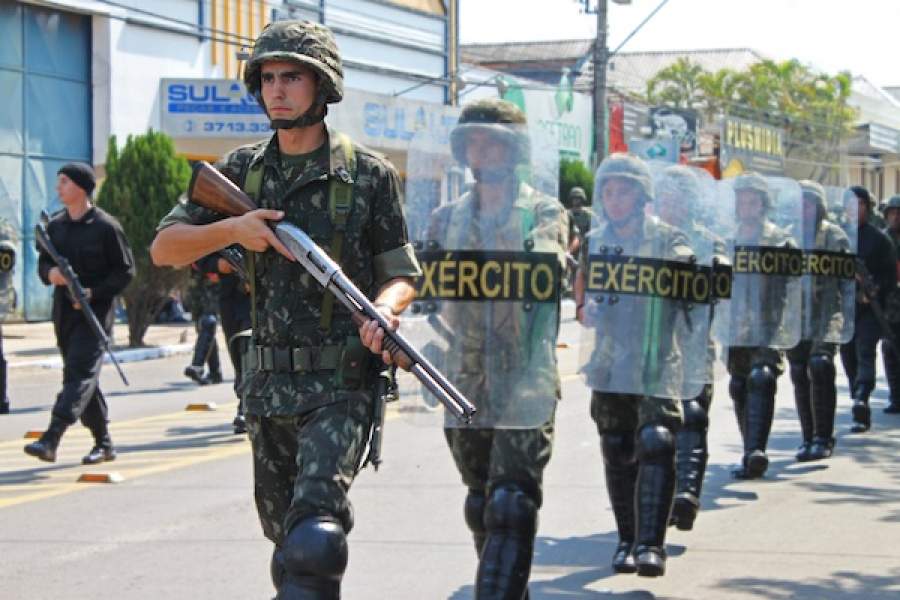 Picture taken on Brazil's Independence day (September 7th), during a military parade in Santa Cruz do Sul.
By  Samantha Phelan

In class, I’ve been having a lot of discussion with the students about what they feel are the best and worst things about Brazil. Some of the more positive things that they have had to say about it is that its people are very friendly, food is cheaper, soccer is better and economic outlook is positive. These are all very legitimate answers, most of which I can vouch for thus far.

Some students joke about the small town feel of Santa Cruz do Sul and how it’s not quite as exciting as living in bigger cities like London, Paris, or New York. In my experience with travelling though I’ve come to realize that it’s not that those big towns are better but rather it is these small town individuals who are just travel hungry to see more. When you leave a place that you’ve grown up in you start to gain much more appreciation for how it shaped your life and who you have become. If you spend enough time in a big city, far away from the simplicity of a small town you eventually realize that Dorothy had it right; there’s no place like home.

When asked about the worst aspects of Brazil, they answered that political corruption and the education system seemed to be the biggest problems.  I’m trying to learn more about the political situation of Brazil so I have begun with observing the political marketing tactics of the upcoming municipal elections. One main difference from my city is that candidates send these cars around with giant stereos and large posters attached to them and play these catchy jingles over and over while driving through every street of the city. I have absolutely no idea what they are saying but I can guarantee that when I hear the jingle I immediately associate it with the picture of the candidate that it belongs too. Ahh, the power of marketing. I’m not so sure the same tactics would work out as well in Canada as people might find it much too annoying and use it as a strike against the candidate rather than in favour of them.

Admittedly, I have no idea what is going on politically other than what I am told by my students; I am still trying to improve my Portuguese enough to read a newspaper and have been taking suggestions on popular local news websites that I should read. Generally though, the people here in this city feel as though the politicians are playing a childish game of who can blame who without really talking about real issues. Politicians point out the bad in the other running candidates rather than speak about what will happen under their own leadership. Voting here is mandatory once you turn 18 but if you can give an excuse as to why you didn’t vote, you may be let off without a fine. Most youth I’ve spoken to about it have said that they have been conveniently “out of town” during the voting period.

Once voted in, the problem becomes political corruption. From what I gathered, they are referring to political corruption in a way that governments are serving their own self interests before the citizens interests; I guess that would also make many other places politically corrupt, not just Brazil. But their issues seem to run a bit more deep.

Take the education system for example: There is a public and private schooling system here. Private schools at the secondary level normally have a much higher standard of education and higher paid teachers. The foundation and structure of these schools also tend to be of a higher quality. The public schools however are facing much more problems. Infrastructure problems are apparent, teachers are severely underpaid and therefore most lack the motivation to actually educate the students to the levels that they should be educated. The issue lies in the fact that the state government pawns the responsibility off to municipal government to attend to and therefore you may have some cities under strong leadership that are picking up the slack while other cities are suffering as their mayors have interest in spending their budget elsewhere.

I have been here for almost a month now and my own knowledge of these cultural differences has increased tenfold. I hope to participate in more discussion with the students about these issues as it seems to be the sort of topic that they are really eager to talk about. I’ll keep the updates coming as I learn them, but for now I am off to Foz do Iguacu to see how they compare to Canada’s Niagara Falls! As a heads up, I heard that this place was one of the many positive things about being in Brazil so I hope to give you rave reviews upon my return.

Related Articles:
A Whole New World in Brazil
Why I Decided to Intern in Brazil
Debunking Brazilian Myths