You are here: Home/ Articles/ Work Abroad/ Blogs/ What I Learned From My Overseas Internship

What I Learned From My Overseas Internship 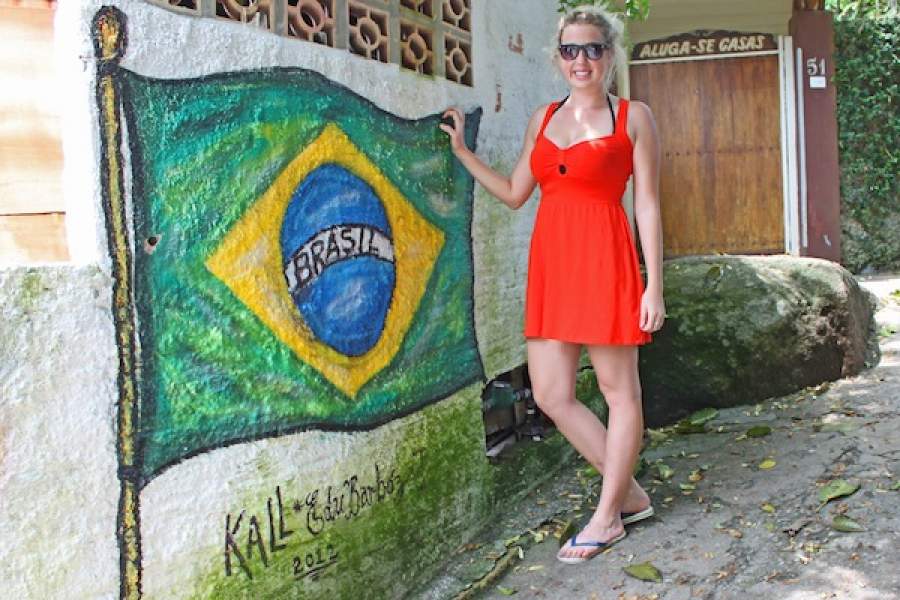 For AIESEC intern Samantha, three months in Brazil resulted in a lifetime of change.

As I sit in the Sao Paulo airport, sipping overpriced tea (which is still cheap by North American standards) and tasting an utterly delightful key lime pie that I am probably paying a crazy inflated mark-up on—I feel emotionally content.

Three months of an internship in Brazil has come to a close and I am heading back to Canada to surprise my family and friends. The reality is that three months really isn’t that long to be abroad; in fact, one could argue that it’s not enough time. But it’s definitely a long time to be away from loved ones.

You often hear of scenarios where someone’s brain is telling them one thing while their heart is telling them something else. In my case, my heart was telling me two completely different things and I had to pick an option as there was no way I could satisfy both. I decided to travel on the condition that I would be able to return after a couple months. That one part of my heart is currently ecstatic that I have kept my promise and am returning home while the other part of my heart is telling me to keep going; I‘m not finished exploring yet.

I haven’t seen nearly as much as I want to see, nor have I done nearly as much as I want to do. When I spoke with my friends in Brazil about the reasons I decided to come to Brazil it was always cultural, new experiences, new friends and new language. And that is completely true; I was thirsty for that kind of change. But after a bit more prying by one of my good friends, I answered a question with an answer that I didn’t even realize I felt until I had said it.

I chose to travel after graduation because I hated the idea of being driven to live up to other peoples expectations; I simply wanted to live up to mine. This shouldn’t be taken in a negative light either because some people have had quite nice expectations of me— expectations that I would be honoured to have lived up to. But reality was that I needed to figure out what I wanted for myself

Have I done that? Absolutely not. If anything this travel experience has made me slightly more confused as to what lies ahead of me for my future. I’ve become more of a humanitarian; I’ve become more socially conscious; I’ve added a good 15 things to my bucket list while only taking away five or six. But while I’m leaving a bit more confused, I’ve never felt this content being confused.

In my opinion, that is exactly what travelling does to you. It gives you a broader perspective and allows you to accept things as they are. Things will never go as planned, you will not always find solutions, life will not be easier if you walk away from issues, but you learn to accept those things for what they are. I’ve travelled around Brazil quite a bit during my stay and I have met people from all walks of life. I have seen favelas and I have stayed at luxurious hotels. I have been knocked down by language barriers but empowered by the challenges they bring. I have submitted myself to a culture where punctuality is not as pressing; something that three months ago, my borderline OCD self would cringe at accepting. And you know what? I love it. All of it was refreshing.

At this moment I cannot put my finger on one overpowering thing that I took away from this, rather a myriad of simple things that has formed me into an individual who feels more prepared to tackle larger challenges. Without a doubt, within the coming weeks I will really begin to understand how this entire experience has shaped me, but for now, I have a plane to catch and a family to see.