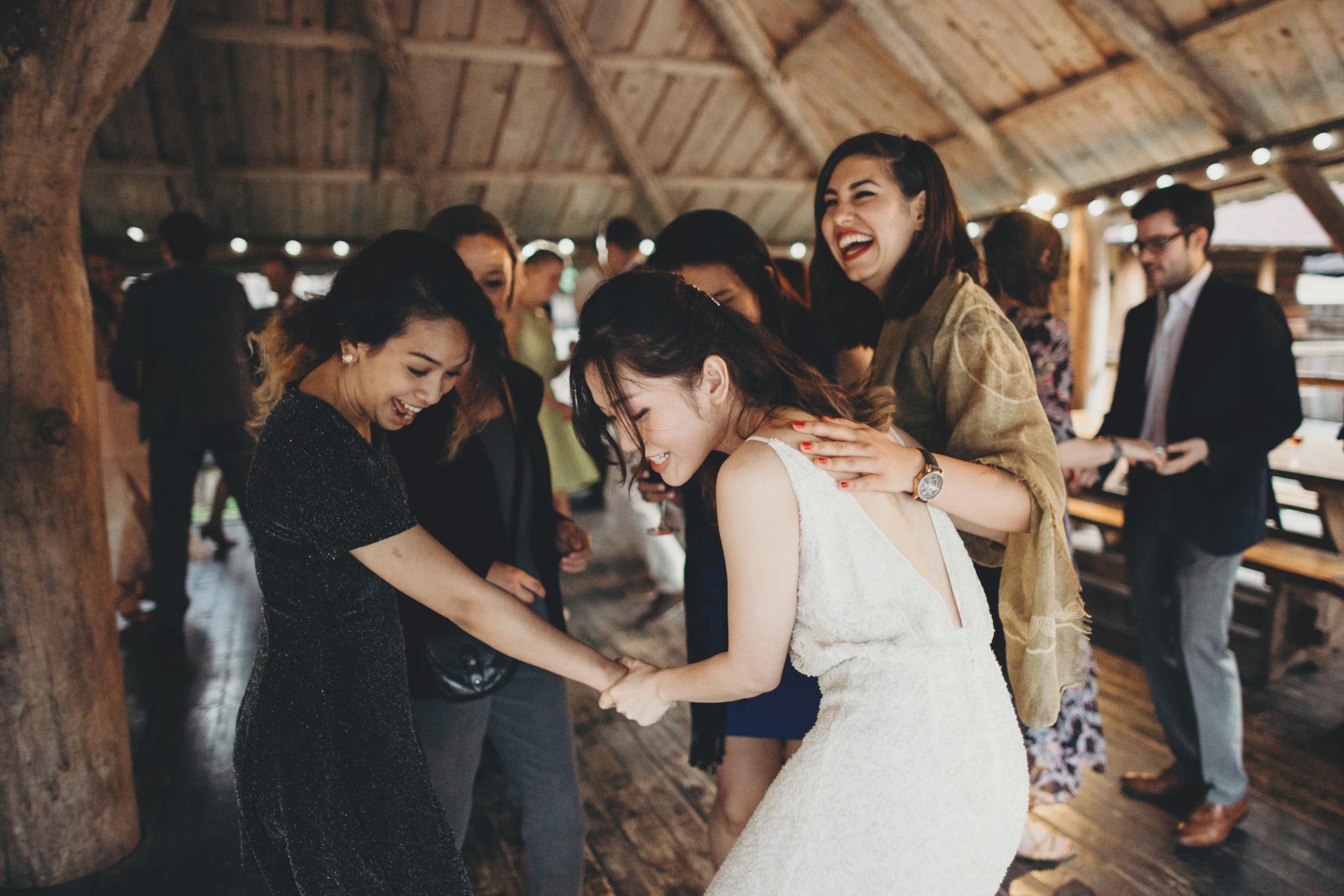 Durrah reunites with friends at a wedding. Inta Lankovska from Inta Photograph and Patricia Goh
By  Durrah Taqiah

The truth about maintaining long-distance friendships.

If you have a partner to leave behind when you leave for an adventure, you’d understand the ache that fills your chest cavity. To some people, that same pain stems from leaving family and friends behind—the familiarity and years of comfort that distance may or may not break apart.

It’s always hard to leave them behind because you know that no matter how hard you seek (and if you’re lucky to find a temporary replacement), the new "family" might not feel the same as the old circle you had. Or maybe it feels better, which leaves you feeling confused, almost as if you’re betraying the ones at home.

Although social media makes it easier to keep up with each others' lives, along with Skype calls and group texts, it has its quirks. The longer you immerse yourself in your new life, the more you feel like you’re fading away from the old. Keeping up suddenly feels like a chore—especially having to explain things to people who don’t know your new world, because after all, aren’t you suppose to live in the present?

Part of growing up

I’ve come to terms that the older I get, the smaller my circle of friends might become and that’s just natural. Life gets in the way and everyone has different priorities. Some are focused on their careers, others are focused on their relationships, and friendships may subconsciously become a low priority. Everyone has a different angle they’re working on in their 20s. It’s our job to support each other and accept that with sincere hearts. It’s theirs to accept that you have broadened your friendship pool, and it’s not limited to the ones you had before.

If you feel like you’ve lost a great deal back home, bring yourself into the present and remember that you’ve gained as much as you’ve lost.

Distance could bring you closer

It's unfortunate that distance equates to less physical time with a person and that itself gravitates you away from each other. But the way friendships are kept or maintained differs. While some people feel that absence is a backtracking path leading from "friendship" to "strangers," others believe that absence makes you yearn harder.

I have a group of friends who I barely keep in touch with, yet when I do check in, it feels like we’re picking up exactly from where we left off. I strongly urge you to hold on to those type of friendships with your tightest grip.

Lastly, don’t feel obligated to keep in touch if you can’t keep up or if you don’t want to. I grew an unhealthy relationship with my phone and I found it hard to appreciate my reality without sharing it on a virtual stream, with people who were only present through a glass screen. With time difference and a change of lifestyle and priorities, it was also tough to keep myself aligned with so many people at once. That's when I realized how important it was to find a common group between friends to stick to, or a difference that I can embrace and share.

My recent mistake was failing to keep in touch with a friend, only to try to unwound the awkward spaces in a conversation into a natural stance every time I sparked a conversation. Recently, she said: “The old you that I knew might no longer be there, and while I’m sure you’re still the same person, I’m not familiar with this new person you’ve grown into.” I’ll admit that hurt a little, but there’s much truth to that because we’ve all changed and part of the growing process is accepting that faults are made.

If you feel like you’ve lost a great deal back home, bring yourself into the present and remember that you’ve gained as much as you’ve lost.

Being abroad means you get to broaden your friendship circle with people from all walks of life. It’s an opportunity you shouldn’t miss out on, and it’s definitely one you shouldn’t feel shamed (or disliked) for. So don’t mourn the lost friendships, accept that they happened and embrace the new and present ones you have.

And don’t think of it as a replacement either, because let’s be honest, you can never really replace a person who meant something to you. Everyone comes into your life at the right time for a specific reason.  Relate it to a form of growth and making space in your life for more people. That way, you’ll have room for so much more experiences.