You are here: Home/ Articles/ Work Abroad/ Blogs/ That Time I Thought I'd Die In China

That Time I Thought I'd Die In China 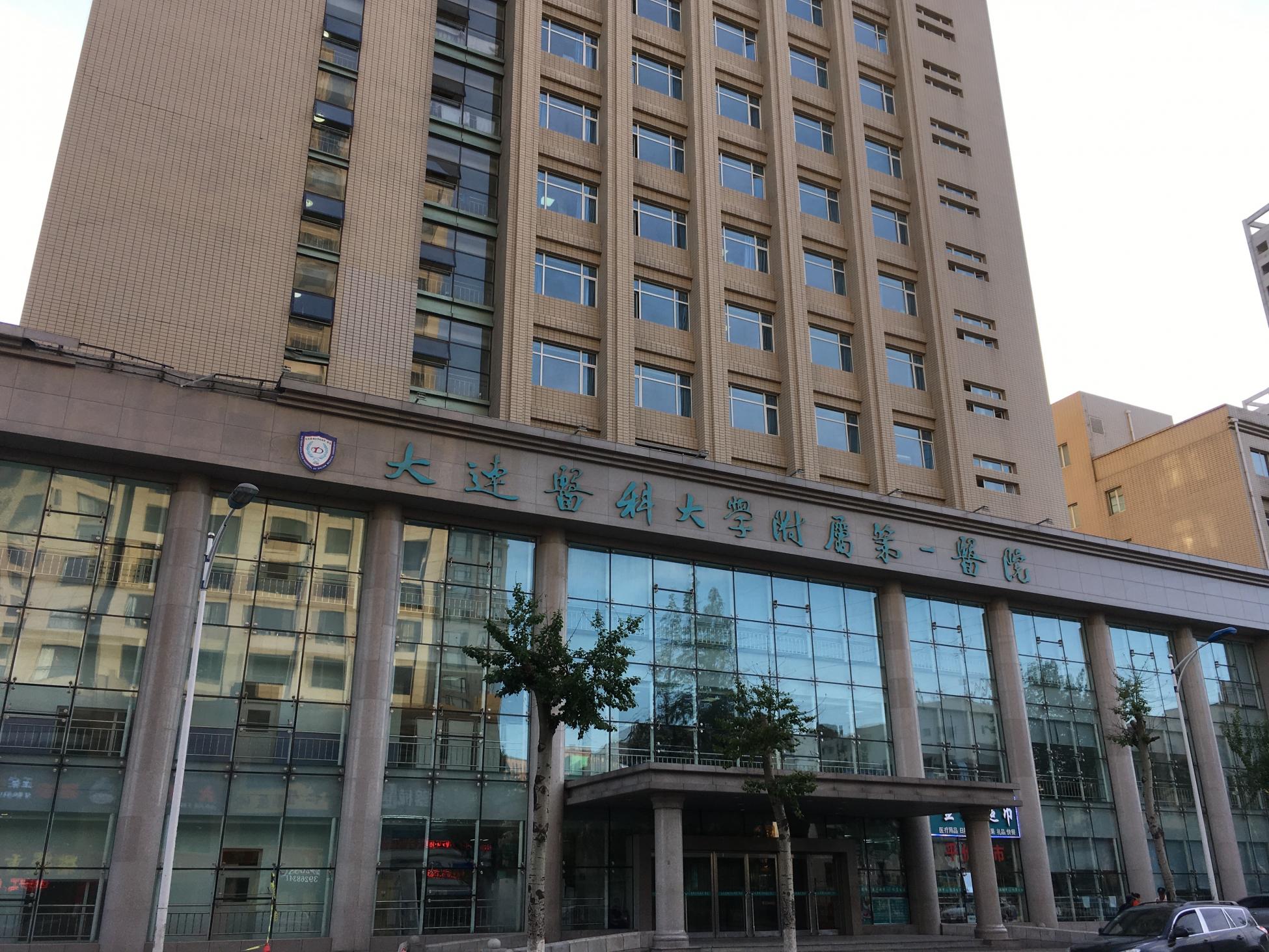 One of the hospitals that Jordan visited on the night he nearly died. Jordan Reed
By  Jordan Reed

Everyone dies. Five months after landing in China, I was certain my time had come.

My first Spring Festival holiday season began with curiosity toward the customs and activities commencing all around me. Fireworks, giant red Chinese knots hanging everywhere, red dragons, red envelopes—red everything. Like American Christmastime, you could feel the frenetic energy building as people prepared to return home and celebrate the Chinese Lunar Year with their families.

New Year’s Eve and New Year’s Day were good days, with Chinese coworkers sharing food, fireworks that’d put some fourth of July events to shame, and jiaozi (dumpling). Then on the first night of the Year of the Dragon, I heard Death calling my name.

I roll out of bed and crash to the floor in severe pain at 11 p.m. I cannot stand. Hobbling to the bathroom, I open the faucet and splash cold water on my face. A deep, sharp pain erupts in my side and my back breaks out in a sheen of sweat. I hover over the toilet, not sure what is about to happen. A ripple of pain drops me to my knees just as I hurl the contents of my stomach into the basin. Again and again.

Tears mix with sweat and six words become a mantra in my mind: I’m going to die in China.

Figuring out the hospital

Drenched in sweat, weak from emptying my body of everything I’d consumed that day, and still unable to stand straight, I somehow manage to get ahold a coworker at two a.m. Everyone else had returned to their hometowns or was asleep. To this day, how I got to the hospital is still a blur. There are flashes of me limping down the alley to the main road, bracing myself against the buildings. Hailing a taxi on the empty streets, and slurring my words so horrendously that the driver had to guess where I wanted to go.

Tears mix with sweat and six words become a mantra in my mind: I’m going to die in China.

Hospitals are numbered in China, or at least in Dalian. I enter the Number One Hospital’s ER and flashes from the “Body Check” I endured on my third day in China rose to my mind. Like that hospital, this one has cracks in the walls, peeling paint, and open Biohazard waste bins with contents gripping the edges like demented Oscar the Grouches trying to scare away patients. The scent of ammonia wafts from doorless bathrooms a few feet away. I’m barred entry until I pay the registration fee at a dingy looking window, and a paunchy guard has been following closely since I walked in.

Ushered into the ER, I sit in front of a doctor in a white coat who obviously hates his job and every person in the hospital. There’s a quick back and forth where it’s made clear I’m in pain, it’s from my lower back, and I’m not faking. Using a translation app, I punch in what I believe it is: kidney stones.

The doctor vacillates between expressions of deep concern and utter apathy. Then he turns to me and tells me—through limited English and a lot of gesturing—that I need to go to another hospital. He’s got to be joking. He isn’t. I walk into the hall, and with a horrendous growl, puke onto the floor as another wave of pain rips through me.

Outside, no taxi drivers want anything to do with the foreigner who looks like he’s going to die in their backseat. Luckily, a family happens to be leaving the hospital and offers to drive me—for 20 RMB. I climb in and the hospital guard gets in next to me. Apparently he’s coming with to make sure I don’t die. Along the way he asks if my side still hurts and laughs when I grunt the affirmative.

At the second hospital I’m ushered to the “Stone Smashing” room, and knock on the closed door. A sleepy-eyed doc opens it, looks me up and down, takes the slip of paper from my hand, and closes the door. Five minutes later she opens up and hurriedly slaps some ultra-sound goo on my back and takes a scan. The only things I understand from her examination are “I can’t see anything,” and “go downstairs.”

Once downstairs, I’m directed to the “Emergency Scanner” room where the same procedure is done. This time, though, the results are clear; two small harbingers of Hell have lodged themselves low in my kidney. Great, now we can get this taken care of.

I’m told to go back to the first hospital. I don’t even know how it happens, but I make my way back and am greeted by the same apathetic doctor and the only nurse I’ve seen in the entire hospital. She is multi-tasking while everyone else in the building seems to be napping. Also, the pile of vomit I left them with is still in the hallway.

I hand the doc my results, he nods, confirms that he agrees with the paper’s declaration. And then just stares at me. Communication comes to a standstill. Even the nurse begins to tend to her other tasks. They’ve just stopped interacting with me. This is the opposite of helpful.

It’s at this moment that my phone rings. It’s the manager of my school. She’s contacted the CEO of the company that owns our school and he’s on his way. In my near-delirious state, this makes almost no sense to me. I pass the phone off to the doctor. He nods a few times, throws out a couple hao, hao’s, and one or two zhidao le’s. He gives my phone back and says something to the nurse who then leaves and returns quickly with a big needle and a syringe.

I’m too exhausted to stop her as she jams it deep into my butt cheek. They wheel up a gurney and place me in it. Both the doctor and the nurse’s demeanours have changed. They seem to want to help me live now. By the time the CEO, Wayne, arrives, there’s a been a significant decrease in the amount of pain radiating from my kidney. Wayne smiles sympathetically and apologizes for not being there earlier. I’ve met him once before, and thought of him as a nice guy, but showing up at a hospital at four in the morning during a holiday elevates him to saint in my book.

With his intercession things get done quickly. We head back to the other hospital in his car. (For those counting, I’ve now been to two hospitals twice in one night.) Upon arrival, we head to the “Stone Smashing” room. I’m placed on a table and de-pantsed to my knees. An electrical snap that feels like someone is flicking me with a popsicle stick jolts through my stomach as I lay with my butt propped up. Wayne stands next to me talking about his family and his own hospital experiences. At this point, enough of the pain has subsided that my thoughts return to considerations of etiquette. For example, should I be concerned that my boss can see my bare butt? Was it manly to double over in front of nurses and strangers? Is vomiting a good way to make a first impression?

Should I be concerned that my boss can see my bare butt? Is vomiting a good way to make a first impression?

A short time later I’m able to walk upright once more. They lead me to the IV room where patients sit in silence as medicine slowly drips into their bodies. I’m hooked up to one, but told to stay standing and that I should actually hop around to dislodge the stones and encourage their passing. This bit of humiliation comes at the tail-end of my endurance, and I don’t even grumble at the ridiculous request. Wayne stays for a while, and I thank him profusely for everything he’s done, which includes paying for everything. He shrugs it off and invites me to his family dinner that evening.

The sun is up and the second day of the Year of the Dragon has begun by the time I finally crawl back into my own bed and fall asleep.

To sum the experience

After almost six years in China, that first Spring Festival trip to the hospital(s) still stands out in my mind. I’ve had physicals, stitches, and even dental work here, and every time I go there is something that shocks me.

That being said, China’s medical system does have a lot of advantages. First and foremost, if you have the cash, you get treatment rather quickly. MRIs, stitches, and consultations are a fraction of the cost compared to America. Back home, when you want to see a doctor the wait and price can be unbearable, but here things go fast. The population size definitely propels this more expedient approach, but can also present large quality differences in the doctors you end up with. They see so many patients in a day that there is no bedside manner and they often just rattle off diagnoses that make you jump from one test to the next like some strange game of Medical Hopscotch.

On some visits I prefer the cheap and fast approach, and on others I’ve lambasted this drive-by, machine-like method that leaves patients feeling more like cattle than humans. Like everything else as an expat in China, it’s impossible to paint this place in either black or white.