You are here: Home/ Articles/ Work Abroad/ Blogs/ A Glimpse of Dalian, China

A Glimpse of Dalian, China 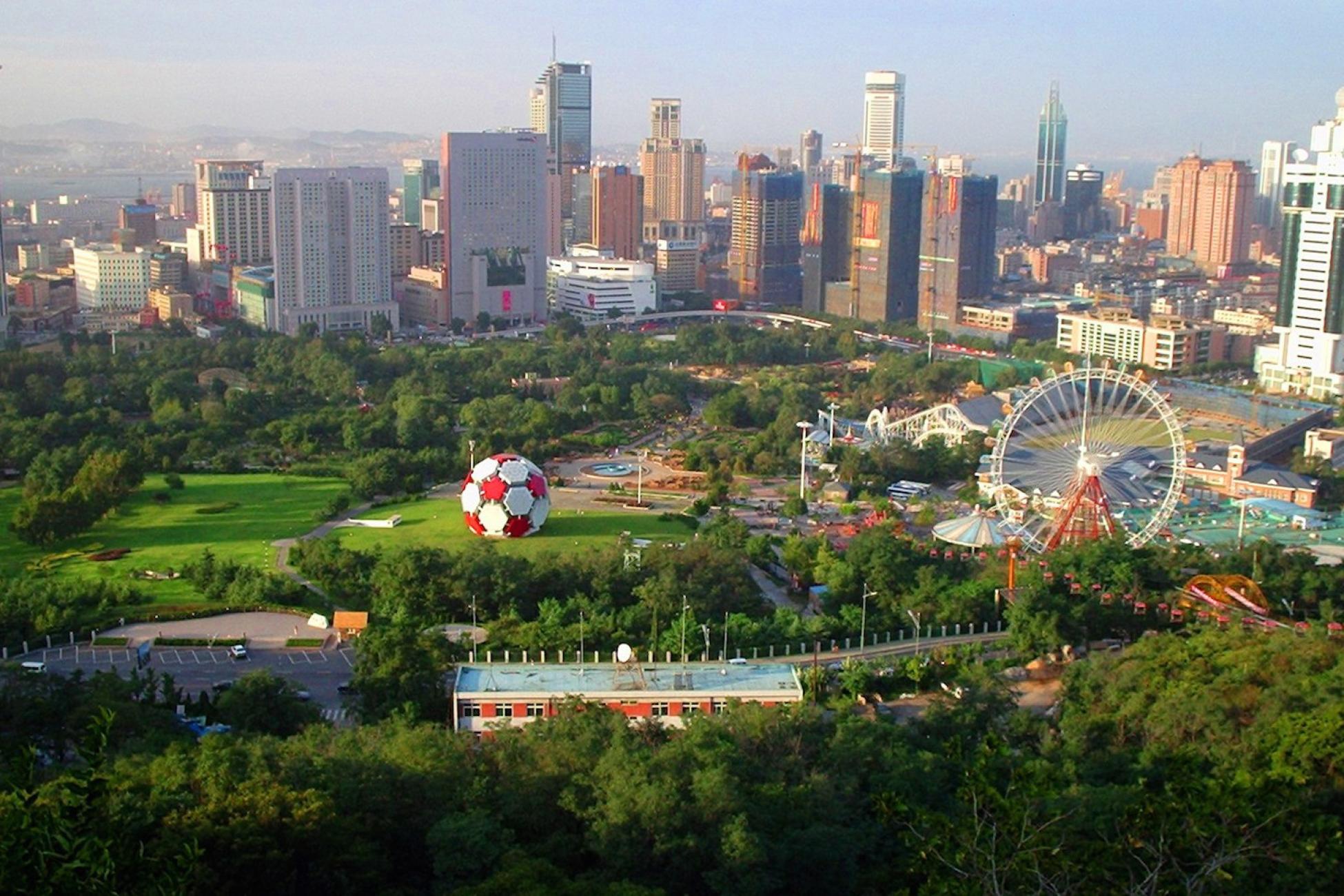 I’m squeezed in next to a mix of humanity on the Qing Gui, the Light Rail Train, all of us on our way home from a day’s work. From where I’m standing I watch Dalian’s Development Zone flit by. Big Black Mountain, half-finished apartment complexes, small companies with big neon signs, restaurants, a sauna, a McDonald's, and the relatively new Wanda Plaza that opened last year. It’s all so shiny.

It’s my stop next, so I shimmy around a woman holding a baby. Pressed against one another shoulder-to-shoulder, hip-to-hip, it feels like we’re cattle in a too-small corral. Some of the scents wafting around in the train car drive the simile home. A passenger has recently been to a fish market, and I’m not convinced it’s fresh, either. A sour, meaty odour smacks me in the nose, and I notice the mother unraveling an orange sausage that looks mildly radioactive and smells like it’s been setting in the sun all day. It’s called xiang chang (perfumed sausage) but I can’t imagine anyone ever wanting to dab that onto their body.

A burly looking guy with short black and grey hair sits on the bench to the side with his chin tucked to his chest and aggressive alcohol fumes floating off him. The smell is unmistakable—Baijiu. It’s the national alcohol of choice for the Chinese, a rice (and sometimes corn) wine that can strip an engine or get a shuttle into space.

I pull my gym bag from between a construction worker’s legs and a lady’s sack of bai cai (Chinese cabbage). The construction worker is a frail old man in a dusty grey suit jacket. He grasps his hardhat with gnarled fingers and looks me in the eye as I move by him.

From the left, a teenager glued to his phone’s screen pushes past us both and squeezes right up to the doors. No "excuse me" or "sorry" for shoving me or the old man. Earphones in, the boy holds his iPhone inches from his face as he watches a pirated version of Suicide Squad. The construction worker and I look at each other again and share a slight shake of the head. The gesture bonds us for a second—both of us silently commiserating over the rude state of youth today—and then the train comes to a halt, the doors open, and the old man uses his hardhat to pile drive his way past me and the teen.

It's called perfumed sausage, but I can’t imagine anyone ever wanting to dab that onto their body.

I laugh out loud, but my surprise doesn’t last long as the tide of those alighting crash into those trying to thrust themselves onto the LRT. Carried along most of the way, my feet barely scraping the ground, I make it off and down the steps, and, with a quick swipe of my transit card, out of the light rail station.

Taxi drivers huddle around the doorway, calling out for passengers. “Taxi, taxi, taxi,” they say to all of us. “Where to?” they add if they catch your eye. I shake my head, walking on, but then stop as a gentle puff of warm air hits my face. Instantly hungry and wanting to limit the sting of the cold wind at the same time, I look for the Kao Di Gua. Turning, I see the beat-up cylindrical aluminum stove and the smiley middle-aged man that’s baking the sweet potatoes.

He nods to me as I step up to him. We’ve done this several times already this winter. Holding a baked sweet potato is a great way to keep your hands warm (and they taste great, too). As he reaches into his stove, I remark that it’s freezing out and ask him how he deals with it. “Mei you wenti,” he says. No problem. Whether it’s bravado or he’s just used to being out in the elements all day long, I’m not sure. He hands me a giant potato wrapped in a plastic bag and I fork over the seven Ren Min Bi. Hot potato in my jacket pocket, I climb the steps of the overpass bridge.

At 5:30 p.m. the traffic is too heavy to wait for a big enough gap to appear. A group of people don’t agree, and move in a tight formation into the road. Cars and trucks stop for them and the traffic pattern is completely disrupted for a moment until they make it to the pedestrian median. No honking. Jay-walking is a sort of national pastime for the Chinese. The larger the phalanx trying to cross, the braver they are. Sometimes I’m a part of it, but not today. I’m already making my way down the steps on the other side of the bridge.

The machine-gun crack and rumble of fireworks in the distance echoes through the air, ricocheting off the buildings. It’s too late for a wedding or a grand opening ceremony, and it’s not a holiday. Chances are a construction milestone was just reached somewhere a few blocks away. Walking into my apartment complex, I don’t give it too much thought. It’s all just part of the daily white noise, the urban symphony, playing all the time when you live in China.

At the bottom of the well

井底之蛙 is a Chinese idiom that translates to “the frog at the bottom of the well.” The phrase is often interpreted as an analogy for people with little experience of the world thinking they know much more than they do. The slice of sky the frog can see makes up his entire world, and he refuses to consider anything beyond what his little life has shown him so far. Those who climb out of their wells are confronted by a brisk slap in the face at first. Jarring and scary at times, elating and enlightening at others. It’s not always what the movies make it out to be, but more times than not, when you get older you may cite not travelling as one of the biggest regrets of your life.

China is a sensory overload. Most expats I talk to about their first weeks in China refer back to the overwhelming noises, smells, sights, sounds, and tastes they experienced. Not knowing the language, unsure about which products to buy, where to eat, or even how to ask for help, they have no built-in defence mechanisms.

Except, they do. They’re abroad. In a new country that could almost just as easily be called a new world. They made that decision. They’re already equipped with the courage, flexibility, and passion for life that, once honed by trial and error, will help them succeed.

This is my life now, but it wasn’t always. I got used to it all in baby steps.

Everything I wrote above is true. Nothing is exaggerated or made up. That being said, the descriptions still don’t paint the most vivid picture. To describe something completely you have to step back and look at it objectively, but how can a drop of water look at the multitude of drops around it and describe the individual parts that make up the ocean? Once you dive in here, you become a part of it, and no words can truly carve out the appropriate way to describe what it feels like, no matter how surgically precise the scalpel may be.