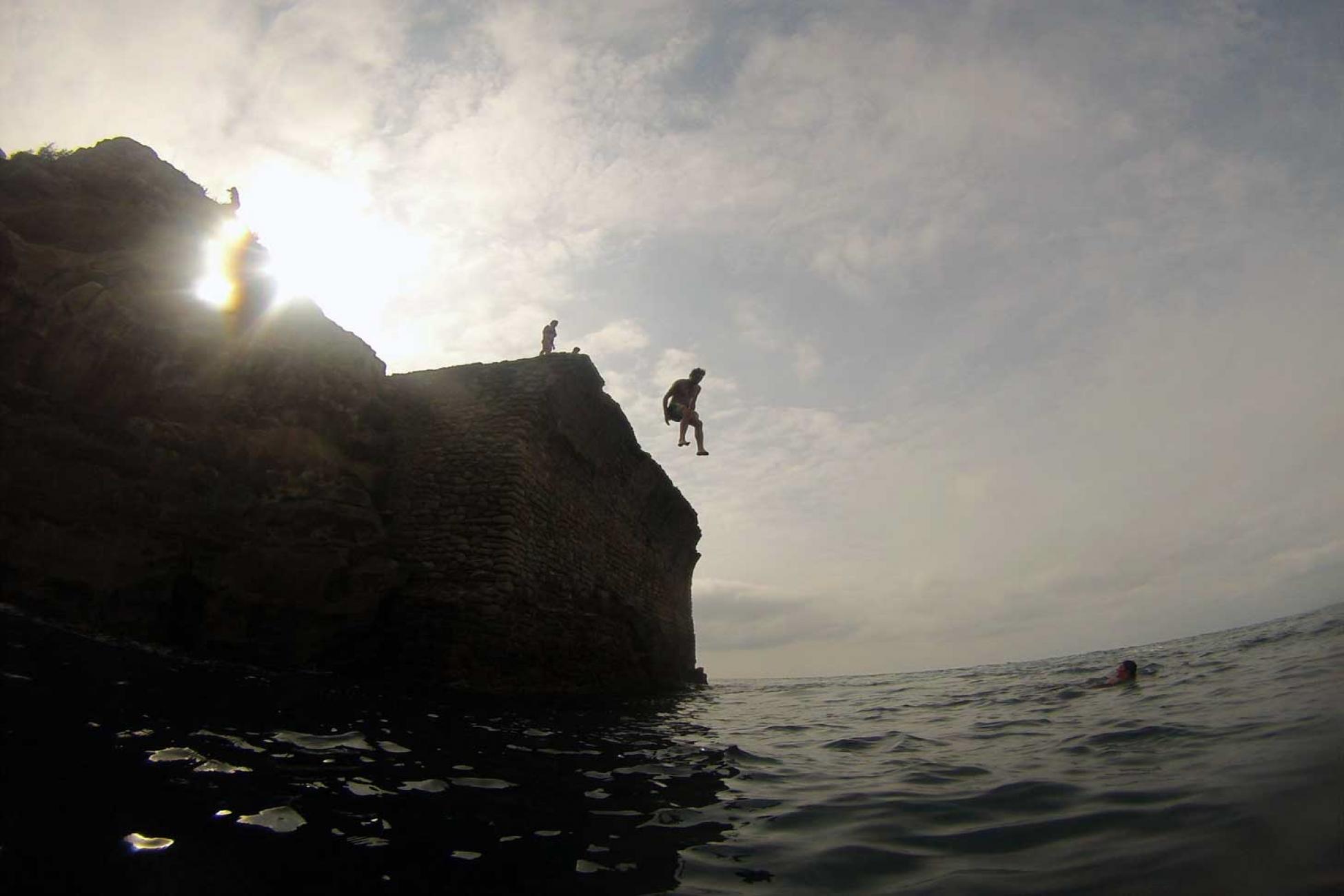 Natalie reflects on her (near) year of travel.

Two hundred and sixty-five days. Just 100 days short of my goal of spending an entire year abroad is cut short because I have to go home for my sister's wedding.

It's been one crazy year though. I flew to Europe thinking I would be in Austria only for the ski season, before I soon decided I was going to stay for a while. I went to nine different countries, fell in love, saw some amazing things, but still somehow didn't check anything off my bucket list. . .because I created new things to put on my list.

Doing an underwater sangria bong in the middle of the Mediterranean sea. Swim out 100 metres in the middle of the ocean and cliff jump off old ruins. Run with the bulls at San Fermin. Sleep alongside a vineyard in Spain and go to the “end of the world.” These are just a small handful of some of the adventures I had during my time in Europe.

Am I happy to be going home? Yeah, I guess. I get to see my sister get married and all my friends and family, but that means having the same conversation with everyone about my travels and what I'm going to do next. And after a week or two I know I'll be craving starting a conversation with “so where are you from?”

Life at home gets boring and that’s why I constantly travel. But the real world is calling so I have to go, but the next adventure wont be too far away—I can never stay put.