You are here: Home/ Articles/ Work Abroad/ Blogs/ Surviving Abroad with No Money

Surviving Abroad with No Money 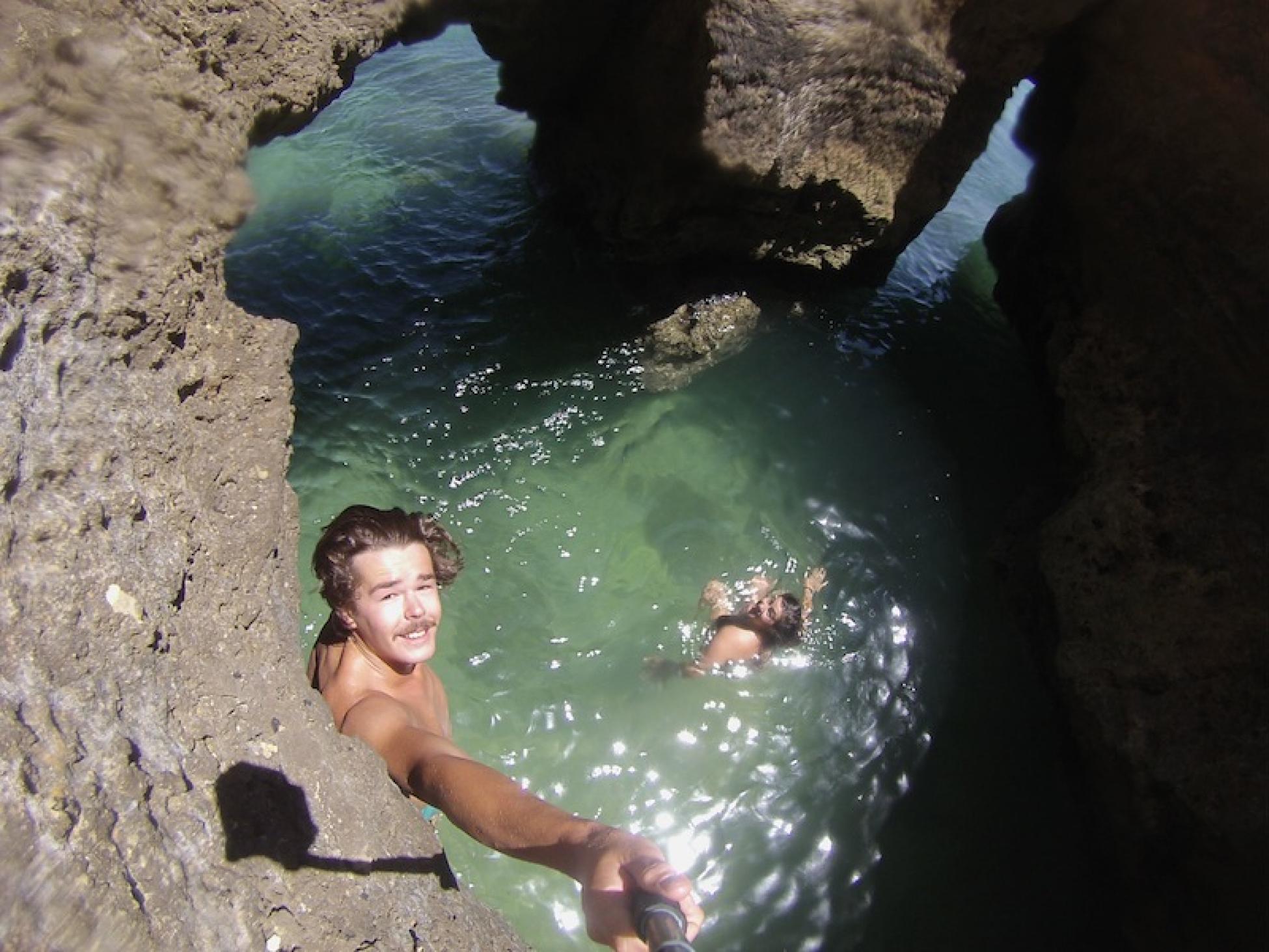 Natalie and her boyfriend explore a grotto in Lagos, Portugal.
By  Natalie Segovia

Natalie struggles to balance the books as she starts work in Portugal.

After losing my job in Austria, I was stuck between a rock and a bank account with no money. I quickly started emailing places to try and find work. Portugal was looking like a good idea when every day I was getting emails back from various companies. So I booked a one was ticket down to Lagos, Portugal.

Upon my arrival, I had a total of €150 in my bank account; not a whole lot to survive on. When I walked into my hostel I was instantly offered a job working at the reception there. Four hours a day of work, six days a week in exchange for free accommodation and breakfast. I was sold.

I knew I wasn't going to be making any money in Portugal as the standard rate of pay is €5 an hour for bar work, so I made the most of every penny. Having free breakfast every morning helped on the saving. And I would smuggle the fresh fruit to the beach every day for lunch. It wasn't a meal, but your appetite tends to wash away with the scorching heat on the beaches every day. And I never spent more then €5 on buying groceries for dinner.

After three weeks in Lagos I decided to leave because I got offered a job in Barcelona that could make my bank account balance climb pretty high. I lived off the bare minimum with almost no money and managed to survive for close to a month.

I didn't think I would make it and thought I was going to end up in the same position I was in while in Austria; no money, no job and nowhere to live. But I am now settled into a sweet house with a fair few other people in Barcelona with a mere €30 left. It's true that your survival instincts set in in dire situations, and for a traveller that means finding ways to keep yourself abroad. If you're ever in a similar situation, it's best to take a job that provides you with food and accommodation rather then money to start, as you'll run out of what little money you do have during your search. And if it's not something you initially want to be doing then who cares; it's keeping you in that wicked country that isn't at home with familiar faces and places.

I've been in some pretty sticky situations in terms of money and housing during the six months I've been in Europe and I'm still somehow standing.